Preview: Smack That (a conversation) at Newcastle Gosforth Civic Theatre

Smack That on Tyneside

Original, accessible and empowering Barbican hit from endlessly inventive choreographer Rhiannon Faith coming to Gosforth, 24 May. ‘I only make shows if something makes me angry’ 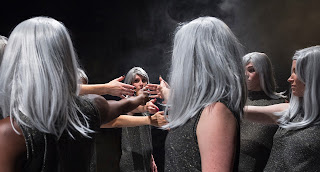 Meet Beverly. You’re invited to her party. Like most parties there’ll be fun and games, drinks, shared conversations, popcorn and energetic dancing. But this party has a darker side and genuine heartbreaking moments as Beverly bravely gives a raw and honest account of surviving an abusive relationship. 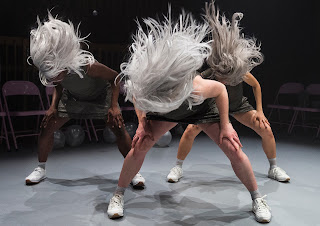 One in four women experience domestic abuse in their lives. Smack That (a conversation) by theatremaker and choreographer Rhiannon Faith shines a light on this complex subject. In 2018 the show sold out a week long run at The Barbican and a short UK tour, and was recently shortlisted for the Innovation in Dance category in the inaugural One Dance UK Awards. The show is coming to Gosforth Civic Theatre on Friday 24 May as part of a UK tour. 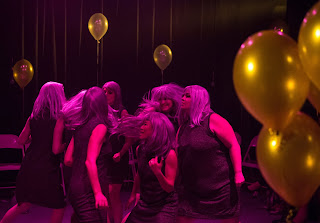 Smack That (a conversation) features a female cast of seven, all of whom play Beverly. They are a close-knit group made up of non-performers and experienced dance and theatre artists. Each has their own personal experience of domestic abuse and they convey the turbulent, real life experiences of domestic abuse that Beverly, and they, have endured and survived. The party setting creates a safe space for them to reveal the challenges they have faced and to celebrate their resilience with the audience.

‘raw, eloquent with a final note of hope’ Luke Jennings, The Observer

Stories of abuse intertwine with party games and energetic dance routines to create a powerful, moving and unashamedly entertaining piece of theatre. The fun, upbeat party setting allows these voices to be heard without prejudice and where marshmallows and party poppers readily mix with refuge contact information.


‘dance, participatory theatre and awareness-raising in one welcoming package,… a party game to help change the world’ ★★★★ The Guardian

Rhiannon said ‘The idea for the show has been with me for years from seeing the experiences and hearing the stories from friends and family and others who felt OK talking privately but lacked the confidence to talk publicly about what they had been (or still were) going through. A lot of dance is there to decorate the world, which is lovely but I am more there to change the world. I only make shows if something makes me feel angry.’

‘Inventive and demanding immersive dance-theatre … a work of urgent importance.’ ★★★★ The Stage 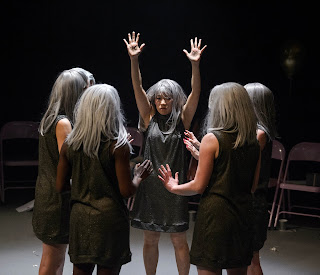 Crucially, Smack That (a conversation) is based on authentic stories told through the voices of survivors of domestic violence and abuse. It seeks to raise awareness of domestic abuse and move the conversations from private to public.
The show is designed to support women and encourage them to talk openly about their experiences. It is underpinned by Rhiannon’s work with a support group at Safer Places, the independent charity that provides services to adults and children affected by domestic and sexual abuse.

Reported instances of domestic abuse throughout the UK are said to have almost doubled in recent years.
In the UK police receive a complaint about domestic violence every 60 seconds.
One in four women experience domestic abuse in their lives.
On average a woman is assaulted 35 times before she receives help.
750,000 UK children witness domestic abuse or violence each year.
The impact of domestic violence costs the UK £15.7 billion annually.
In England and Wales one woman is killed by their partner, or ex-partner, every three days. 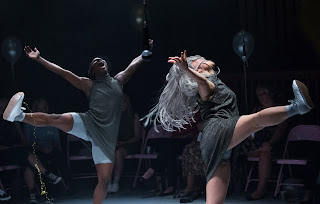 ‘The creative process required a great deal of vulnerability and trust’ added Rhiannon ‘I knew that before I could create this show I had to be totally sure that we would be able provide proper care and support for my Bevs’. During the creation process there was regular support for the team from psychologist Joy Griffiths, who is also available to the audience during and after all performances.

‘treats its subject matter with huge sensitivity and honesty’ ★★★★ DanceTabs 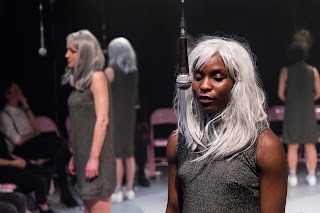 Smack That (a conversation) has a lasting legacy and impact. All venues that it’s staged in are encouraged to become J9 centres. ​This national initiative aims to provide​ safe and secure opportunities for victims to disclose domestic abuse and access a full support system. J9 venues display pink J9 stickers in their windows, signalling to the public that it is safe to talk. Staff at each J9 contact point are provided with training to raise awareness and increase understanding of domestic abuse. They are trained to signpost, advise and spot the signs of domestic abuse. Each venue has a safe place where victims can access information and use a phone to call for further help. Following the 2018 performances The Barbican, with 600 staff is now a J9 venue. 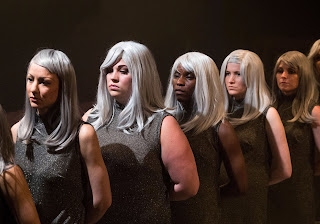 Smack That (a conversation) has been published by Oberon Books as an Instructional dance theatre play. To mark the UN International Day for the Elimination of Violence Against Women the rights to the play will be available each November free to groups around the world to enable them to perform it and raise money for their local refuge/women’s group. 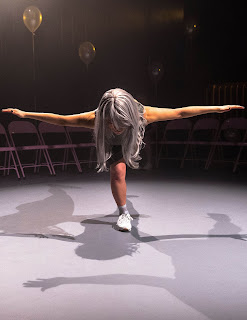 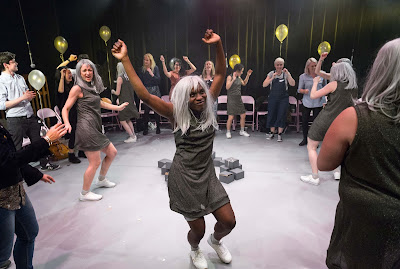