News: Shirley Ballas To Star In Darlington Hippodrome’s Jack And The Beanstalk

Shirley Ballas will be swapping the Strictly dancefloor for the Hippodrome stage later this year to star in the theatre’s annual pantomime.

Darlington Hippodrome are delighted to announce Shirley Ballas will star in the festive family pantomime Jack and the Beanstalk as Mother Nature, helping Jack outwit the evil giant and win fame, fortune and the hand of the girl he loves. 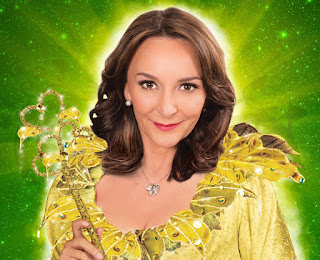 Since hanging up her competition heels twenty years ago, Shirley has gone on to forge a hugely successful career as one of the top Ballroom and Latin teachers and adjudicators in the world. She brings her immense expertise and experience to the judging panel of BBC’s primetime show Strictly Come Dancing, where she has been Head Judge since 2017.  In addition to her role on Strictly, Shirley has been seen giving masterclasses and commentating on the American series Dancing with the Stars, is a frequent panellist on Loose Women, was the subject of BBC1’s Who Do You Think You Are?, joined ITV's This Morning team presenting the feature Matchmaker Mountain, and climbed Kilimanjaro for Comic Relief’s Return to Kili. Last year Shirley made her pantomime debut for producers Qdos Entertainment in Liverpool, winning acclaim from audiences and critics alike.

Jack and the Beanstalk will be produced by Qdos Entertainment, the world’s biggest pantomime producer, and the team behind Darlington’s annual pantomime, who guarantee another must-see production packed with audience participation, sensational music and dancing, jaw-dropping special effects and fantastic festive entertainment suitable for all ages.

Jake Hine, Executive Producer for Qdos Entertainment, said: “I’m thrilled that we have managed to tempt Shirley out from behind the Strictly judging desk to show Darlington audiences just why she’s considered one of the world’s finest dancers. After her debut in pantomime for us last year I know Hippodrome audiences will enjoy yet another fantastic show this festive season.”

Darlington Hippodrome Director Lynda Winstanley said: “Strictly Come Dancing is one of the most popular programmes on television so who better to star in Darlington’s best pantomime than head judge Shirley Ballas. I’m sure Darlington audiences will be as excited as we are to see Shirley tripping the light fantastic on the Hippodrome stage.”

Tickets:
Jack and the Beanstalk runs at Darlington Hippodrome from Friday 6 December 2019 to Sunday 5 January 2020. For full details and to book visit www.darlingtonhippodrome.co.uk or call 01325 405405.
Posted by North East Theatre Guide at 11:18