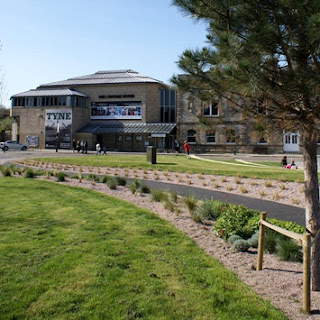 The return of one of the region’s most loved duos, a world-class musician and a new musical are all coming to The Customs House stage this summer. The Mill Dam venue in South Shields has an exciting summer season lined up. Even if the weather doesn’t always heat up the theatre certainly has all the hottest acts.
Customs House Executive Director Ray Spencer said: “Once again we have a full and interesting line-up with something that everybody can not only enjoy but plenty of things that people can try for the first time. This season sees us bring the vision of ex-pat Andy Bogle to life in Geordie The Musical, bring live cinema events to The Customs House for the first time and so much more. We have everything from the opportunity for cellists to have their cello played live on stage by the best in the world to a sing along to the country’s all-time favourite musical. Pick up a brochure today!”
Waiting for Gateaux, from the writers of Dirty Dusting, will have you rolling in the aisle with a tale about chips, chocolate, weight loss and friendship from June 10 to 13.
Ballet Theatre UK, who last year brought The Little Mermaid to the theatre, will present Aladdin in a stunning new show on June 19.
Live Cinema events are kicking off this summer with Andre Rieu live from Maastricht in July and The National Theatre’s Hamlet will be beamed into the cinema in October.
This August Geordie The Musical will hit The Customs House stage. Step back to 1890 as The Customs House presents the premiere of this brand new musical which combines traditional Northumbrian songs and music with the award-winning storytelling skills of Tom Kelly, from a story from Andy Bogle.
You won’t be short for things for the kids to do this summer. The venue boast a cinema which shows plenty of children’s films including Minions. Also in the theatre there’s Only One Direction in July and Joseph and the Amazing Technicolor Dreamcoat and Silly Simon the Sailor in August.
Top-notch music includes crooner Joe Longthorne in June and Britain’s Got Talent’s Jive Aces in August. July sees a free comedy show from Lewis Scheffer and August will see a 50th anniversary celebration with Sing-a-long-a Sound of Music.
The venue has some of the best tribute bands around gracing the stage including The Blues Brothers Experience, Abba The Show and Magic, A Kind of Queen in June, The Robbie Williams Experience and The Billy Fury Years in July, and Beatlemania will be on stage in August.
For musical lovers Customs House favourites Encore are back, South Shields Gilbert and Sullivan Society are performing the A- Z of Musicals, Reavley Theatre School are producing Seussical Jr and Starset Theatre are performing Hairspray.
The venue’s latest What’s On guide also looks ahead to the next season with acts including comedian Chris Ramsey, Catherine Cookson’s The Cinder Path and An Audience with The Original Stig. And, of course, the pantomime Alice in Wonderland is on sale now.
The What’s On guide can be picked up from The Customs House, local libraries and tourist information centres.
Tickets:
To book tickets or for more information on the season visit www.customshouse.co.uk or call the box office on 0191 455 1234. 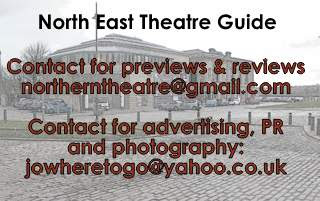