A Live Nation and Zen Tiger Live presentation in association with WME Entertainment. 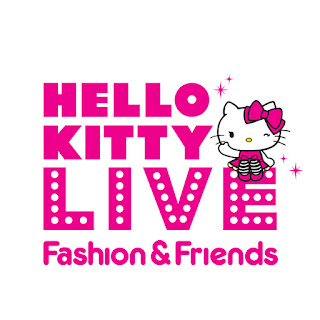 HELLO KITTY LIVE - FASHION & FRIENDS gives fans of all ages the first ever opportunity to physically enter the world of Hello Kitty as she takes to the stage live and in 3D for this World Premiere, the latest development in the continuing evolution of this global super brand.

See Hello Kitty like you've never seen her before as this fashion icon welcomes audiences into her world in a story that highlights the value of friendship, creativity, respect for nature and a love of learning.

The producers at Zen Tiger Live have assembled an accomplished creative team comprised of Richard Lewis, creative director of a long list of successful productions including Peppa Pig Live and Lazy Town Live; Del Mak, choreographer of TV show Got to Dance and LRNZ, one of the most acclaimed upcoming visual artists on the digital scene. Together they have created a fun-pack=
ed show, where the characters on stage and the animations on a mega HD screen interact with the public as the story unfolds.

Steve Homer, Promoter at Live Nation Entertainment, said 'We are delighted to have Hello Kitty Live - Fashion & Friends on our roster; she is a natural addition to a line-up of Global superstars we work with including Madonna, Rihanna and Beyonce.'

Fans will also be invited to enter a competition to win the ultimate Hello Kitty fan prize - the 'Platinum Hug' VIP package at a venue of their choice, plus runner-up HELLO KITTY LIVE SUPER-FAN GOODY BAG prizes which will be full of exciting Hello Kitty merchandise.

An exclusive and limited series of HELLO KITTY LIVE - FASHION & FRIENDS merchandising will be available only at the show venues.

The official premiere will be in London on 8 October 2015 at the Hammersmith Apollo before the show departs for an extensive tour across the UK with future dates planned across Europe (to be announced).
Tickets:
Booking Information - Box Office: 0844 871 3022*
Groups 10+: 0844 871 3042
Online: www.ATGtickets.com/Sunderland
*Booking fee applies