Review: Stand Up And Rock at Darlington Civic Theatre 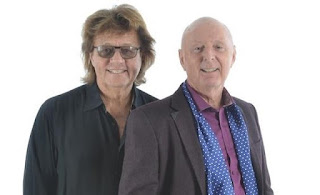 Jasper Carrott has not been on tour since 1998 but he was far from rusty as he kicked off proceedings in Darlington. The funny lines were flying out with comedy timing much to the delight of the audience. His set was both modern, representing life in 2015, and it was reflective, as Jasper pondered on the changes that come with old age.  After sharing the mysteries of women and the delights of hot curries, Jasper handed over to the live band. 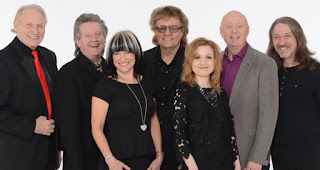 Bev Bevan has been in classic bands such as The Move, ELO and Black Sabbath. He was joined by Rockin' Berries lead singer Geoff Turton, celtic rock band Quills lead singer Joy Strachan-Brain. The band included Tony Kelsey on guitar who has played with Robert Plant & Steve Winwood and Phil Tree on bass, who was in Wizzard, and Abby Brant on keyboards.  Taking turns with vocal duties they worked through a number of popular songs by the likes of The Beatles, Tina Turner, Paul Carrack and The Moody Blues.
After the interval Carrott returned for another entertaining set of comedy gold before picking up a guitar and singing short numbers about topics like acne. When the band returns we hear Jasper Carrott’s hit Funky Moped along with hits made famous by the likes of Roy Orbison and Status Quo. Whilst the band are hugely talented it seems a shame to hearing them playing other peoples hits rather than their own. It was therefore a delight when they launched into ELO’s Mr Blue Sky and Don’t Bring Me Down.  Along with the encore of The Move’s Blackberry Way, the band left the best to last.
Jasper Carrott is one of Britain’s most loved comedians for a reason and he hasn’t lost his comedic touch. He is well worth seeing live and there is every opportunity to do so as he plans to do lots of dates through 2015. Bev Bevan and his band have more talent in their finger nails than the average BGT contestant has in total and they had the crowd clapping along. All in all, a thoroughly entertaining variety night.
This review was written by Stephen Oliver for the North East Theatre Guide by Jowheretogo PR (www.jowheretogo.com). Follow Jo on twitter @jowheretogo, Stephen @panic_c_button or like Jowheretogo on Facebook www.facebook.com/Jowheretogo
Read the original North East Theatre Guide preview here
On Tour: 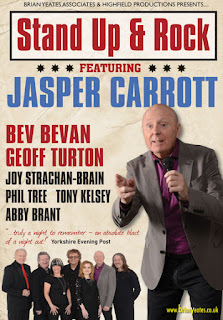