Family Fun In The Park
Mr Stink
Jesmond Dene
Until 21st June 2015.
The beautiful setting of Jesmond Dene was the venue for the outdoor performance by Heartbreak Productions of David Walliams’s MrStink. The outdoor season begins with this firm family favourite about 12 year old Chloe, who is finding her place in the world. 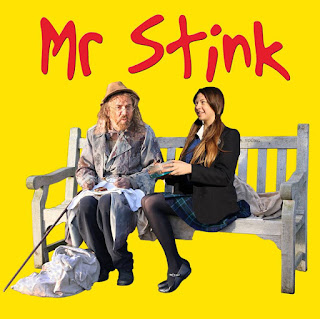 The venue is set up with a spot for picnics and small people on rugs near the stage, a place for people to put their camping seats in the middle and covered seating area at the back. Everyone ends up with a good view of the raised stage.  The sound is amplified subtly so everyone is able to hear. All you then need is a warm evening and you’ll be ready for a great night out with the family.
The show opens with the popular daughter Annabelle Crumb (Abigail Lamb) welcoming everyone to her birthday party. The audience are invited to sing happy birthday in the first of several chances for audience participation which seems to go well with both parents and the younger crowd. 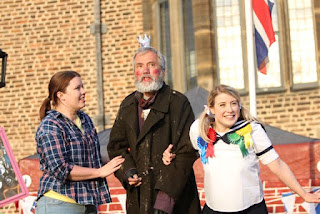 It is clear from the gifts and comments from mother Mrs Crumb (Lily Carrie) that Annabelle is the popular daughter compared to Chloe (Samantha Dart). Poor Chloe is a creative person who writes stories and keeps a diary which she wants to share but her unsympathetic Mother doesn’t want to hear.  Only her Dad (Danny Milwain) encourages her.
The audience are sent back in time to the start of Chloe’s diary and her first encounter with the tramp who calls himself Mr Stink (Howard Scott Walker). Despite his odour Chloe quickly strikes up a friendship with Mr Stink as he doesn’t talk down to her.  Mr Stink eventually moves into the Crumb’s shed, but only Chloe knows about it. 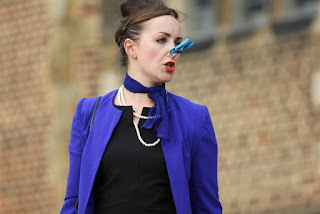 Some politics does play a part in the story as Mrs Crumb stands for election off the back of some funny policies.  The only trouble is you could imagine some political parties actually wanting to adopt them.

There is also some social commentary about the reasons behind homelessness and the general public’s attitude to it, though it remains light-hearted.
The production, directed by Peter Mimmack,  retains the funny elements of David Walliams original book.  The real strength is in the acting which kept the attention of the younger members of the audience.  From the delightful interplay between Chloe, her Dad and Mr Stink to the slightly over the top mother and sister, the story was wonderfully staged. 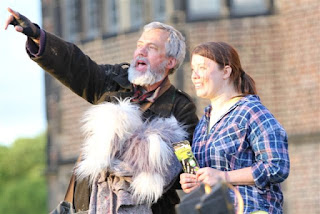 The musical numbers, with support from members of the Gosforth Community Choir, fitted into the story well.
The story reflects well the insecurities of life for a 12 year old trying to make sense of the relationships with everyone that she meets. As Mr Stink says “A bully can only make you feel bad about yourself if you let them”. 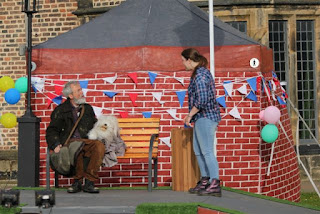 Mr Stick is cracking story that shows everyone has a back story to tell.  The cast worked hard to entertain the theatregoers and the show went down well with audience members of all ages.  All we need now is a weekend of warm sunny weather to make it perfect! 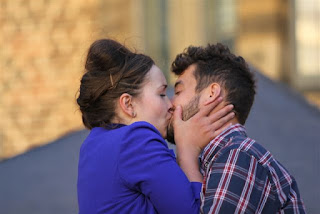