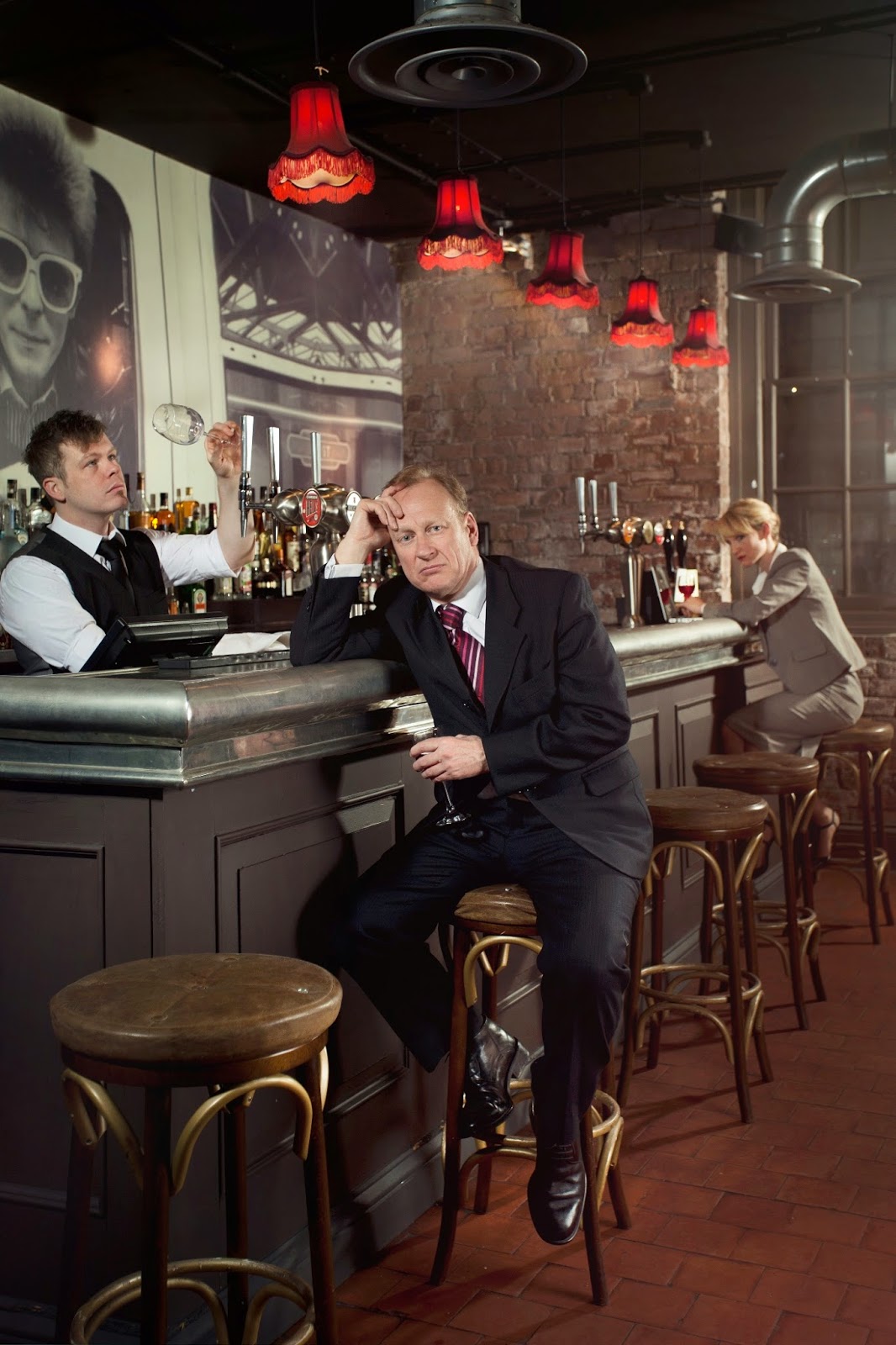 Live Theatre is a leader in the presentation of new writing. They are not afraid to tackle the tough subjects of what life is actually like head on. Amazing drama such as Faith And Cold Reading or Wet House (See Jowheretogo Review here) or political explorations such as A Walk On Part have had us recommend strongly that people should walk away from the television and give Live Theatre a try. Without exception, our recommendations have resulted in new fans for the Newcastle Quayside venue. What Falls Apart is another Live Theatre classic that reaches for the jugular. 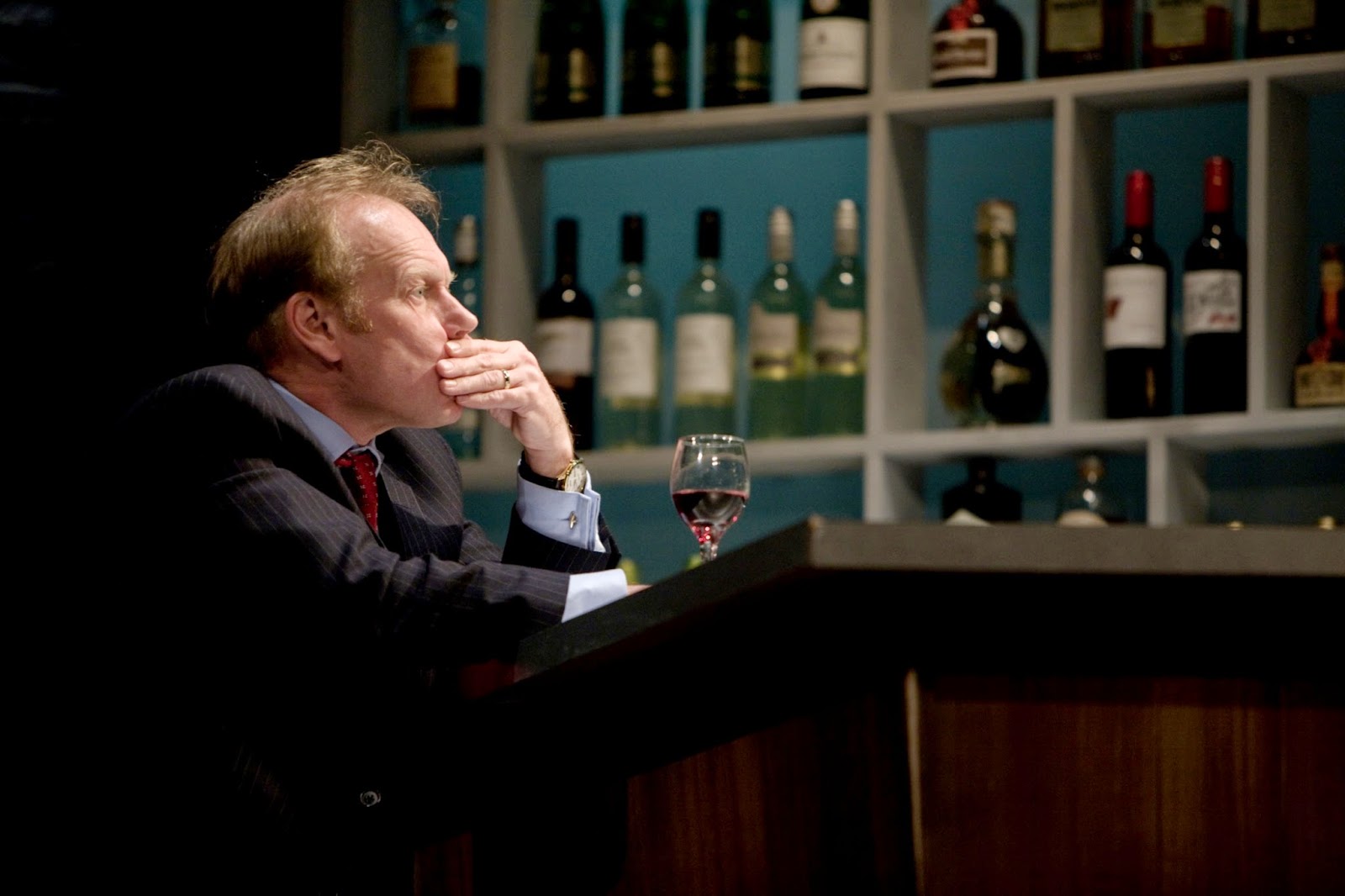 In Torben Betts play we start in the 24 hour bar in a hotel with a Labour election candidate propping up the bar as the sole customer, supping his wine and musing on the day.
Campaigning has been met with indifference or hostility as the electorate still remember the illegal war. For Tom Savage this is a fairly new situation as he had not drunk until he was in his 40s and he had started to feel the effects of being in government. 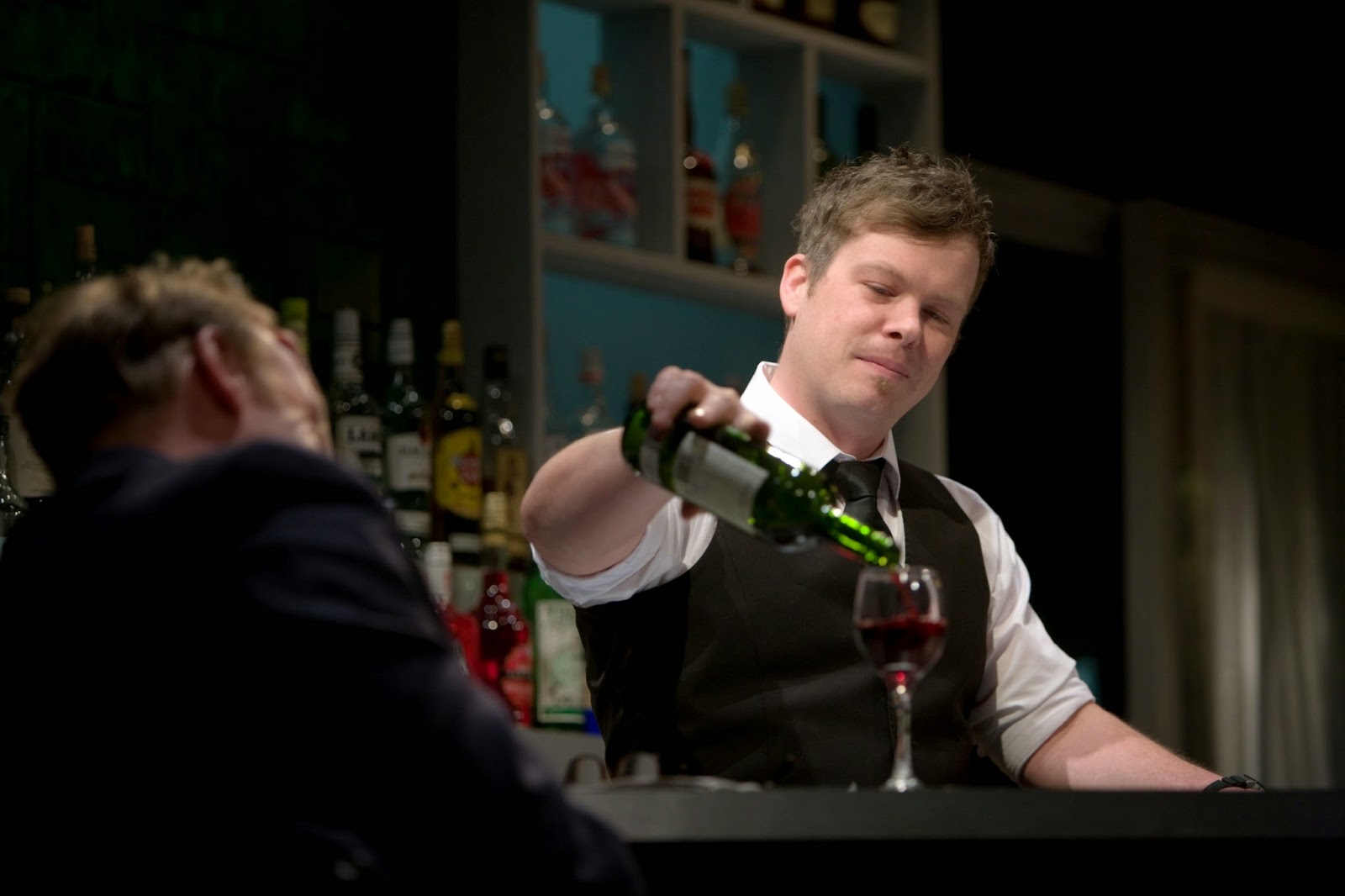 Listening to his woes is barman Gary, who is a master of the bar quiz through his incredible memory. Tom cannot remember the previous night very well, and this includes a photo that Gary has now got on his phone which could be embarrassing for his political campaign. 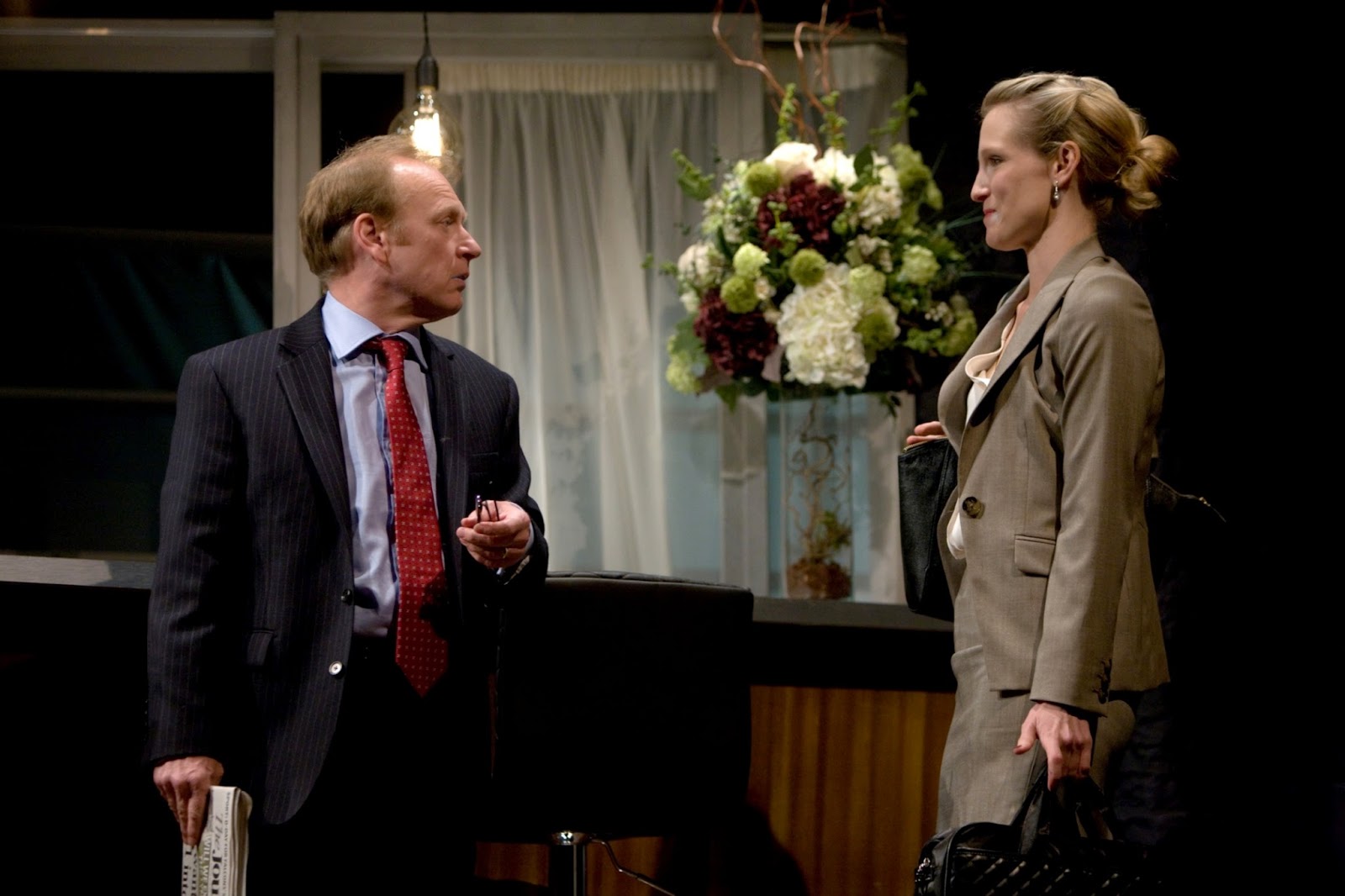 After offering money for the picture to be removed he decides he should retire for the night just as a young lady who claims to be a fan appears at the bar. Venetia Fitzpatrick offers the old campaigner a drink which he is reluctant to take. She knows a lot about him and she is quite insistent. As he eventually accepts the drink he starts rolling a series of events that will make this a memorable night. 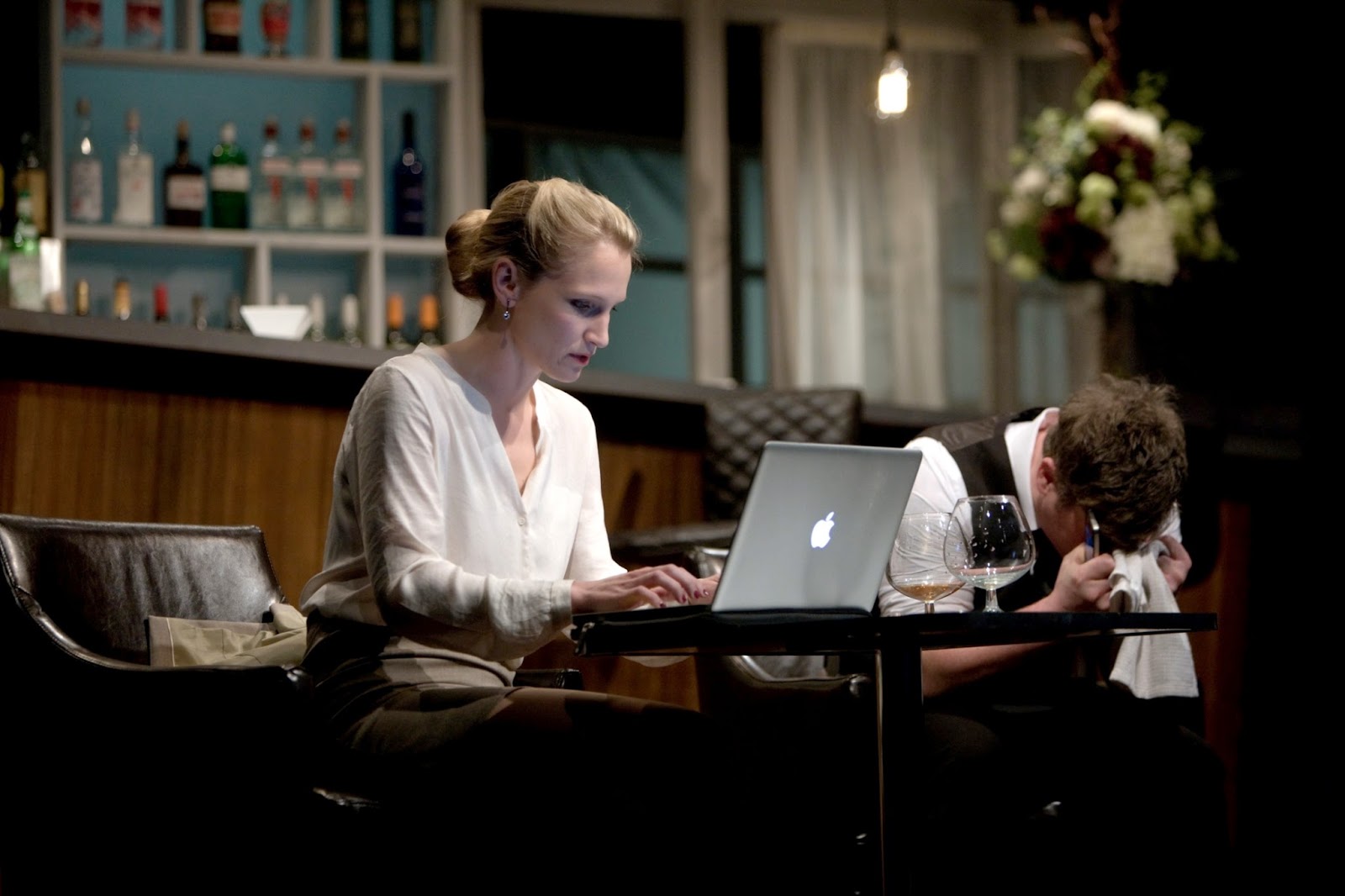 Director Max Roberts has created a theatrical event in which the 2 hours flies past at some rate. The bar tender, Gary, is played by the wonderful Kevin Wathen who juggles both the bottles and the dialogue to great effect. Zannah Hodson is captivating as the temptress who seems rather too eager to have the company of a middle aged election candidate. 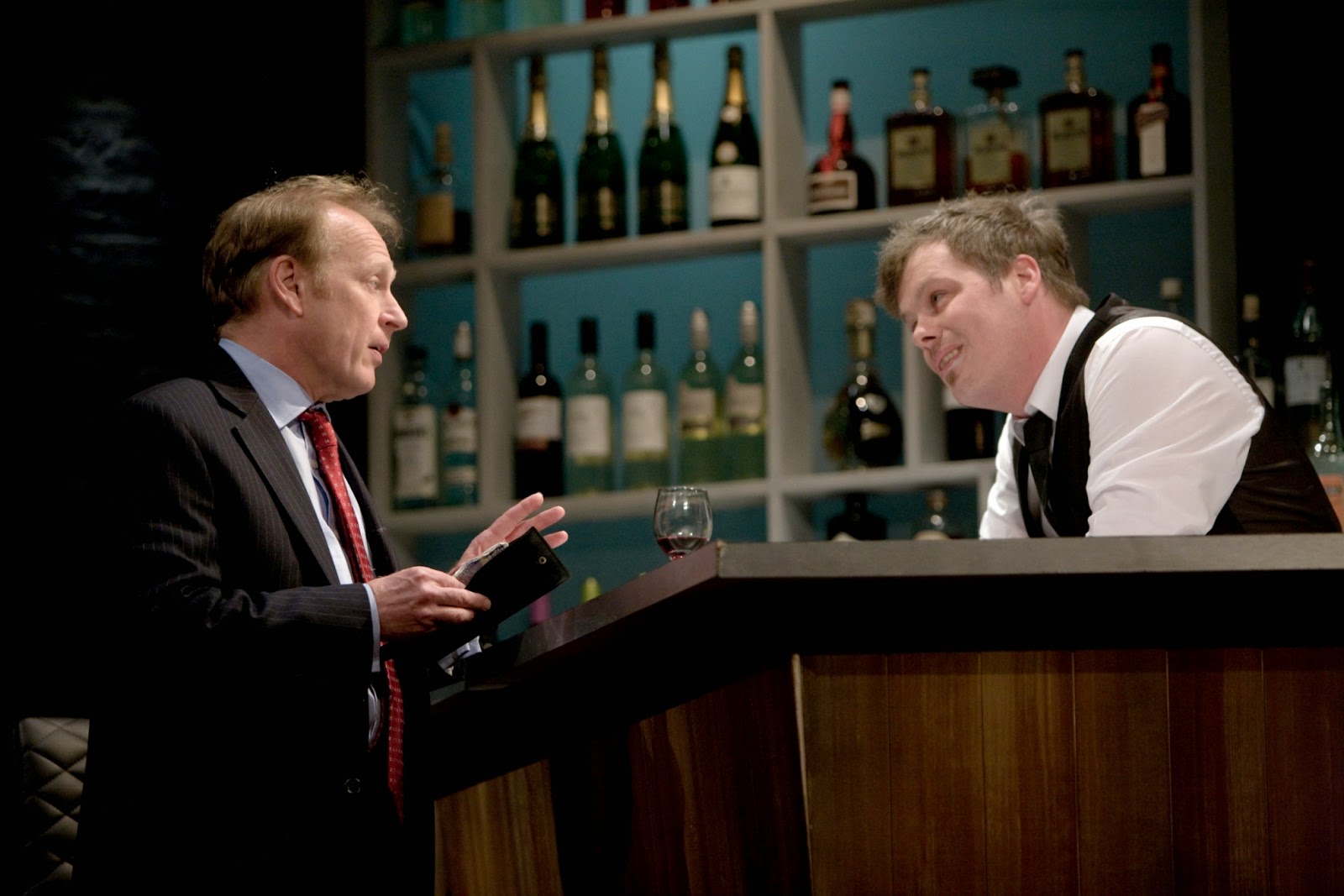 It was important that, given the bad press that members of Parliament have had in recent years, that Nigel Hastings plays Tom Savage as a man that the audience can empathise with. Nigel is convincing as the career politician.
Unusual for a Live Theatre production but there is a set change but each set is very cleverly designed to enable everyone in the audience gets a great view of the action. 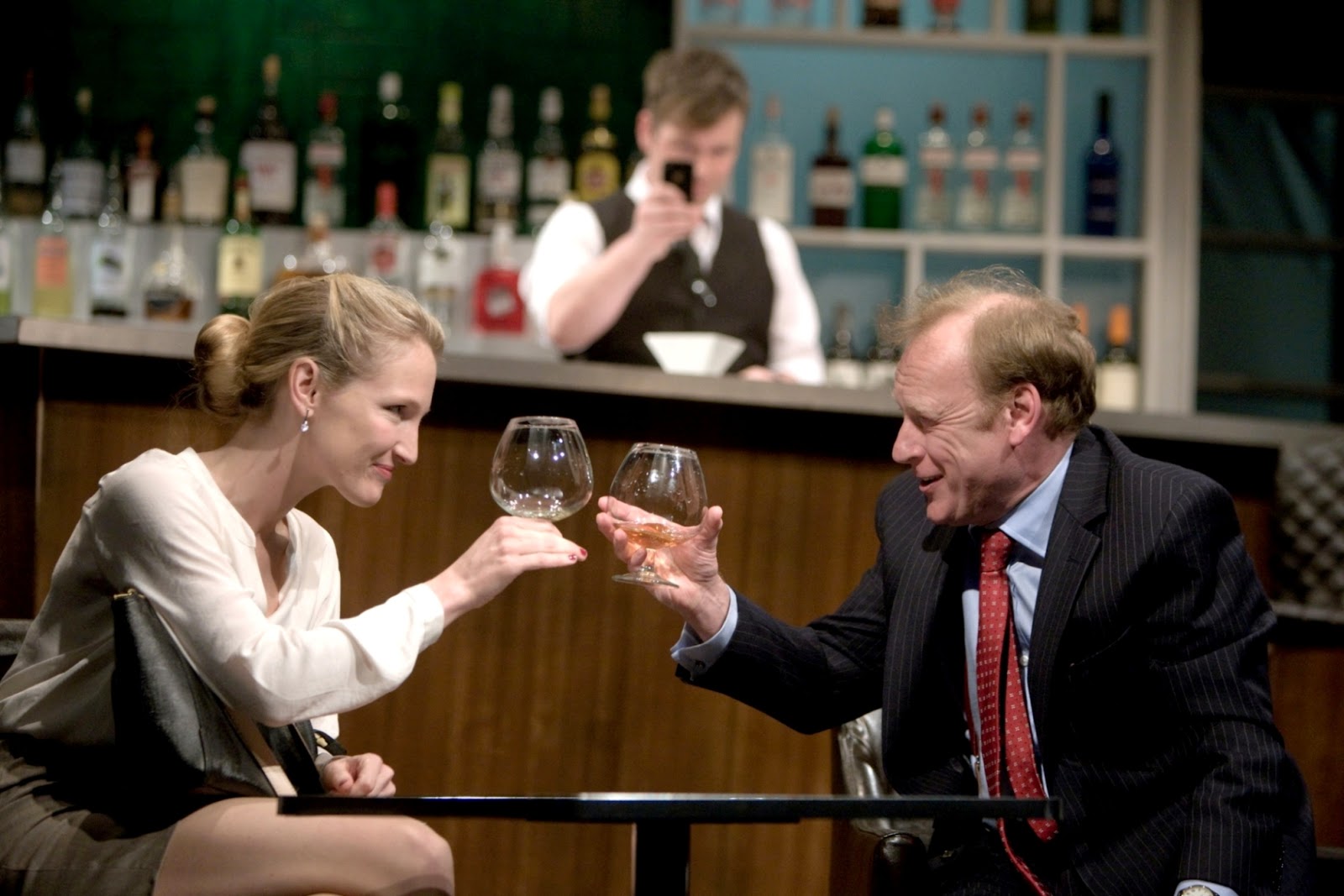 This is a fabulous drama that deserves to be seen and enjoyed. It is a powerful exploration of issues that can form the back stories of ordinary people, be they working class or wanting to join the ruling class. Like all good theatre, it requires emotional engagement and leaves you pondering over the events as you leave.

Live Theatre is also running a number of events in the run up to the election which will include an opportunity for younger people to get involved in the debate. This includes a Young People’s Question Time and a discussion of politics as a profession with the writer of the diaries that A Walk On Part was based upon, former local Labour MP Chris Mullin. Further details of these events are given below.
This review was written by Stephen Oliver for Jowheretogo PR (www.jowheretogo.com). Follow Jo on twitter @jowheretogo, Stephen @panic_c_button or like Jowheretogo on Facebook www.facebook.com/Jowheretogo
Read the original JoWhereToGo Preview here
Tickets:
Wednesday 22 April to Saturday 16 May
What Falls Apart
Written by Torben Betts - Directed by Max Roberts - Design by Isla Shaw
PERFORMANCES: Tues to Sat, 7.30pm
MATINEES: Sat 2 & 16 May 2pm, Thurs 7 May, 2pm & Sun 10 May, 4pm
Tickets for What Falls Apart cost £22 to £10, over 60s concessions £22 to £10 and other concessions £15 to £5.  Tickets can be purchased by contacting Live Theatre’s box office on (0191) 232 1232 or online by visiting www.live.org.uk
SUITABILITY: 14+, contains strong language

ASSISTED PERFORMANCES:
Tuesday 12 May, 7.30pm - British SignLanguage Interpreted
Wednesday 13 May, 7.30pm – Captioned
Thursday 14 May, 6.15pm – Touch Tour
Thursday 14 May, 7.30pm – Audio Described
Associated Events
Thursday 30 April, after the show
Meet the Team
Join writer Torben Betts, director Max Roberts and the cast as they talk about the process of bringing the show from page to stage.
LOCATION: Main Theatre
DURATION: Approx. 30mins
SUITABILITY: 14+
TICKETS: Free, booking essential
Friday 1 May, 8pm
Exclusive Screening of Downhill
Torben Betts wrote the screenplay for the British independent feature film Downhill a story about four old school friends who reunite to attempt the epic coast to coast walk, across the United Kingdom.
As their journey unfolds, this comically incompatible foursome walk full tilt into their mid-life crises.
Join us for an exclusive screening of this film, which was released in cinemas in May 2014, then listen to Torben talk with Max Roberts about the differences between writing for the stage and the screen. This is followed by a Q&A.
LOCATION: Studio Theatre
DURATION: Approx. 2hrs 15mins, including an interval
SUITABILITY: 15+
TICKETS: £8, £6 concs
Sunday 3 May, 4pm
#GetOnYourSoapbox &
Young People’s Question Time
To mark the beginning of Election Week this is a chance to enjoy a piece of theatre devised by young people as they get their voices heard in #GetOnYourSoapbox.
Then join Young People’s Question Time – a chance for local young people to challenge the decision makers who shape the issues that impact on oureveryday lives.
LOCATION: Studio Theatre
DURATION: Approx. 2hrs, including an interval
SUITABILITY: 14+
TICKETS: Free, booking essential
Sunday 3 May, 7.30pm
In Defence of Politics
At a time of unprecedented cynicism about politics and politicians, former Labour minister and best-selling diarist Chris Mullin makes a welcome return to Live Theatre, this time to argue that, for all its imperfections, British politics is an honourable profession. Join Chris as he sets out what he believes is the great political challenge facing future generations.
A 40 minute talk followed by 50 minutes of Q&A.
LOCATION: Main Theatre
DURATION: Approx. 1hr 30mins
SUITABILITY: 14+
TICKETS: £12, £10 concs 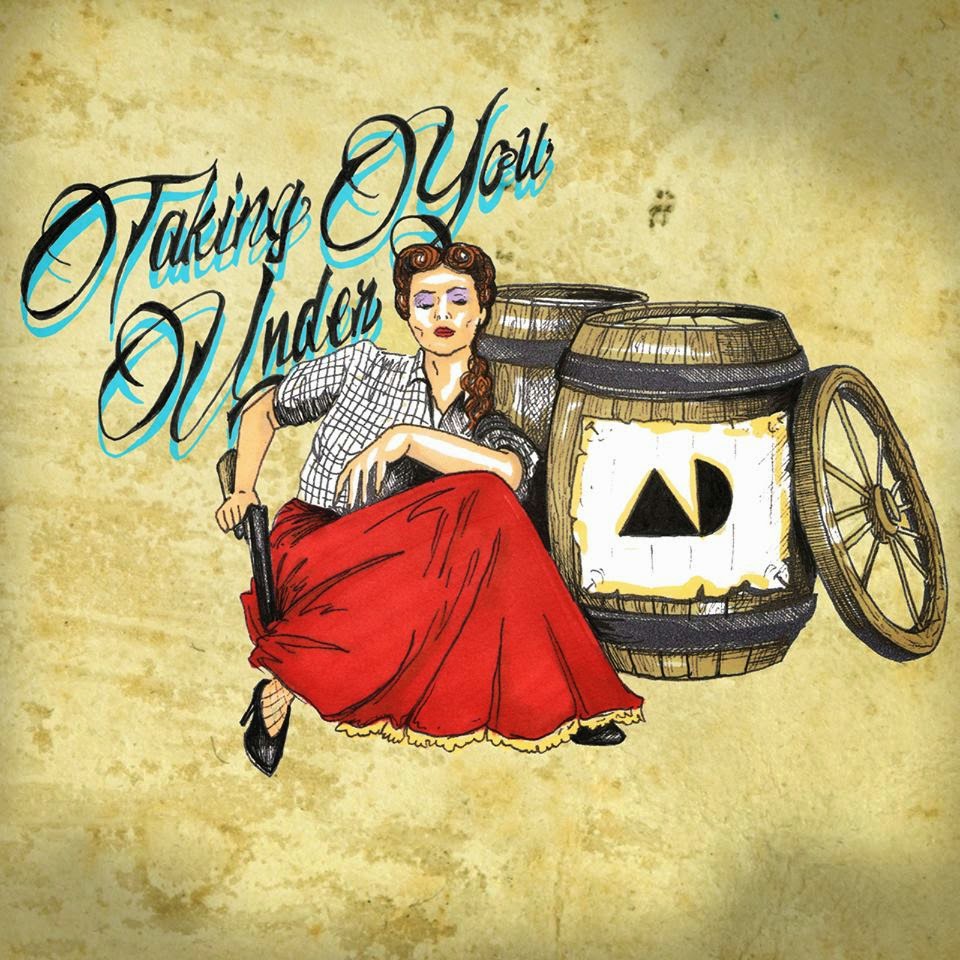 See the latest video for North East Singer Songwriter Alex Dobson https://www.youtube.com/watch?v=sxPyR6hAuDw
His new single Taking You Under is available for pre-order on iTunes: https://itunes.apple.com/gb/album/id983292129
Posted by North East Theatre Guide at 00:49