Preview: We Can Be Heroes at Newcastle Live Theatre


Facing your fears &
becoming a super hero
We Can Be Heroes
Newcastle Live Theatre
Thursday 23 and Friday 24 April, 8pm

We Can Be Heroes by Dick Bonham follows teenagers Patrick and Mark who spend their days dodging school bullies, reading comic books and dreaming of escape from their small town home. Then they meet Mr Smith – a real life super hero, with his own costume and canine sidekick. But as they come into conflict with a group of older boys, will he be able to save them from the gang’s clutches? 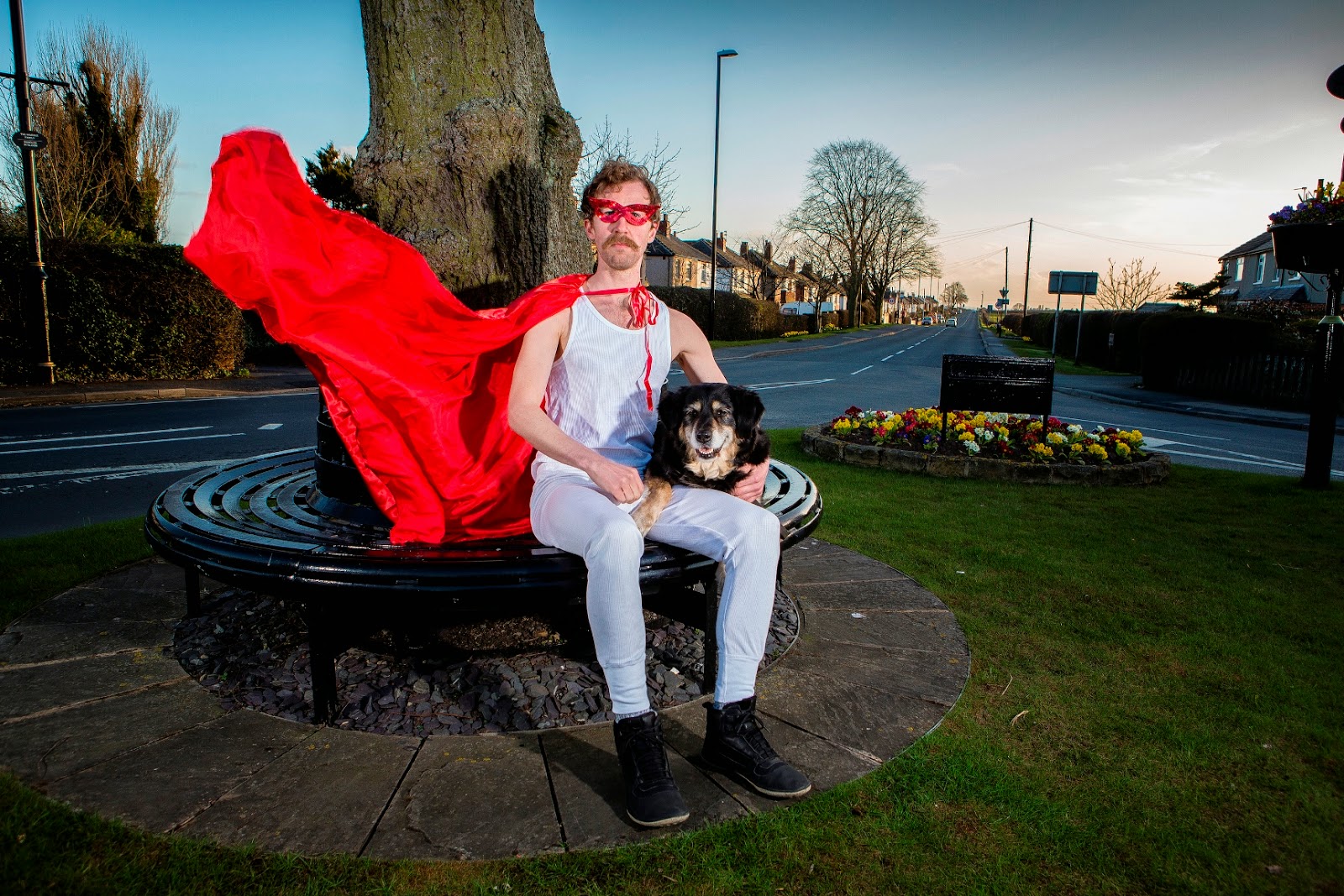 Inspired by real events and featuring original live music from Jamie Fletcher, We Can Be Heroes is a charming and surprisingly moving new story about growing up to be what you always dreamed of. The production is performed by Richard Kiess and Martin Bonger (who was at Live Theatre last month in Move to Stand’s Fat Man), and is suitable for those aged 12 and above.
A work-in-progress extract of the We Can Be Heroes was presented at Live Theatre in 2011 as part of the company’s Live Lab programme of events. Audiences at this show described the extract as “entertaining”, “thought-provoking” and “powerfully comic”.
Gez Casey, literary manager at Live Theatre said: “Following an early public showing of the idea at one of our Scratch Nights, Live Theatre was pleased to be involved with the further development of We Can Be Heroes. It’s a thoughtful and genuinely funny piece of theatre. An inventive exploration of the trials and injustices of adolescence, the piece asks: what compromises do you have to make to fit in? And what are the consequences of being different?”
Blending richly nostalgic storytelling with nuanced physical performances the piece, which is presented by Sometimes We Play in association with LittleMighty, questions society’s need for heroes who save us through violence and revenge, and looks for salvation in the most unlikely of places.
Tickets
We Can Be Heroes By Dick Bonham - Presented by Sometimes We Play in association with LittleMighty
Thursday 23 and Friday 24 April, 8pm
LOCATION: Studio Theatre
DURATION: 1hr 5mins
SUITABILITY: 12+
Tickets for the production cost £8 full price and £6 for concessions. Tickets can be booked online at www.live.org.uk  or via the box office on (0191) 232 1232.

See the latest video for North East Singer Songwriter Alex Dobson https://www.youtube.com/watch?v=sxPyR6hAuDw
His new single Taking You Under is available for pre-order on iTunes: https://itunes.apple.com/gb/album/id983292129
Posted by North East Theatre Guide at 21:16