Review: The Devil Wears Primark at The Customs House 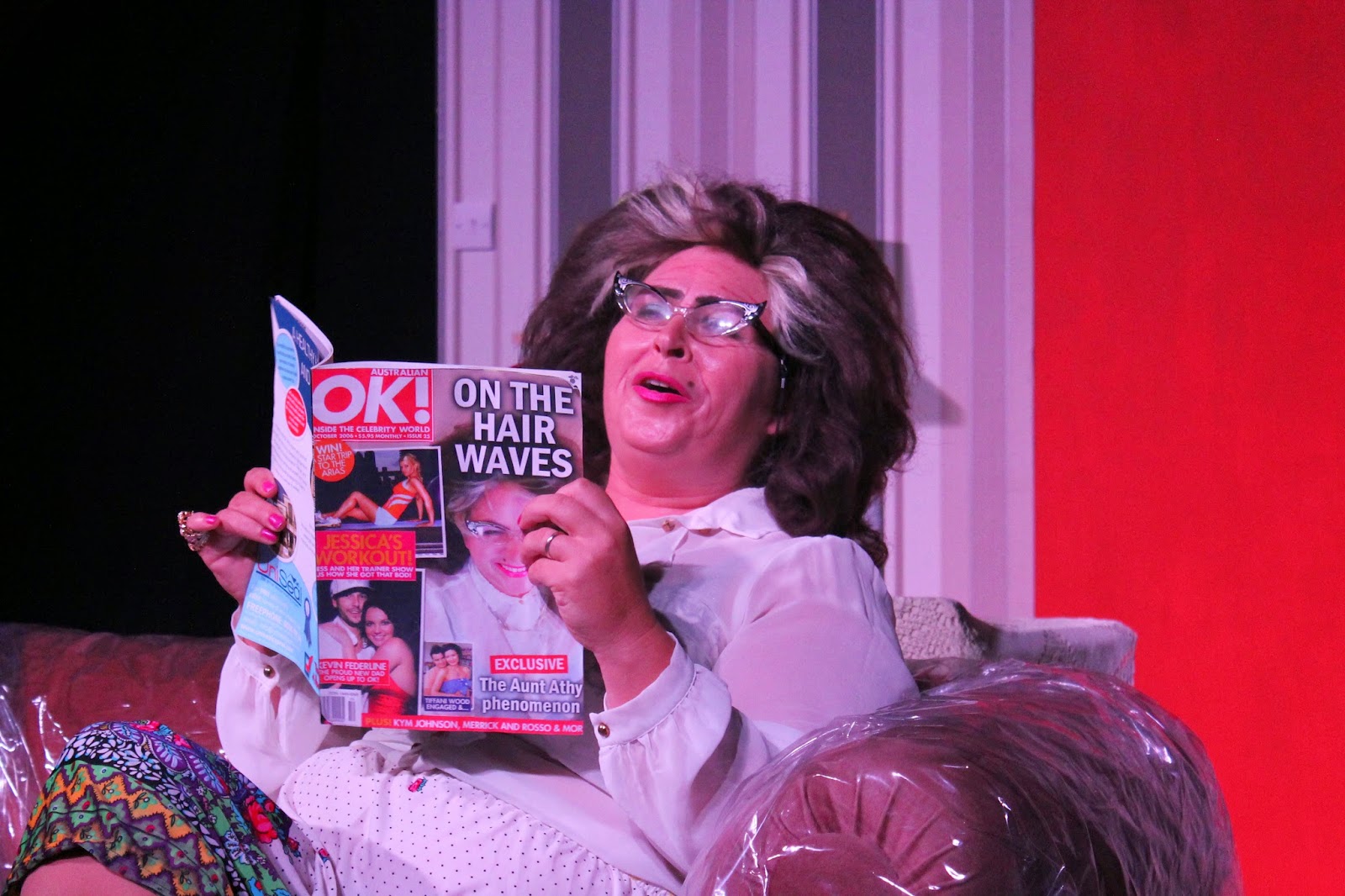 It’s a simple fact of life. One cannot choose their family.  We also fall in love with people whose family may not get on with us. Throw in some international tension and we have the makings of the latest offering from writer, director, producer and star Kathleen Ruddy, The Devil Wears Primark. 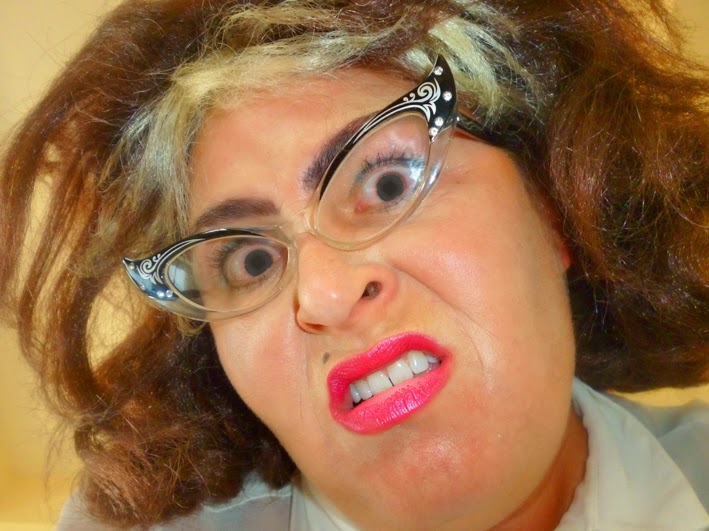 Kathleen plays the Greek Cypriot matriarch Aunt Athy who is the sex therapist on the radio. Her advice is not PC and follows the mantra that a man is there to be pleased and his lady is there to look after his needs. This brings on the wrath of the feminists. Her long suffering husband Nikos, played by Mark McDonnell, enjoys a spot of cross dressing whilst watching the birds in the garden. 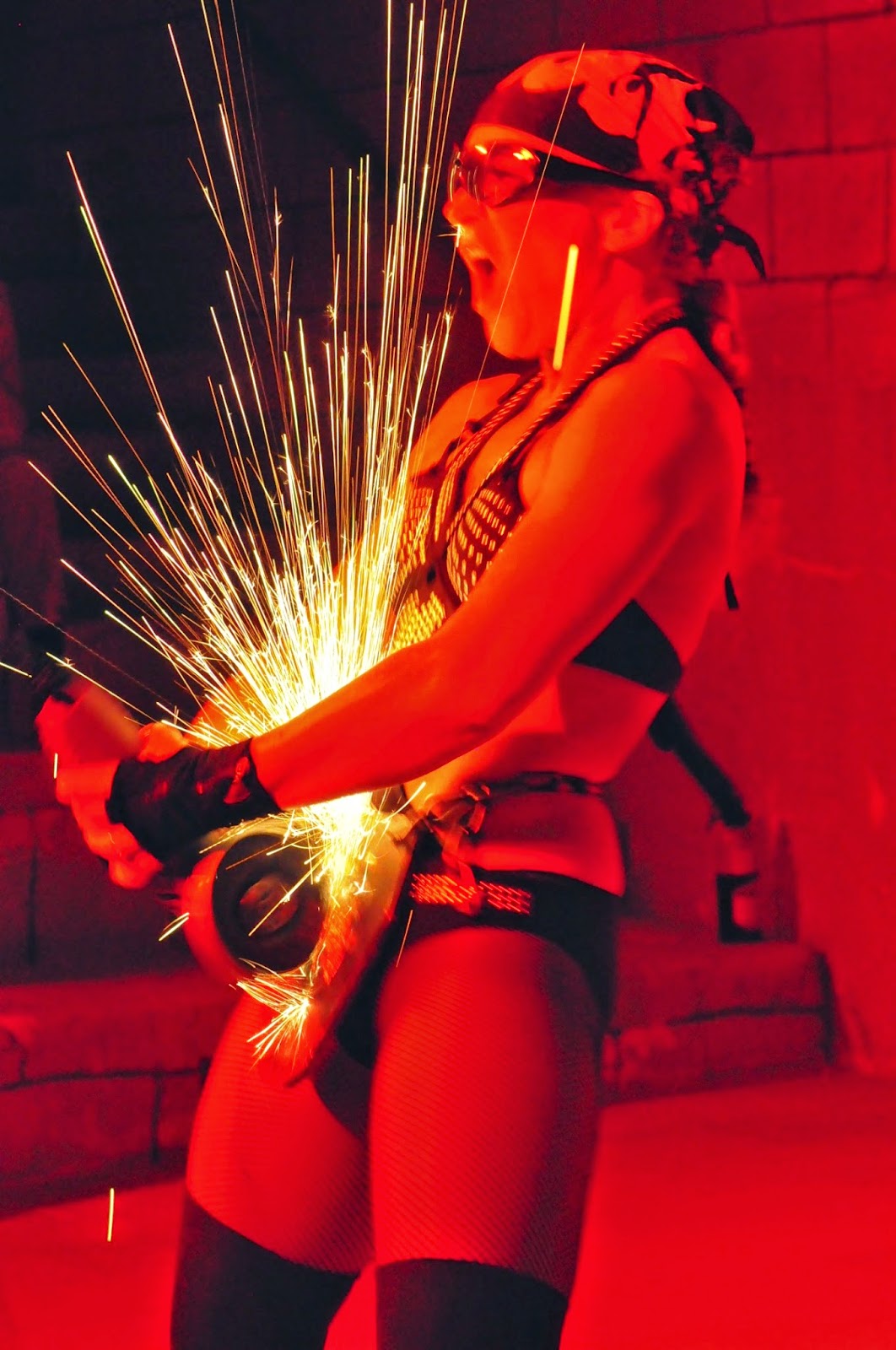 The story centres around Athy’s trip to meet The Queen to receive an honour. This results in a return home for her children. First to arrive was Maria (Dawn Chandler) who works as an assistant to a headteacher. She wears and talks to her 2 sock puppets in order to make sense of her world. Her Mum winds her up about her appetite for cake and she is the butt of a number of jokes. 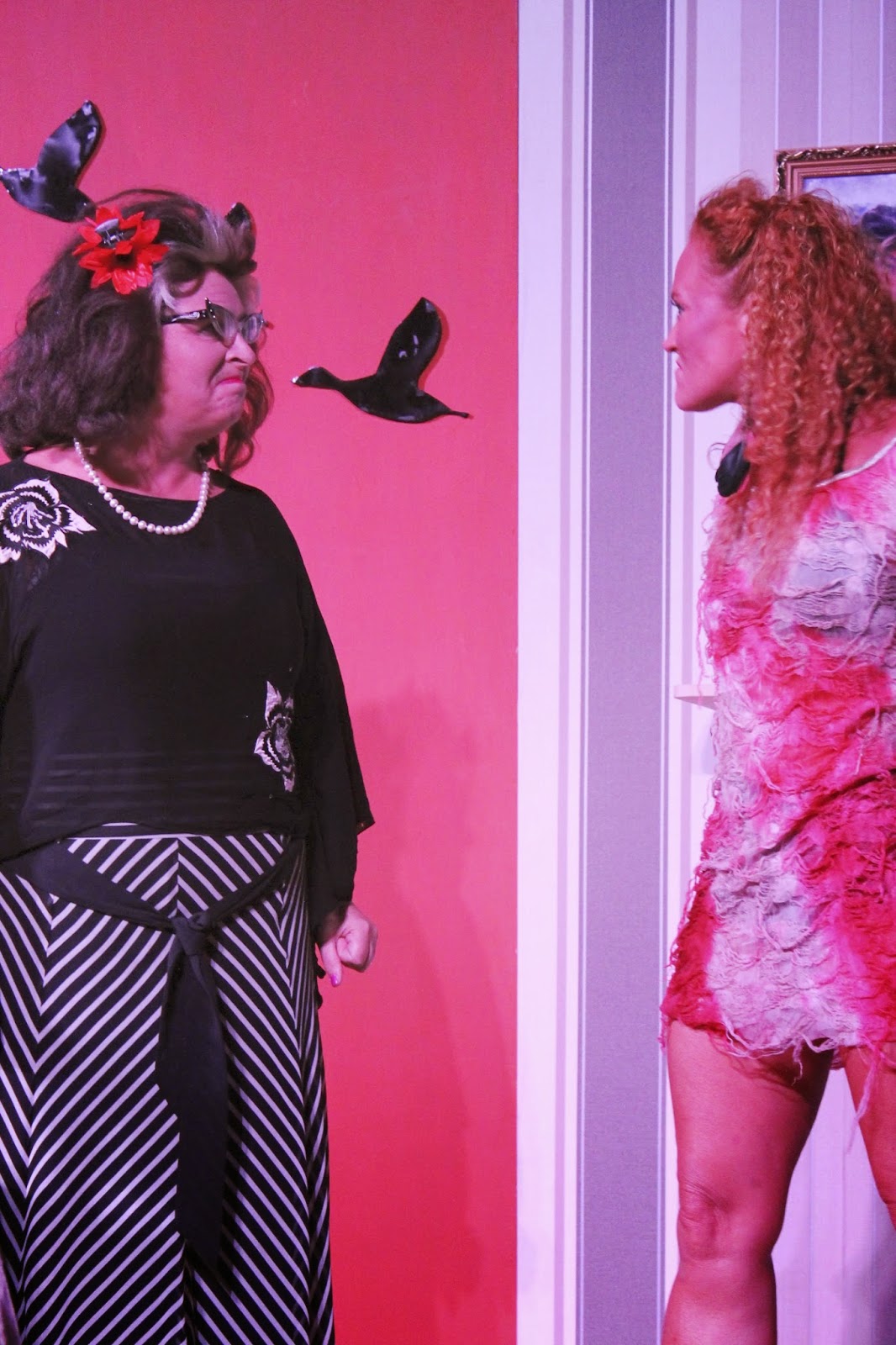 Her son Aris appears with her new girlfriend, the recently widowed Mina. John Ritchie’s character struggles against the domineering mother who doesn’t approve of her son’s slightly older Turkish circus performer girlfriend.  It seems that the effect of the 1974 invasion of Cyprus by the Turks is still a sore point.  Penni Tovey gets opportunity to show off her circus tricks, as the headstrong Mina, with spectacular effect.  The interaction between these two strong female characters is never that pleasant as mother makes her feelings clear. 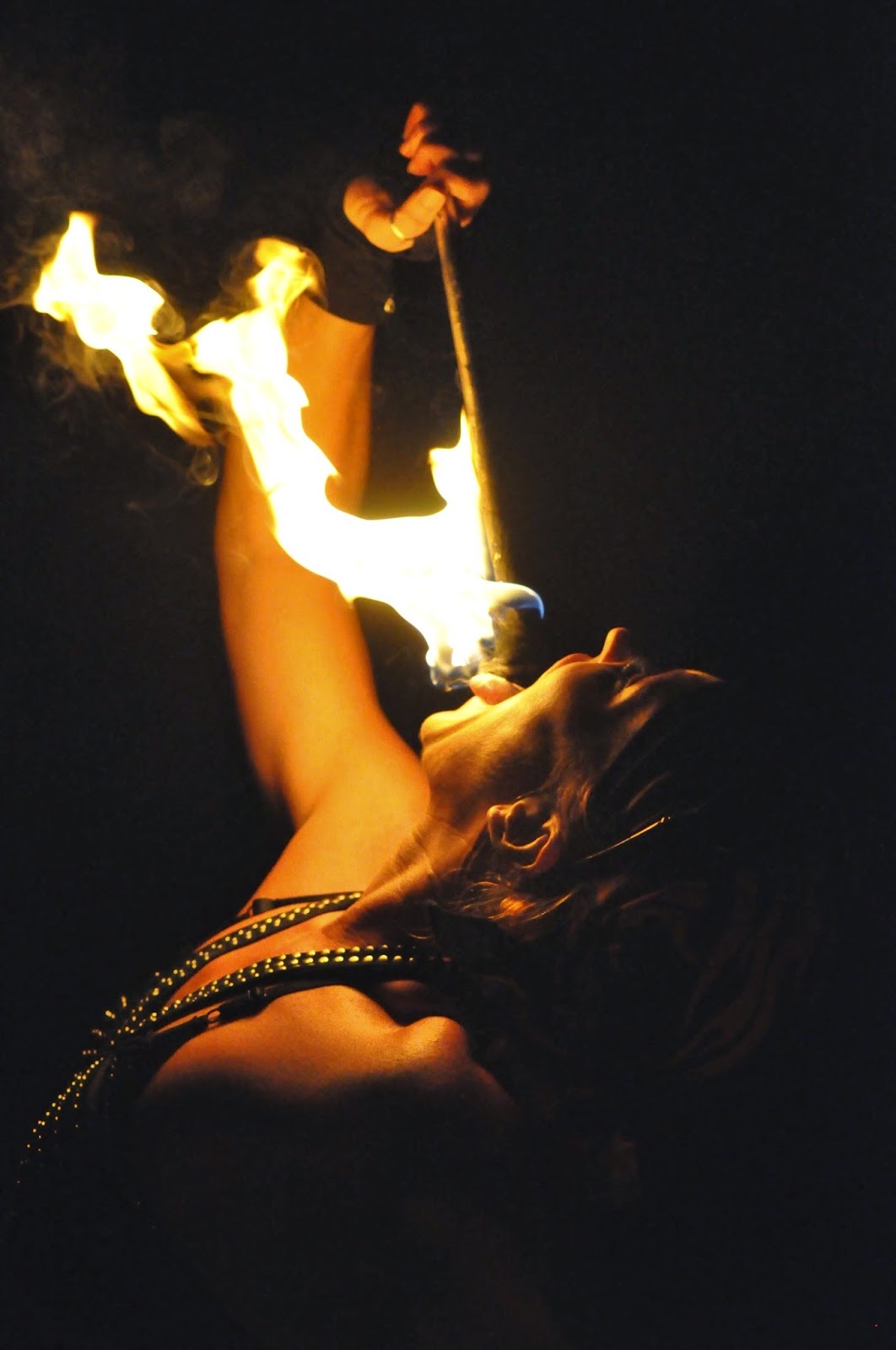 Many of the jokes at the start are related to Aunt Athy’s role as a sex therapist and hence the show is neither family viewing nor very politically correct.  Kathleen Ruddy’s delightful script shows the complexities of the family set up and the resultant dread of introducing your other half to potentially disapproving mothers. Chuck in circus tricks with fire and with an angle grinder and the end result is a different, entertaining evening.
This review was written by Stephen Oliver for Jowheretogo PR (www.jowheretogo.com). Follow Jo on twitter @jowheretogo, Stephen @panic_c_button or like Jowheretogo on Facebook www.facebook.com/Jowheretogo 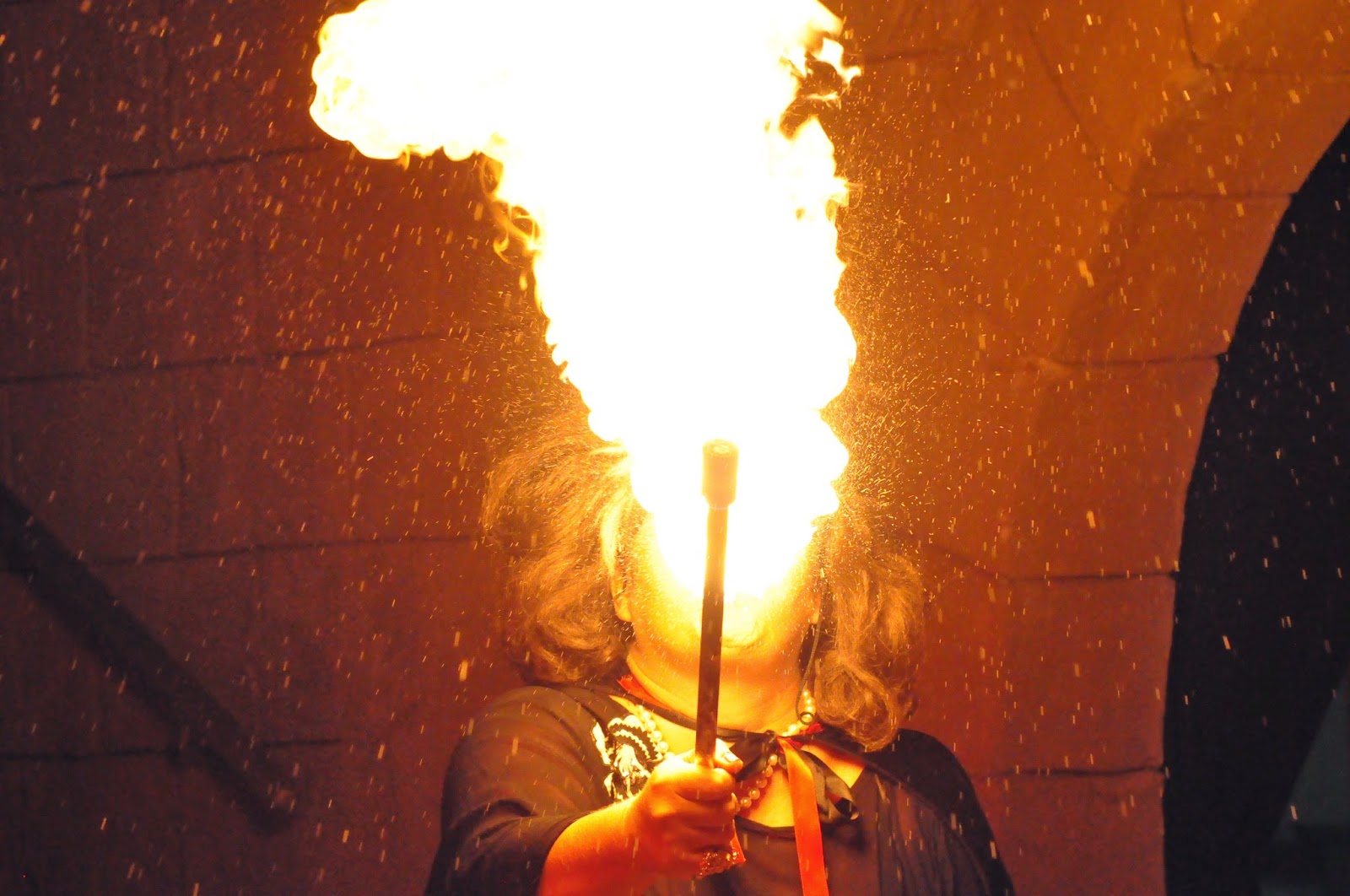