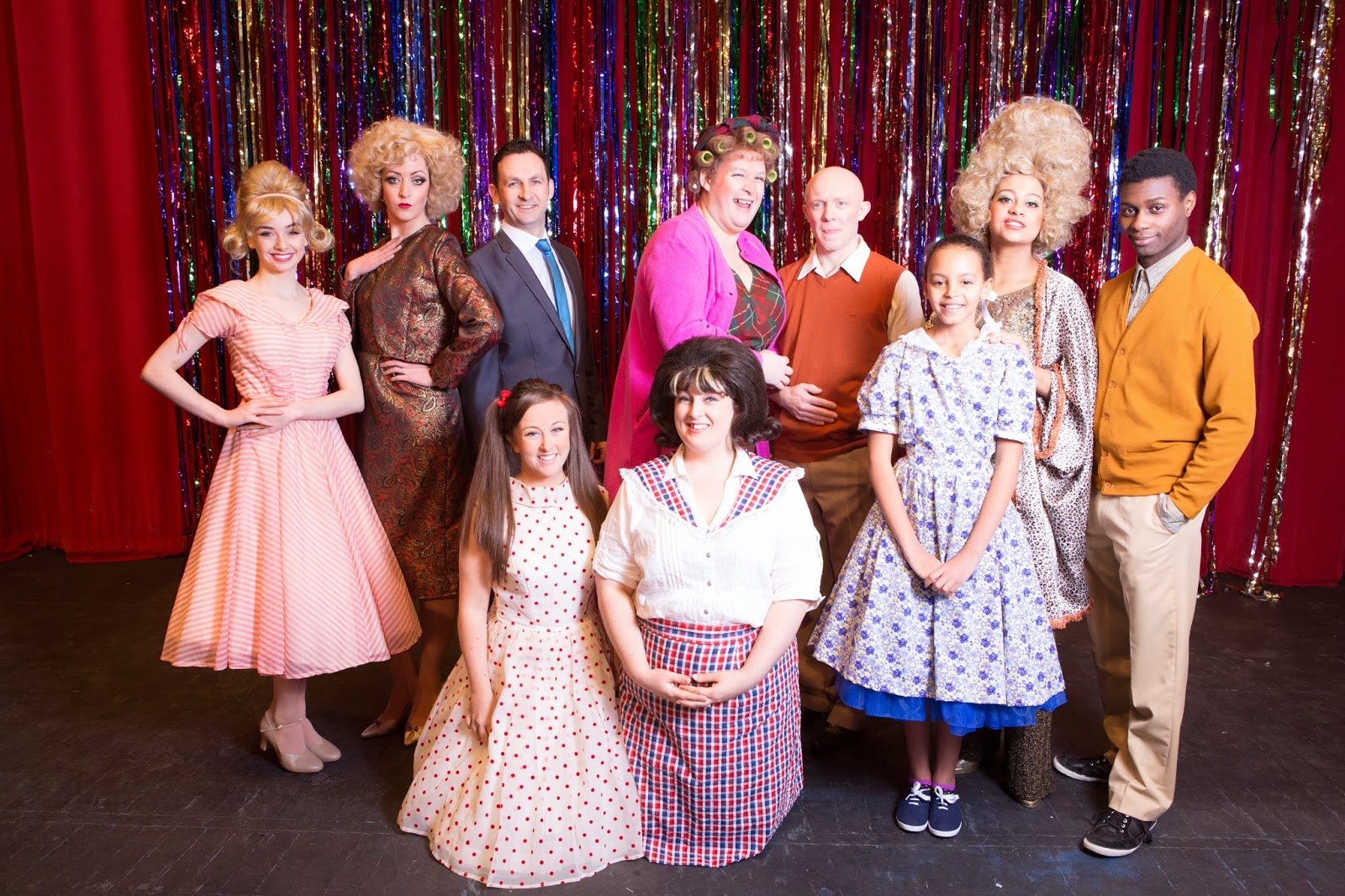 The story centres on Tracy Turnblad, who is a big fan of a music and dancing show called The Corny Collins Show. It’s a tv programme featuring all of the cool kids and playing the cool music of the time. An opening occurs in the cast when one of the dancers becomes pregnant and so Tracy goes with her best mate Penny to the auditions. They face the racist producer of the show Velma Von Tussle who is neither keen on Tracy’s plump figure or her views on racial integration.  Set in 1962 Baltimore, the show makes more than a passing nod to some of the attitudes of the time towards race. This is typified in that the sponsor of the tv programme only allow “negro day” once a month on the show.  The musical then follows Tracy and her friends as they fight for an integrated show. Add to that deeper storyline the tussle between Tracy and Velma’s daughter Amber to win the talent show and become Miss Teenage Hairspray of 1962.
The story needs a strong central character with a powerful singing voice and the role is filled by the more than capable Aniella Lucia. Her love interest Link Larkin was also more than capable at singing too.  This Martyn Knight directed show also calls for Tracy’s parents to be lovable and engaging and in Andrew Fearon and Paul Outterside they have the perfect odd couple. 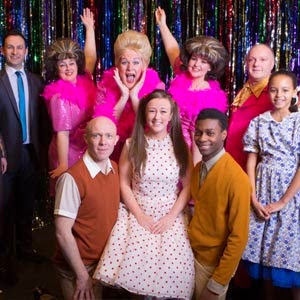 Hannah Elliott, in her role as Velma, is the perfect foil for Tracy without being an unloveable character that the audience would hate.  Her mother is performed well by Leanne Harrison who stops gracefully short of a wicked witch routine and the show benefits tremendously as a result.
The show features a large cast of clean cut lads and pretty girls who sing and dance without breaking a sweat.  The ensemble seem to really enjoy themselves on stage and that helps to make their characters connect with the audience.  They include sweet Bridget Grant as the occasionally gobby Little Inez who is younger sister to the outstanding Seaweed, played by Quentin Whitaker.
The distinctive and pleasing features of the show included the talented 10 piece band led by musical director Liam Gilbert and the bold set design which took full advantage of the venues fly system. It is great to see the Tyne Theatre being used for the purpose for which it was built and it would be great to see more theatre upon its stage.
Hairspray is a delightful and entertaining musical which celebrates difference and diversity in our society and acknowledges the perseverance and determination of those involved. Great songs, performances and positive attitude by those on stage make it a pleasure to watch.
This review was written by Stephen Oliver for Jowheretogo PR (www.jowheretogo.com). Follow Jo on twitter @jowheretogo, Stephen @panic_c_button or like Jowheretogo on Facebook www.facebook.com/Jowheretogo
On The Web:
Twitter: twitter.com/WestEndOperatic
Facebook: www.facebook.com/WestEndOperaticSociety
Tickets: 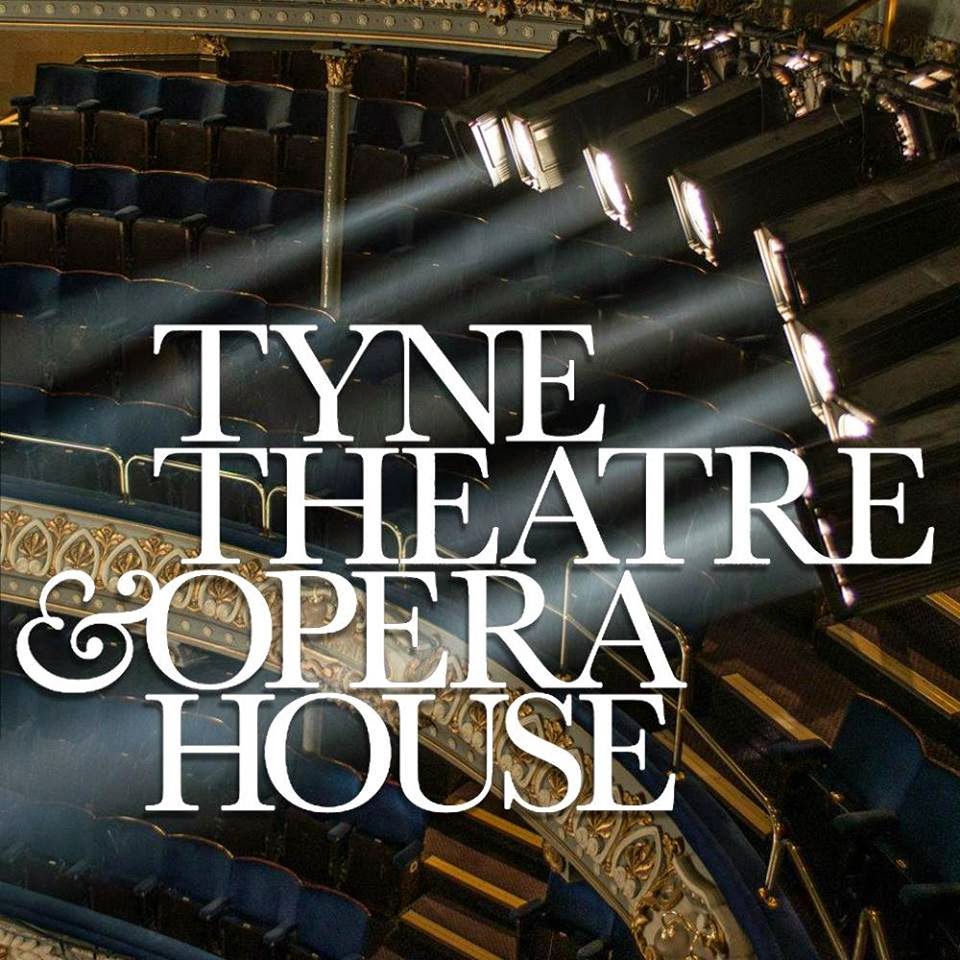 Monday 13th – Saturday 18thApril 2015
Performances at 7pm with a 2pm Matinee of Thursday 16th & Saturday 18th
Tickets are priced from £9 - £16 (plus booking fees when booking online and over the phone)
The Tyne Theatre & Opera House Box Office is open 10am-3:30pm Monday to Friday and event days
Booking and Information Line: 0844 2491 000 (10am – 6pm Monday to Friday)
Website: www.tynetheatreandoperahouse.uk 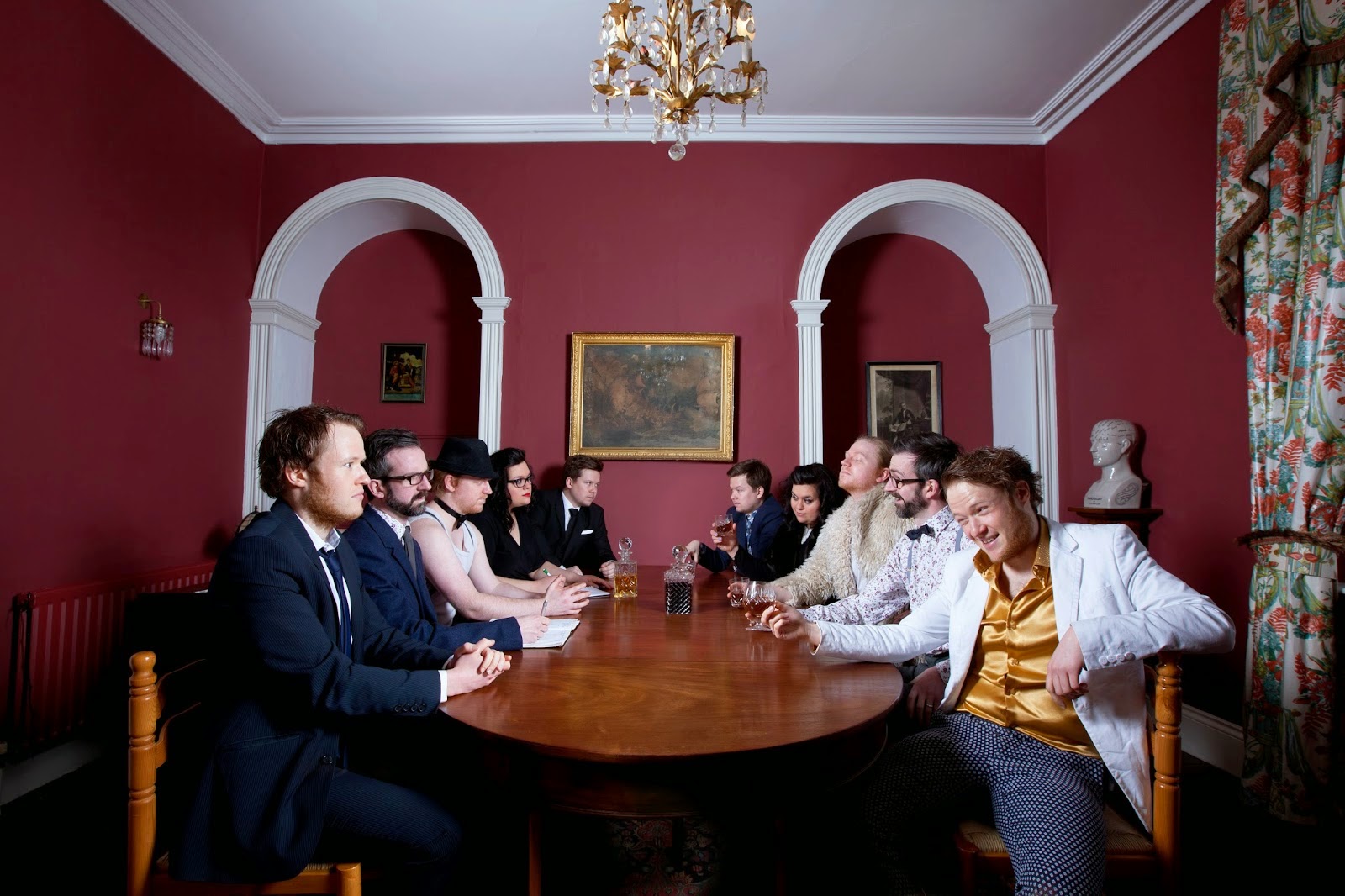 Local Music News:
#‎HotOffThePressEP by Peculiar Disco Moves is just part of an exciting 2015
Read all about it: JoWhereToGo PDM Blog Post
Posted by North East Theatre Guide at 00:01