The Dance Consortium presents NDT 2 as it returns to the historic Newcastle Theatre Royal. The highly talented dancers guide you through the triple bill programme, the only downside being that it is only a two show run. 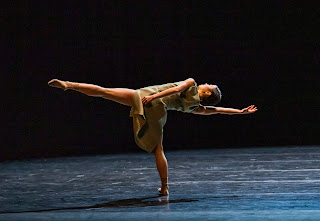 Nederlands Dans Theater (NDT) established its secondary company NDT 2 in 1978, for up and coming dancers aged 17 to 25 to develop their artistry and performance experience by training under distinctly varied choreographers. Based in The Hague, NDT 2 return to the UK for the first time since 2016. 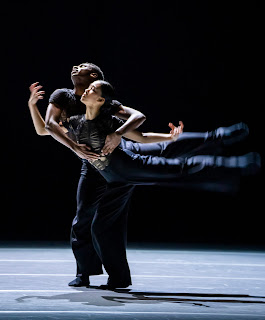 The evening commences with a piece by German choreographer Marco Goecke, The Big Crying was developed shortly after the death of Goecke’s father. Possibly one of his most personal works, it premiered in March 2021. 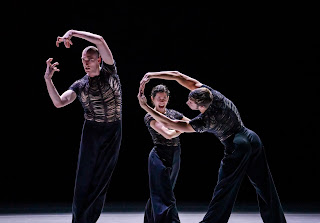 The staging is very simple, a black space with a white floor. Upstage, a flame burns wildly atop a tall pipe. The costuming mimics the curtains of a hearse. The soundtrack, a roar of industrial noise. The piece follows the journey of life continuing after a death, a subject with which I’m sure everyone can relate. Although the link to grief is apparent, there are few ‘traditional’ markers, gut-wrenching movements, body crumbling to the floor. Instead, sharp, angular motions dominate, with hands held in claw-like shapes. 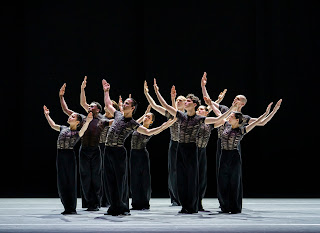 Goecke takes full advantage of the 17 strong company for larger interactions, more intimate explorations of personal relationships are featured as duets and trios. Dancers move in unison, breaking off into groups, all dancing the same motif in syncopated rhythms. One consistent feature I found throughout the choreography was the idea of a battle. Battling both internal thoughts and the larger society, the overwhelming feeling was of turmoil and lack of control.

The tone shifts in the final moments of the piece, set to Tori Amos’ cover of R.E.M’s ‘Losing my Religion’, the flame relit, the movements becoming more fluid. Wholly, there is a sense of resolution. 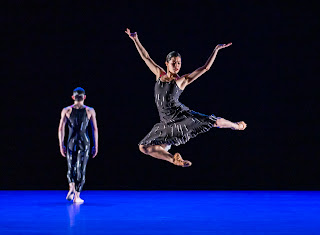 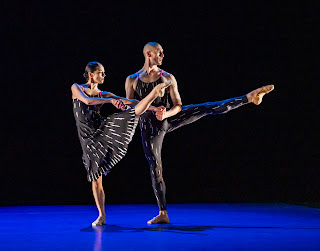 The piece comes as a palette cleanser, a beautiful contemporary interpretation of classical ballet. The simplicity of the piece is achieved by the pure skill of the quartet, executing the highly skilled and complex moves effortlessly. It is clear the sheer number of hours of training that have led up to this performance. 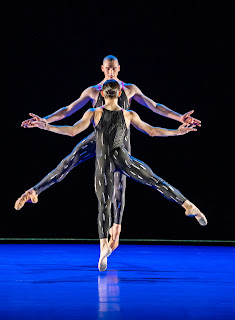 The dance opens and closes with a duet between Cawley and Palayer, strong phrasing set to accordion music. The introduction of the females changes the dynamic - the music changes to Haydn, a more traditional choice for the traditional pas de deux. 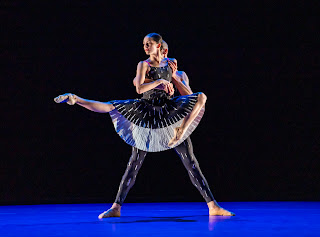 Despite having no intended message, each duet feels like a conversation between the dancers. Each member of the audience will have almost certainly taken something different away. The piece was full of ‘somethings’. 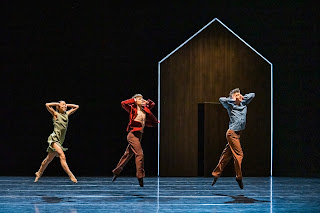 Rounding off the night, Johan Inger’s IMPASSE. Possibly the work with the strongest narrative, the story shines through the choreography, 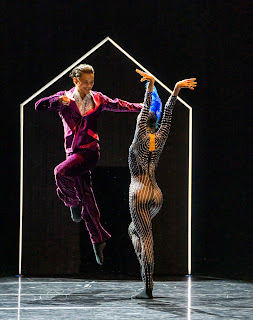 Lighting designer Tom Visser captures the audience immediately, a simple yet striking neon house illuminating the stage. Throughout the show, the performers use it to enter and exit the stage, and interact with it as it shrinks. 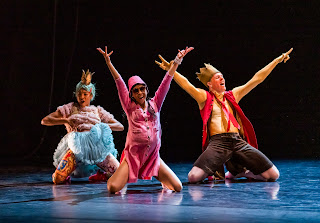 The trio enter the stage, their movements child-like, carefree and playful. Strong rhythms and fluid motions command the stage. Slowly surrounding them, a group dressed in black, enticing the trio with the attraction of newness. Apprehensive at first, the trio soon find themselves complying with the new rhythm. 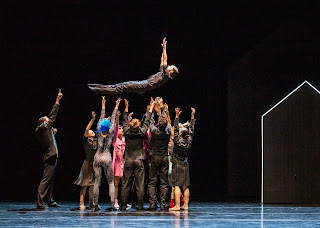 Carnival beats and colourful vaudeville figures fill the stage. They cause chaos, and separate out the original trio, the division overwhelming. As the piece continues, the number of people on stage increases whilst the performance space decreases, giving an overriding sense of urgency.

Inger’s take on human social behaviour, peer pressure, and identity has been handled in such a way that is engaging and accessible for all audiences. Skillfully translated by the consummate dancers of NDT 2, it is an uplifting end to an outstanding performance.