Tickets for George Clarke’s Life In Amazing Architecture go on sale at 10am on Friday, March 11 from Eventim UK: https://tidd.ly/3sVY0xm and from Ticketmaster: https://ticketmaster-uk.tm7559.net/P0WZVz

Architect and TV presenter George Clarke has laid the foundations for his debut live tour – preparing to share stories from a Life In Amazing Architecture both on and off screen as he travels the country. 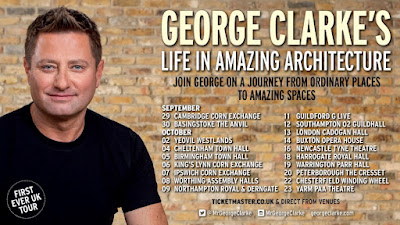 George Clarke’s Life In Amazing Architecture will visit 19 towns and cities this autumn, including a date at the Tyne Theatre in Newcastle on Sunday 16th October, giving fans a glimpse behind the scenes of George’s hit TV shows, including The Restoration Man, Amazing Spaces and latest venture Remarkable Renovations.

The live shows will include stunning audio-visual features, as George shares tales from his childhood, how he was inspired to pursue architecture, and how he stumbled into TV – as well as talking audiences through some of the architectural highlights of their local area.

Announcing the tour, George said: “I’m just a storyteller, about people and about buildings. So to be going on tour, to be able to tell my story is amazing. I’m looking forward to doing 20 nights around the country, to meeting lots of people, having a bit of fun and enjoying that month on the road.  I already felt like the luckiest boy in the world to do architecture, but to travel the country talking about architecture and my life – it’s off the scale amazing.”

Away from TV, George is an ambassador for housing-related charities including Shelter and The Prince’s Foundation for Building Community. He is a trustee for the Foundation Of Light and a patron for the Civic Trust Awards and Knights Youth Centre. He is also the founder of the ground-breaking home education charity MOBIE (Ministry of Building Innovation and Education.

George Clarke had only recently established his own architecture firm while also lecturing on the subject, when he ‘stumbled’ into TV almost 20 years ago. He signed with a literary agent simply to get some of his academic research published – and within a week, he was offered a screen test for Channel 5’s Build A New Life, the show which launched his TV career. Within a few years, George joined the growing roster of homes and property shows at Channel 4 – and 2022 marks his 15th year with the broadcaster.

George Clarke is a renowned architect, TV presenter and campaigner for both charities and housing organizations alike.

During an extensive career which commenced back in 2003, with one of his earliest programmes being Build A New Life on Channel 5, George has become a household name and familiar face on TV. 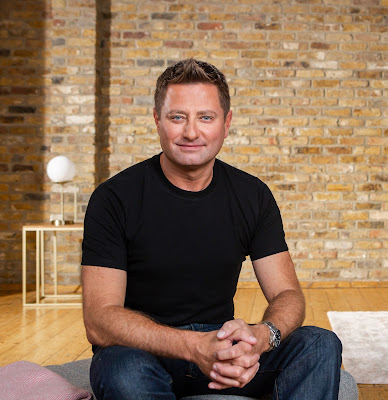 The success of this programme propelled George to become the ‘face of architecture’ at Channel 4, with the launch of The Home Show. Shortly after he became the presenter of the extremely popular series The Restoration Man, that allowed viewers to see the enormous challenges involved in major renovation works.

It was no surprise then that his next project was the complete opposite, where George turned his attention towards exploring the extraordinary world of small builds in the form of the Channel 4 series Amazing Spaces, a programme known and loved to this day.

He is a keen lecturer and is passionate about the way architecture can transform our everyday lives, with his main aim being that it becomes accessible and popular with everyone.

This leads onto George’s passion for making a real difference to the lives of people. He works tirelessly with charities, being an ambassador for numerous ones including Shelter, The Maggie Centres, and The Prince’s Foundation for Building Community. He is a trustee for the Foundation of Light and patron for the Civic Trust Awards and Knights Youth Centre.

He is also the founder of the ground-breaking home education charity MOBIE (Ministry of Building Innovation and Education), the cultural director of the new super-green, ecological home development company X HOME and a non-executive director of modular house builder Urban Splash Modular in partnership with the Japanese manufacturer Sekisui.

Tickets for George Clarke’s Life In Amazing Architecture go on sale at 10am on Friday, March 11 from Eventim UK: https://tidd.ly/3sVY0xm and from Ticketmaster: https://ticketmaster-uk.tm7559.net/P0WZVz