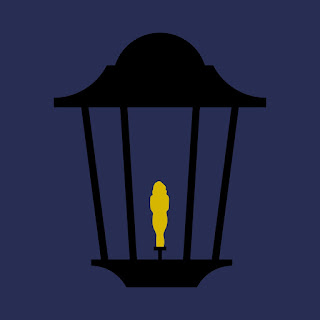 “You’re not going out of your mind,” Detective Rough tells Bella Manningham in the climactic moments of Patrick Hamilton’s Gaslight. “You are slowly, methodically, systematically being driven out of your mind.”

Catherine Ellis plays Bella, a young woman on the edge. She’s hearing footsteps in the night, objects are moving by themselves and her husband Jack (Sam Hinton) keeps disappearing. He tells her she may be mad and she starts to believe him. As Bella begins to lose her grip on reality, she finds herself caught up in a scheme most foul.

While on the one hand this 1938 thriller is a classic Victorian melodrama, it is also an insightful and before-its-time depiction of an abusive relationship.

Gaslight (verb): to manipulate (a person) by psychological means into questioning his or her own sanity. – Oxford English Dictionary

The play’s title originated a term that is more relevant than ever. Last month, eighty-four years after the play was written, “gaslighting” was used in a High Court ruling for the first time to describe a husband’s psychological manipulation of his wife.

A timeless and enthralling thriller, full of mystery and torment, Gaslight promises to keep audiences on the edge of their seats as the secrets in the Manningham home are revealed.

Gaslight is playing at the People’s Theatre in Heaton from Tuesday 29th March to Saturday 2nd April. The run includes a socially-distanced performance on Tuesday 29th.

Find out more and book your tickets at www.peoplestheatre.co.uk