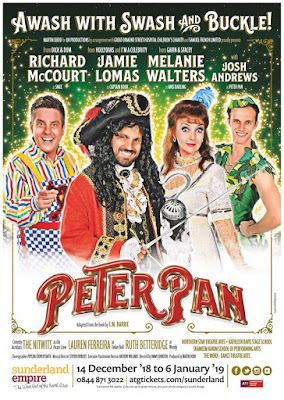 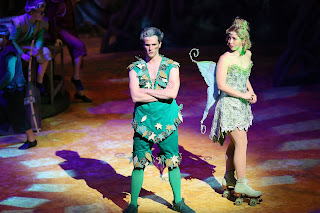 Peter Pan has flown into Wearside to provide cheer to panto fans. A mix of new and classic songs combine with classic jokes to add to the experience. This is a show that makes every effort to make the audience feel a part of the action. J M Barrie's story is well known so the kids knew the answers to Tinkerbell's questions as she roller-skated onto the stage. This is one fairy that doesn't stay still as she cruises across the stage. 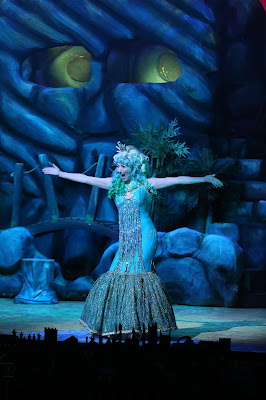 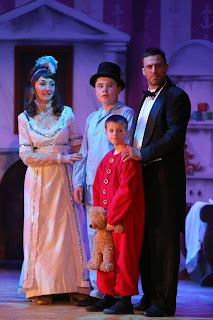 Soon we are in the home of the Darling family in old London town. Michael, John and Wendy (Ruth Betteridge) are getting ready for bed before their parents go out for the night. Nana the dog (Anna Greenwell) is adorable and she quickly elicits support from the audience when she is sent to the kennel. Once the kids are asleep, Peter Pan (Josh Andrews) flies in. This is the point when the younger members of the Empire audience start to sense the magic of this story as Peter agrees to take the 3 Darling children to Neverland. 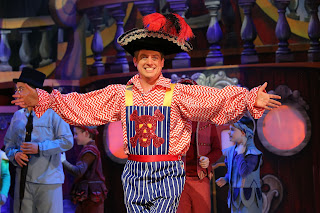 Julian Lane has written a script that’s recognisable as Peter Pan and sticks to the source material. This production sticks to the job of storytelling and cuts out unnecessary panto scenes. No messy scene or take off scenes here. No sudden launch into 12 Days of Xmas or If I Was Not In Panto... here. Richard McCourt’s Smee character frequently cracks jokes and the cast encourage booing and noisy reactions but the script sticks to the narrative in each scene. He is one half of T.V.s Dick and Dom so it wasn’t surprising that he wanted the kids to say ‘Bogies’ a lot. Mermaid Melanie Walters also gets her share of puns across, though usually of a fishy nature. 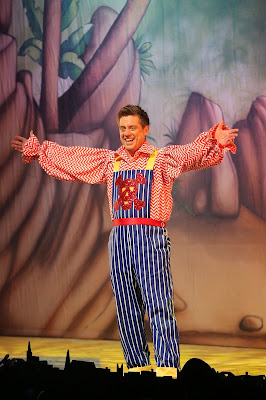 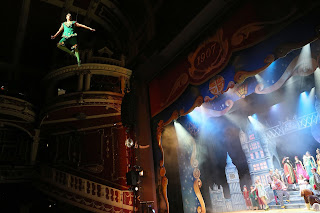 Even the songs tend to stick to the story. Backed by a live band we have Jolly Roger by Adam and the Ants for the pirates arrival and Defying Gravity for the spectacular finale of Act One.  The choreography from Phyllida Crowley-Smith added to the visuals during the musical numbers. 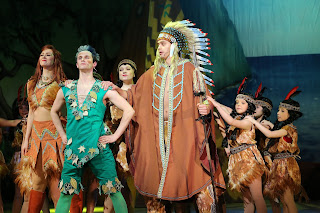 I loved the pirates though. The acrobatics from William Beckerleg, Morgan Chambers and Alex Middlebrook worked well visually. They made a number of tumbles and leaps look far easier than they actually are. 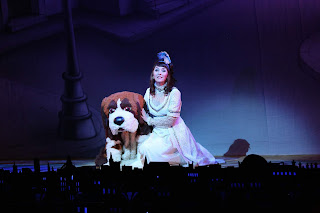 Lauren Ferreira plays Tinkerbell as the mischievous spirit but she still kept the audience on board when she wasn’t always nice to Wendy.  Tiger Lily (Inez Mackenzie) and the Indians also keep the balance right between not necessarily being friends of the Lost Boys but not that nasty either. 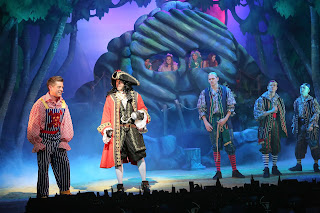 Panto needs a bad guy and in Jamie Lomas we have someone who is happy to orchestrate the booing from the audience. This, in one scene, leads to water pistols firing at the audience which created a lot of reactions in the stalls. 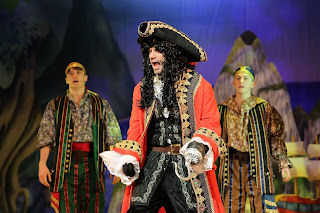 Peter Pan, thanks to Josh Andrews engagement with the audience, will have captured the imaginations of the younger members of the audience. In this show he flies in above the audience and that adds a wow factor to the show. 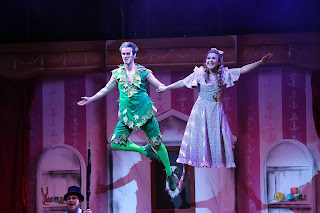 This is a very pleasant show that fits in nicely for the kids who have grown too old for the CBeebies treatment but they still appreciate great, entertaining storytelling. Add sparkles, pirates and a canny ensemble cast, including some very talented youngsters, and you have a fun treat for the family.  …and the best bit is that the show will get better as the run continues.

Review by Stephen Oliver.
Tickets
Tickets available from the Box Office on High Street West, via the ticket centre 0844 871 3022* or online from our affiliate ATG Tickets: http://bit.ly/PeterPanSundEmpire *calls cost 7p per minute plus standard network charges. Booking and transaction fees may apply to telephone and online bookings.
Posted by North East Theatre Guide at 00:35