NEWS: Newcastle Theatre Royal’s pantomime will be beamed out for free to 137,000 hospital beds

Newcastle Theatre Royal’s spectacular 2018/19 pantomime Goldilocks & the Three Bears will be beamed out for free to 137,000 hospital beds across the UK this Christmas, continuously over a three week period.  It is estimated that it could reach half a million children who are poorly during the festive season. 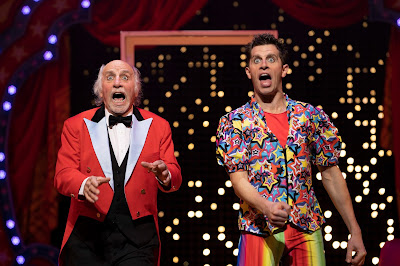 The cast have filmed a special performance of the pantomime, which will be transmitted for free to bedside Hospedia screens in 180 NHS hospitals across England, Scotland and Northern Ireland.  The screenings will run continuously for 20 days between Thursday 20 December ’18 and Tuesday 8 January ‘19 to enable as many children as possible to see Clive, Danny, Chris and the team in full big top circus action. 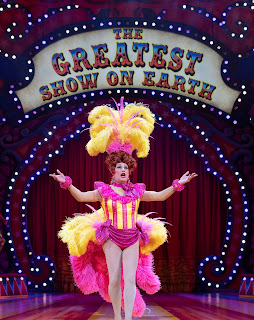 The screenings are the brainchild of local entrepreneur and Theatre Royal Trustee, Howard Tait (chief executive of Newcastle communications agency Martin Tait Redheads). The project is a unique collaboration between the NHS, Newcastle Theatre Royal and Hospedia – the national hospital broadcast network.

The project was launched five years ago, the first of its kind in Europe.  Three years ago it was rolled out from the North East to the wider UK.

Howard Tait said: “It’s wonderful to see how much the hospital patients, both adults and children, enjoy watching the panto and how it brings cheer onto the wards. The screening is totally free of charge and viewers get to see close up shots of the actors as well as the general stage view, so it’s a really special show.”

The project is a philanthropic enterprise with all partners – from the Theatre team to the camera crew and the Hospedia network and more all offering their services for free. 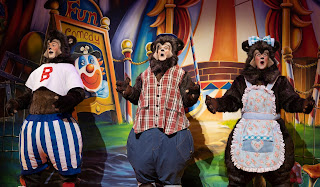 Goldilocks & the Three Bears cast members - father and son favourites Clive and Danny and panto dame Chris Hayward - are due to visit the Great North Children’s Hospital at the RVI on Wed 19 December to meet some of their youngest fans and officially launch the special screenings. Dressed in full costume, the cast will spend some time with poorly children and their families, bringing gifts and posing for photographs.

Chief Executive of Newcastle Theatre Royal, Philip Bernays, said: “We are so proud to be yet again enabling thousands of youngsters – and others - who are in hospital during the festive season to have the opportunity to enjoy the pantomime. Patients, their families and the hardworking staff at hospitals across the country tell us how much of a boost it is to be able to watch the panto during their hospital stay.” 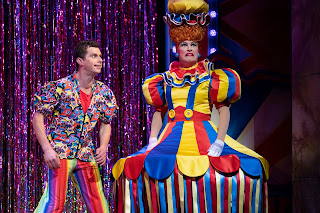 Tickets:
Goldilocks & the Three Bears runs at Newcastle Theatre Royal until Sun 20 January 2019.  It plays evenings at 7pm/5pm and matinees at 1pm/2pm. Tickets from £13.  Tickets can be purchased from the Theatre Royal Box Office on 08448 11 21 21 (Calls cost 7ppm plus your phone company’s access charge) or book online at www.theatreroyal.co.uk
Posted by North East Theatre Guide at 20:20