Newcastle comic, Dan Willis, is planning a flying visit to the UK this Christmas to host a one-off stand-up event following seven years in Australia. 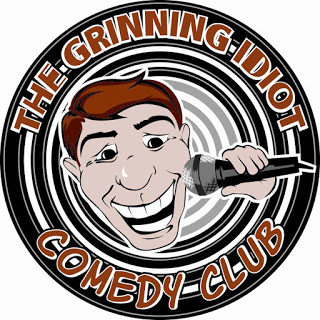 As co-founder of the legendary alternative comedy night, The Grinning Idiot Comedy Club, Dan hopes to bring some festive fun to Newcastle audiences when he and fellow comics, Kai Humphries and Dave Hadingham take to the mic at St Dominic’s Catholic Club in the Ouseburn on Saturday 22nd December.

St Dom’s will be fondly remembered by many Grinning Idiot fans as the original home of the hugely popular comedy nights, which were launched in 2009 by Dan and fellow Geordie comedian, John Smith.

The duo brought many big names to the North East’s most intimate spaces, with fans getting up close and personal with acts such as Sarah Millican, Michael McIntyre, Reg D Hunter, Tom Stade and many more. The club also introduced new acts, enabling up and coming performers to tread the boards alongside some of the comedy industry’s biggest stars.

Dan said: “I’ve been away for over seven years now, having left the North East for the love of my life – a long-distance relationship between Newcastle and Melbourne was never going to work! We’ve since married, started a family and I’ve been lucky to land the headline spot for many major gigs in the Southern Hemisphere.  But if there’s one thing that’ll pull me straight back to the toon it’s the Grinning Idiot crowd. And to be playing St Dom’s makes it even better.

“We’ve had some memorable – and not so memorable – nights in that club. In fact, it was the very spot where I ended up sitting on top of a Christmas tree when a drunken John Smith knocked me off the stage with gusto.  They were fun – and rather painful – memories. I’m looking forward to making some more on the 22nd.”

The North East Theatre Guide caught up with Dan Wllis in Edinburgh and rated his show ★★★★★. We last caught up with Dave Hadingham in 2016 in a show we listed in our annual “best of 2016” review – review link.

As well as the 3 headline acts, there will be a couple special guests as well, to add to a bit of Grinning Idiot madness.