NOW AVAILABLE FOR SELECTED SHOWS AND PERFORMANCES AT SUNDERLAND EMPIRE FROM JANUARY 2019!

The cast of Peter Pan visited the staff at Sunderland Royal Hospital to launch an exciting new 2 for 1 ticket scheme that will reward local heroes of Sunderland and beyond. 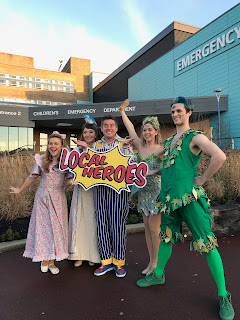 The scheme which starts from January 2019 will see 2 for 1 tickets for selected productions and performances for the theatre’s new show stopping season. The first show on board will be ticket offers for performances of Peter Pan in January, ensuring ‘local heroes’ many of which who’ll be working over the festive period have the opportunity to enjoy the magical, high flying pantomime tradition.
Sunderland Empire, which is operated by Ambassador Theatre Group, will continue to offer 2 for 1 tickets on selected shows and performances* for those working in EMERGENCY SERVICES, NHS EMPLOYEES, ARMED FORCES, RNLI, SOCIAL WORKERS, PRISON OFFICERS AND TEACHERS into 2019. 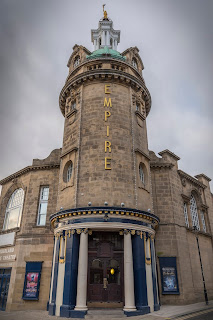 The visiting productions already signed up for the scheme include selected performances of Benidorm Live, Richard O’Brien’s Rocky Horror Show, The Mousetrap, Birmingham Royal Ballet presents Beauty and the Beast and Hair.

The list of offers and further information can be accessed via a dedicated page: https://www.atgtickets.com/localheroes/

Ben Phillips, Theatre Director, at Sunderland Empire said: “I am delighted that our theatre has launched this 2 for 1 ticket initiative as a way of thanks to those who have dedicated their lives to helping others.  Whether you be a nurse; a firefighter; a lifeguard; police officer; armed forces member; teacher or doctor, I hope you will take advantage of this ticket scheme and enjoy a fantastic trip to our iconic theatre.”
*Tickets can be purchased online, in person at the Box Office or by phone for selected performances and dates. Tickets will need to be collected via the Box Office with photographic employment ID. Quote ‘LOCAL HERO’