Preview: Snow White 2: Appley Ever After at Newcastle Stand 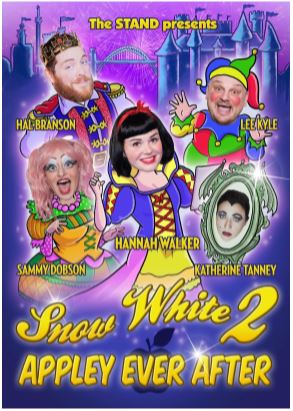 It's a show for everyone, even people who don't like pantomime. It's a big, daft, silly mess of a show with the stuff you'd expect and loads of things you won't.

It's a classic pantomime with an alternative edge; it's like nothing you've seen before at a price that means you can afford to bring the family. 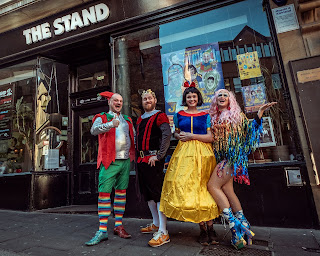 The sequel to the original Snow White, Snow White 2 is a classic pantomime with a modern twist, not only hilarious, the family show updates the Snow White legend to feature modern moral lessons about friendship, belonging and much more.

Written by the cast, who are some of the top comedy writers in the Northeast, we see Snow White try and find love again, while all the time the evil Queen tries to thwart her plans once and for all. Along the way we meet our outrageous dame Frankie, kind-hearted fool Muddles and the somewhat handsome Prince Hal. Not only that, but the distinctly non magical Seven Blokes make an appearance!

Regularly hosting sell out shows of top comedy talent from across the country, this is the first time the legendary Stand Comedy Club have put on a pantomime. 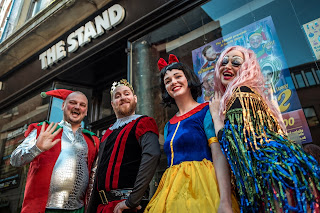 A stand up comedy favourite throughout the country, Lee is best known to the younger comedy patrons of the region as the host of our regular kids show. He plays Muddles, the naive friend of Snow White who means well but causes lots of trouble. Having appeared on platforms as diverse as Radio 4 and CBBC, Lee is sure to raise huge laughs among audiences of every age.

“He makes the room laugh with almost everything he says, and that takes skill.” – North East Theatre Guide 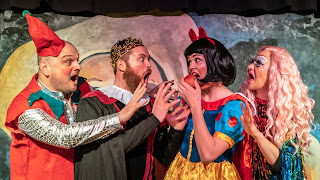 Comedian and actor Sammy Dobson plays our Dame Frankie, who is either a boy or a girl, not that it matters! Sammy brings a huge sense of fun to the stage as well as a surprisingly beautiful singing voice. She has graced our screens for years, first as Sarah in Byker Grove and more recently in BBC’s Boy Meets Girl and the hit movie I, Daniel Blake.

“Her fast paced delivery was sometimes bordering on the psychotic however it led to many laughs throughout her set.” - North East Theatre Guide 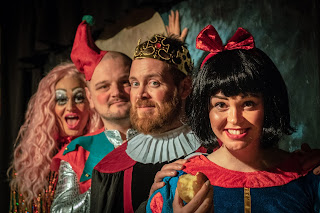 Comedian Hal is the perfect choice to play Prince Hal, not only because they already have the same name. A joyous performer, he brings his huge personality to the role and is just about handsome enough to pull it off. A big hit as one third of the sketch group Hot Gulp, Hal is making waves as one of the fastest rising stand ups in Britain. He stars as the Money Guru in a series of TV adverts and is happy to cash in. 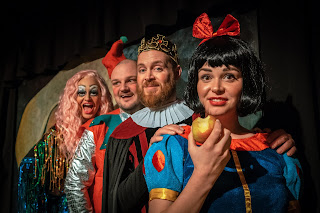 Hannah is an experienced actor who is very excited to bring Snow White to life. As well as performing, she is also an acclaimed writer, bringing to life the successful one woman show An Evening With Savvy B. Hannah has also won fans throughout the region as being a co- host with alternative performance cabaret night PUG and The Six Twenty’s Mixtape events. Come see her be Snow White like nobody has ever been Snow White before...

The show also features the following performers on screen rather than live:

Brilliantly dry comedian Katherine will play our evil Queen Gaffney, who since poisoning Snow White with an apple has been trapped in the magic mirror.