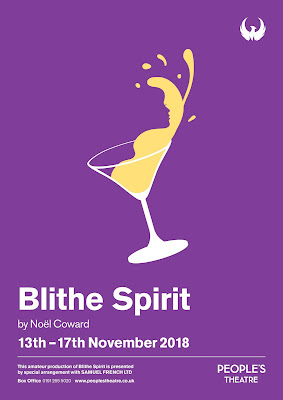 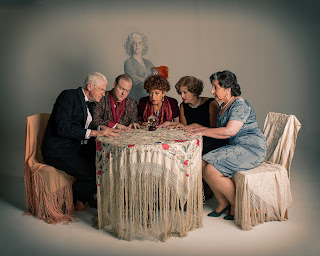 But when he arranges a seance at his house, the dotty medium Madame Arcati inadvertently summons the spirit of Charles's first wife Elvira - surely the most flippant ghost in literature - and hilarious marital mayhem ensues!

Coward wrote Blithe Spirit in a week in the Spring of 1941. It opened at London's Piccadilly Theatre six weeks later where audiences loved it and it ran a record-setting 1,997 performances. This 'light comedy about death' clearly warmed the hearts of wartime theatregoers, themselves carrying on in a city under constant threat of attack.

Dubbed an 'improbable farce in three acts' Blithe Spirit was the longest running hit of Coward's career and went on to be made into a film in 1945 starring Rex Harrison as Charles and Margaret Rutherford as Madame Arcati. The film won an Oscar for its visual effects.

Packed with all of Coward's trademark wit, Blithe Spirit's spectral variation on the love triangle is an evergreen comedy of manners that will brighten up any dark Autumn evening!