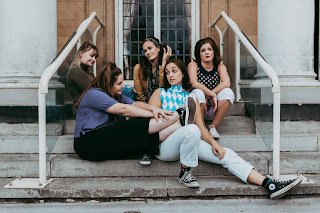 Following a phenomenal sell-out run as seen the BBC One Show, She Productions is taking It's Different for Girls; one of the city's most overlooked success stories heads out on the road for the first time.

It’s Different For Girls, a brand new musical by local all-female theatre company She Productions, is inspired by Hull’s own pioneering 1960s girl band, Mandy & the Girlfriends. Their unique all-girl line-up attracted the crowds both in their home town, London, and eventually took them to perform to the US troops in Germany.

The show was developed after She Productions met the original ‘Girlfriends’ 3 years ago, and the extraordinary parallels between the two groups set the project in motion. Sparking national media interest, the 2017 production and The Girlfriends’ story brought Geri Horner and the BBC One show to the UK City of Culture and saw three generations of ‘girl power’ in one room. To kick off this UK tour and in celebration of these trailblazing women, She Productions will perform at Hull City Hall, just as Mandy & the Girlfriends did 50 years ago. 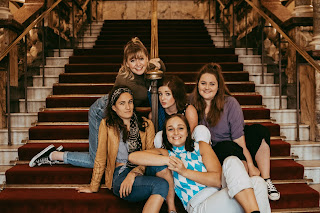 After spending the last year with the RSC, Director Becky Hope-Palmer says: “I am beyond excited to join She Productions in bringing this story to life again. An unbelievable amount has happened in the world since we last shared the show, including the #MeToo and #Time'sUp movement which have opened up an incredible conversation about women's issues. It has empowered women to speak up and take control of their own bodies and sexuality in a way we have never seen before. We feel proud to have participated in the conversation with It's Different For Girls and cannot wait to continue doing so with an even bolder show for 2018.”

“Fun and feminist with a small ‘f” said the British Theatre Guide after sell-out success at the East Riding Theatre during Hull 2017. It’s Different for Girls follows a fictional teenage band, Sindy & the Girlfriends, as they tour their local pubs and within months are asked to play for the US Troops in Germany. 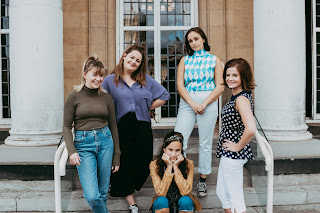 Leaving behind their day jobs, the teenagers embark on their journey to 'freedom'. However, reality soon hits that the troops are more interested in the length of their skirts rather than their talent. If they want success will they have to bite their tongues and learn to live with it? Underneath the catchy tunes, Go-Go boots and beehives lives the ever-present dangers of ‘sex, drugs and rock ‘n’ roll’ and the vulnerable position women were, and still are, often placed in.

Alongside the production, which is supported by Arts Council England, the company will deliver free ‘Consent and Relationship Education’ workshop to schools and youth groups. These workshops challenge our understanding of ‘Consent’, raise awareness and explore these complex issues through drama. Natalie Harris, Sexual Violence Support Worker and Research Advisor for these workshops says: “Many of us become consumed by pressure and comparison in today’s world and can feel desperate to prove ourselves. As children approach their teenage years, the focus on sex and relationships naturally grows but I have seen a number of young people strive to experience these things well before they are ready. Gaining a healthy understanding of who you are, what you’re doing and what you’re agreeing to is truly important.”

She Productions, Company in Residence at the East Riding Theatre, was formed in 2015 by a group of Hull and East Riding actresses who are committed to creating high quality, innovative work for audiences and participants of all ages. Their mission is to develop and produce vibrant original work driven by the female voice, alongside accessible and bespoke programmes serving local communities.

Post Show Events
Women In the Music Industry - Tue 13 Nov (after 7.30pm show)
Panel Discussion with guests including Becky Hope-Palmer, the director of the show, Claire Dupree, Editor of NARC. Magazine, Sarah Wilson, promoter and musician, and members of the cast.
FREE for ticket holders for that evening's performance.
Post show talks are recorded and available to listen again at www.live.org.uk/talks
Posted by North East Theatre Guide at 18:24