NEWS: Pages of the Sea

Second Lieutenant Hugh Carr, who lost his life in the First World War, will be commemorated by a large-scale sand portrait for Danny Boyle’s Armistice commission Pages of the Sea. On Sunday 11 November, the public is invited to assemble at one of thirty-two beaches around the UK and the Republic of Ireland at low-tide for an informal, nationwide gesture of remembrance for the men and women who left their home shores during the First World War. 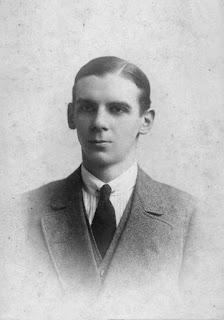 A large-scale portrait of 2nd Lt Carr, designed by sand artists Sand In Your Eye, will be drawn into the sand on the beach and washed away as the tide comes in. In addition, the public will be asked to join in by creating silhouettes of people in the sand, remembering the millions of lives lost or changed forever by the conflict. Each of the beaches taking part in the project will commemorate a different WW1 casualty.

Hugh Carr was born on July 13, 1891, to parents Thomas Carr and Mary Ann Carr (nee Davidson).  He lived with his parents and brother Walter Frederick Carr in Sunderland Street, Houghton-le-Spring and then in Chilton Moor.

He was apprenticed as a mining engineer to Lambton & Hetton Collieries Ltd for seven years, starting in 1905.

After the outbreak of war in August 1914, Hugh enlisted in York on October 20 the same year. After training, he joined C Squadron of the Household Calvary 1st Life Guards as a Trooper (number 3244).

In the stalemate of the Western Front, underground warfare, especially the laying of explosive mines below enemy positions, became a key tactic, leading to the formation of specialist tunneling companies that relied on former miners from areas such as County Durham. So Hugh transferred to the Royal Engineers, 172 Tunnelling Company, formed in February 2105, with the rank of Second Lieutenant.

Based in the hard-fought Ypres Salient in Belgium, and in cold, dark and dangerous conditions, his work would have involved digging deep defences and communications, planting mines and counter-attacking enemy tunnels. 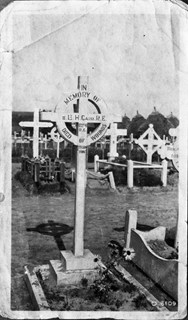 Hugh was seriously wounded when a German shell exploded in a trench positioned in the small French village of St Eloi, 5km south of Ypres, on January 21, 1916. He was transferred by train to a field hospital in Remy Siding, Poperinge, with leg, head and arm injuries. He died of his wounds two days later, aged 25. He was buried in a cemetery next to the hospital.

His parents were informed by telegram.

The Pages of the Sea portraits commemorate men and women who served or who were casualties of the First World War, most of whom died in active service. They were chosen by Danny Boyle to represent a range of interesting stories – ordinary people who gave their lives to the War effort covering a range of ranks and regiments, from doctors to munition workers, Privates to Lieutenants and Majors. A number were also notable war poets who translated the experience of war to those back at home. Many are from the regions or communities they will be featured in, others are from towns and cities not featured, or from international communities to show the scale of loss. These individuals are a just small selection of the millions who gave their lives to the war.

The public is invited to explore an online gallery of portraits of some of the men and women who served in the First World War, and select someone to thank and say a personal goodbye to either via social media or as they gather in person on beaches on 11 November at www.pagesofthesea.org.uk. The images are drawn from the Imperial War Museum’s ‘Lives of the First World War’ which aims to tell 8 million stories of those who served from Britain and the Commonwealth. Visitors to the website can also add their own portraits of members of their family or community who contributed to the First World War. www.livesofthefirstworldwar.org

The work is commissioned and produced by 14-18 NOW, and is the culmination of the five-year programme of arts commissions marking the First World War centenary. It is delivered with partner organisations across the UK: National Trust; Activate Performing Arts; Creative Foundation; Eden Project; National Theatre Scotland; Nerve Centre; Sunderland Culture; Taliesin.  The work is in association with Aberystwyth Arts Centre; The Grand Theatre of Lemmings; Magna Vitae; MOSTYN; SeaChange Arts; Swansea Council; Swansea University; Theatre Orchard; and Visit Blackpool.  Each has been invited to create their own event centering around the sand art on the beach and reading of the poem, tailored to reflect the sacrifices of their local community.

Supported by The National Lottery and the Department for Digital, Culture, Media and Sport.

The public can see which beaches are taking part by visiting www.pagesofthesea.org.uk
#PagesoftheSea
Posted by North East Theatre Guide at 20:44