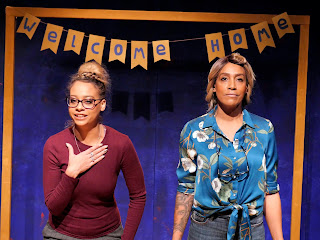 don’t forget the birds is another powerful production from Open Clasp who continue to create shows that empower both the women that they work with and those in the audience too. Never preachy, they transmit a message with emotion and precision. Yet don’t forget the birds is also thoroughly entertaining too and makes for a great night at the theatre – no wonder there was a genuine standing ovation at the end. 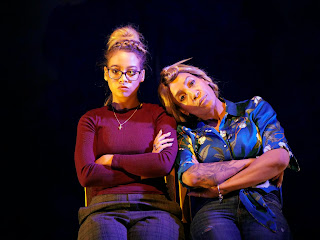 Writer Catrina McHugh interviewed mother and daughter Cheryl and Abigail Byron about their experiences about reuniting after mother Cheryl had spent 2 years at HMP Low Newton. Rather than using actors, the real life family group appear on stage to present their own story. This results in an amazing connection with the audience. The chemistry between them couldn’t be replicated by another pairing. The magical, probably unscripted, moments when they support each other through the hour long show added a unique dimension to the experience. Sometimes the mother’s reaction produced a laugh from the audience as we recognised the family dynamic.  This is a unique, and rather special show. 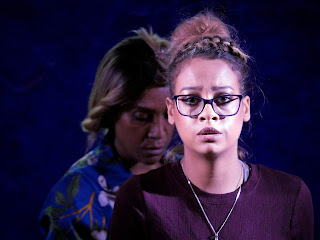 The recollections begin on the day Cheryl left prison. The anticipation, from both sides, of the moment freedom is achieved. A trip for fast food quickly moves to the first visit to the Job Centre. This is a true story and the action of the person conducting the interview leaves a similar bad taste to the scenes in the recent movie I, Daniel Blake as the very system that should be there as a safety net fails. 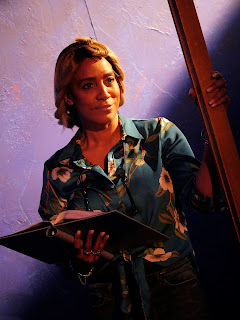 Director Laura Lindow packs a lot in to the hour-long show. Previous relationships, abuse, working, prison life, upbringing and racism all feature in driving the narrative. But, riding above all of that, we have the close bond between a mother and her daughter. The discussion about cleaning the house is typical of the special chemistry that could not work if this was a pair of unrelated actors who had learnt a script. The fact that, occasionally, this real life family pair refer to the script adds to the charm rather than detract from the central theme. 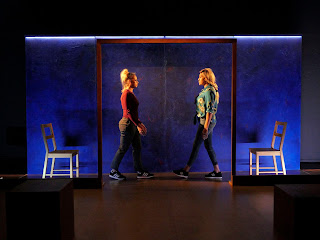 don’t forget the birds is a solid example of why theatre is such an amazing artform and is particularly suited at conveying emotion. It shows why local companies like Open Clasp and local theatres, such as Queens Hall and Live Theatre are important in representing the region through new writing. Powerful, empathetic and entertaining, don’t forget the birds is well worth experiencing. 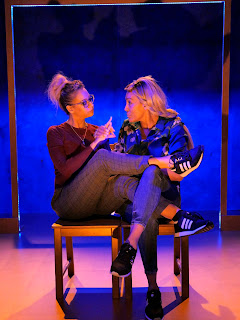