War Horse will return to Sunderland Empire from 6 – 23 February 2019 as part of its 10th Anniversary UK Tour, after previously visiting the venue for a sell out three week run in 2014.

The 34 strong cast for its acclaimed production of War Horse, which begins its major tour across the globe on 15 January 2019 in Glasgow, includes Scott Miller as Albert and Newcastle born, Ben Murray as Songperson.

Scott Miller, who recently graduated from the London Academy of Music and Dramatic Art, will play the central role of Albert Narracott alongside Jo Castleton who reprises her role as Rose Narracott from the recent 10th Anniversary UK Tour. Musician Ben Murray returns from the West End run as Songperson.

War Horse, which has been seen by nearly eight million people worldwide, finished its record-breaking eight year London run at the New London Theatre in March 2016 and will complete its 10th Anniversary UK tour at the National Theatre in January 2019. It has won 25 awards including the Tony Award for Best Play on Broadway. 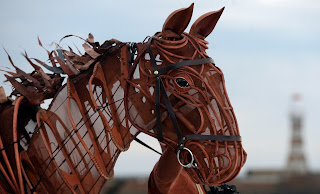 War Horse received its world premiere on 9 October 2007 at the National Theatre, where it played for two seasons before opening at the New London Theatre in March 2009. Since then, the production has been seen in 97 cities in 10 countries, including productions on Broadway, in Toronto and Berlin, with touring productions in the UK and Ireland, North America, the Netherlands, Belgium and China.

War Horse is directed by Marianne Elliott and Tom Morris, designed by Rae Smith, with puppet direction, design and fabrication by Basil Jones and Adrian Kohler for Handspring Puppet Company, lighting by Paule Constable, and movement and horse choreography by Toby Sedgwick, with video design by Leo Warner and Mark Grimmer for 59 Productions, music by Adrian Sutton, songmaker John Tams, and sound by Christopher Shutt. 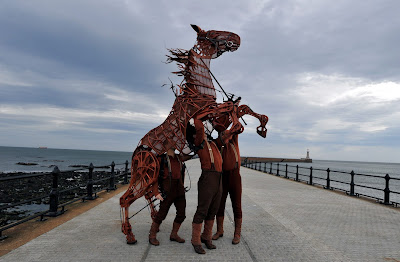 War Horse is produced on tour by the National Theatre.