New play from the makers of critically-acclaimed prison drama Key Change tells the story of what happened next for one of the women after release, performed by real-life mother and daughter Cheryl and Abigail Byron.

At the end of Key Change four women walk towards the prison gates imagining what life will be like when they get out. don’t forget the birds is the true story of what happened next for one of the original collaborators on Key Change, now released and working with Open Clasp Theatre Company. 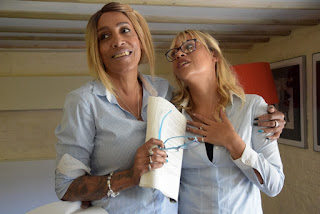 Key Change was created with women serving at HMP Low Newton in County Durham. It explored the experiences of women in prison, including domestic violence, family relationships, drug abuse and poverty. The play originally toured to male prisons before winning the prestigious Carol Tambor Best of Edinburgh Award in 2015, which led to an off-Broadway run in New York and a New York Times Critics’ Pick before returning to the UK for a sell out tour in 2016.

Now Open Clasp is working with real-life mother and daughter Cheryl and Abigail Byron to bring their story to the stage. This first-hand account tells how prison took a mother from a daughter and their heart lifting journey to find each other again. 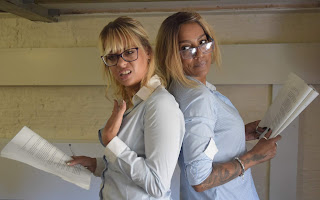 Open Clasp have been collaborating with women on the margins of society to make theatre for personal, social and political change for almost 20 years. Their award-winning play Key Change not only reached a huge audience when it was streamed globally as part of the UN campaign to end violence against women and girls in 2017, but it was also performed to key decision- and policy-makers in the Houses of Parliament. In the same year, Writer and Artistic Director Catrina McHugh was awarded an MBE for outstanding services to disadvantaged women through theatre.

The UK still has one of the highest rates of women’s imprisonment in Western Europe. Earlier this year, the Prison Reform Trust published What About Me?, a report into the impact on children who have experienced their mother being imprisoned. It found that it “has a potentially devastating impact on children, regardless of the age of the child and the length of sentence the mother receives.” The report challenges some common misconceptions and presents a compelling case for reform. It also makes a number of recommendations, including ways to help reduce the stigma and anxiety commonly experienced by young people with a mother in prison.

By supporting Cheryl and Abigail to tell their story in this way, Open Clasp aims to highlight the impact of a parent or family member going to prison. Having a parent in prison is heavily stigmatised; don’t forget the birds allows audiences the opportunity to step into the shoes of a real-life mother and daughter and to join in their post-show discussions to debate about reform and the impact on young people when a family member is incarcerated.

Writer and Artistic Director Catrina McHugh MBE said, “I first interviewed Cheryl and her daughter in 2016. Both told their story of what happened when the prison gates opened. don’t forget the birds is told from their own personal viewpoint and not only what happened next, but of life before prison and its impact on them both. Neither had heard the other’s viewpoint until the first draft of the script was read; at this moment Director Laura Lindow and I had no idea if this project would break or mend their relationship. Fortunately, the latter was the reality; life and art merged and threw both women back on track. don't forget the birds is a story of survival, strength and hope for those wanting to make change a reality. It is a total honour to work with this real-life mother and daughter. In 1998, our first play After Her Death was about mothers and daughters, so this is a special production as we celebrate 20 years of Open Clasp.”

Graeme Thompson, Creative Producer of Live Theatre said, “don’t forget the birds is a further chapter in the fantastic relationship between Live Theatre and Open Clasp. They continue to make ground-breaking stories of vulnerable and unrepresented women, giving voices to those who otherwise would not have one, in a sensitive and highly theatrical way. It’s always a pleasure to have a co-production with Open Clasp as part of our programme and they are always a highlight with our audiences.”

Tickets:
don’t forget the birds is written by Catrina McHugh MBE and directed by Laura Lindow.

before a national tour including Live Theatre Newcastle (20-24 November) https://www.live.org.uk/whats-on/dont-forget-birds,