Full of emotion, humour and musical pulse, it’s a show for anyone who’s ever loved music. Inspired by real music fan confessions, collected from across the UK, and crammed full of classic hits and original songs, ranging from Green Day to Madonna, and Beyonce to the Beatles, this is a heart-warming tribute to music lovers. Fans is written by Nina Berry (The Terminal Velocity of Snowflakes, Live Theatre) in collaboration with The Six Twenty, a Live Theatre Associate Company from 2017. 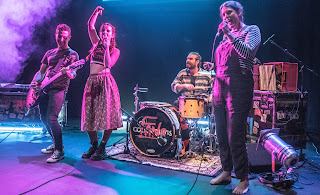 As Nina Berry explains: “I am delighted that following its run in 2016, Fans is returning this Autumn and taking to Live Theatre’s main stage. It’s brilliant to be back at Live Theatre and I’m really looking forward to taking the show to venues in Doncaster, London and Sunderland. It’s a real privilege to be working with the cast and creative team again - with the addition of new cast member Alex Tahnée - to develop the show further and I’m incredibly excited for rehearsals to commence.” 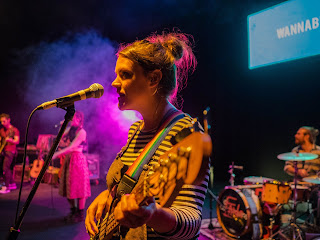 In 2016, The Six Twenty received the Bridging the Gap award to develop Fans; playing to packed audiences across the North East at venues including ARC (Stockton) and Northern Stage (Newcastle). In our review of the 2016 production we said “This is a great, fun show for any fan of music. It’s for anyone who has ever bought tickets first, then worried about how they’ll pay for them or get there or get home much later. No wonder the audience were so enthusiastic with their applause at the end. Fabulous.” 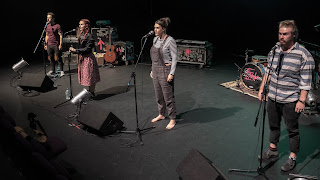 This time, The Six Twenty are teaming up with Live Theatre to reimagine Fans for a new audience in 2018. The show premieres at Live Theatre from 3-6 October before the band takes to the road for a UK tour to venues including Canada Water Theatre & Theatre N16 (London), CAST (Doncaster) and The Peacock (Sunderland). 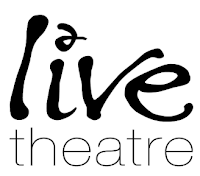 As Live Theatre’s Creative Producer, Graeme Thompson says: “Fans is a fantastic, current and engaging show by The Six Twenty, who are a really exciting company coming out of the North East. We were delighted to work with The Six Twenty as a Live Theatre Associate company in 2017, and to commission them to present Fans in the region and tour to other parts of the UK. “ 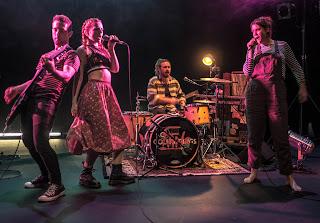 Free events around the show include a How to Be a DIY Band with NARC. Magazine at 6pm on Wednesday 3 October for aspiring musicians (limited places, must be pre-booked). Meet the cast and creative team and learn about the making of the play in a Meet the Band post show talk after the performance on Friday 5 October, and join them for a Fans Club Get together and Closing Party with a live set from upcoming Sunderland indie rock band Plastic Glass, and Guest DJ. All events are free for ticket holders for that evening’s show.

Fans is supported using public funding from Arts Council England, Live Theatre and the Sunday for Sammy Trust and was originally created as part of the Bridging the Gap initiative; an initiative designed to aid the creation of new theatre work within the North East region.

Tickets:
Fans is at Live Theatre from Wednesday 3 to Sunday 6 October, and is suitable for ages 13+ so a great night out for music fans all ages.  Tickets are £10-£14; £6 concessions. For more information or to book tickets visit www.live.org.uk or contact Live Theatre’s Box Office on (0191) 232 1232
Posted by North East Theatre Guide at 21:39