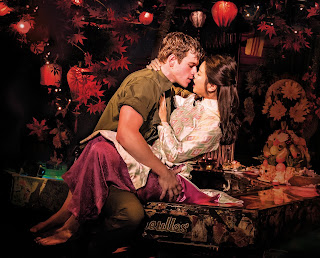 Cameron Mackintosh’s spectacular production of Boublil and Schönberg’s legendary musical Miss Saigon has landed at Sunderland Empire this week for a 3 week run. It has been seen by 36 million people worldwide since it first opened in 1989. So what does a show with a cast of 38, orchestra of 15 and a technical team of 32 that arrives in 16 45-foot trailers and needs 100 production and local crew working 24 hours a day for 3 days to get in at The Empire feel like? The North East Music Guide’s Joanne Oliver reviews. 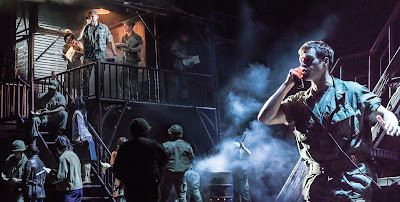 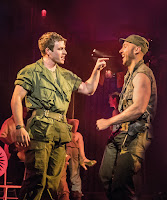 War brings out the best and worst in people. Being a mother, I know the bond one can have with one’s child and as a human, the power of the first love you feel as a teenager.

Miss Saigon has rightfully gained the love of theatre-goers and kept them faithful since its premiere in London in 1989. 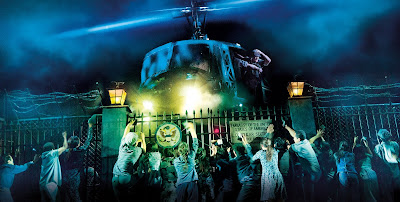 The musical, based on Puccini’s Madama Butterfly tells the story of love born within the debauchery of a brothel in the Vietnam war, between a  US Marine (Chris) and a bargirl (Kim)being groomed to be a prostitute by the “Engineer” a pimp-cum-bar manager who has dreams of being an American citizen. 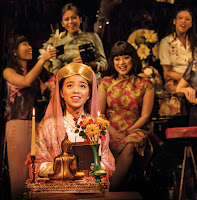 The abandonment of Kim (unwillingly, during evacuation by the American troops) by Chris at the propels her into prostitution. She works to support Chris’s son who is “Bui-Doi” (street child), the name given to children fathered by American troops. 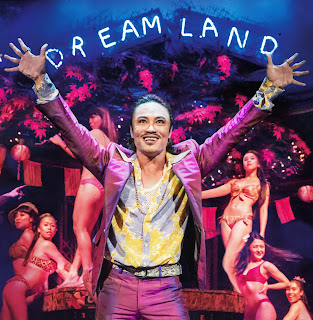 The story is a heartbreaking tale of loss, separation, determination to survive, and self-sacrifice by a number of the characters. It also focusses on people who try to profit from war and sell their souls and those of others just for financial gain. 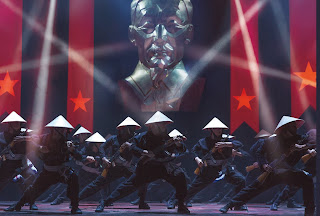 The scene changes and lighting are nothing short of breathtaking in this show. Sunderland Empire’s West -End style stage manages to contain multiple layers of scenery, and a helicopter at one point. Sound and lighting threw us into a war zone and the red-light district of Bangkok with equal ease. 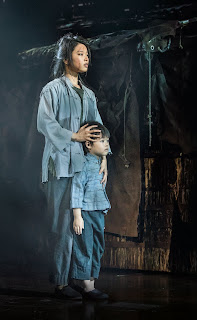 The choreography deserves a mention as such a large cast was sculpted into a fabulous show and dancers did not miss a beat. Action was sometimes disturbing but that’s the story. It was not a clean war. 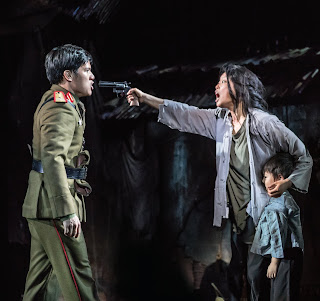 The cast were amazing with strong vocal performances from Sooha Kim (Kim), Ashley Gilmour (Chris), Leo Tavarro Valdez (The Engineer), Gerald Santos (Thuy) to name but a few. No one fell short of outstanding. 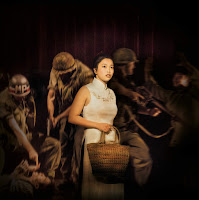 The full orchestra filled the air with a rich sound and did the music a real justice in this production. 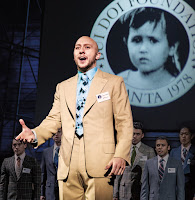 To conclude, I was both emotionally moved and impressed by this show. I would certainly recommend it if you haven’t seen it before. 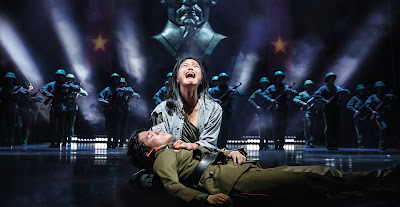 Tickets - Sunderland Empire Box Office on High Street West, via the ticket centre 0844 871 3022* or from our affiliate ATG Tickets: http://bit.ly/SunderlandSaigon.  *calls cost up to 7p per minute plus standard network charges. Booking and transaction fees may apply to telephone and online bookings.