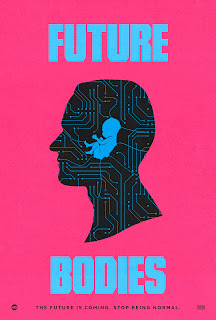 What does it mean to have and to be a body? As we increasingly fuse our biological brains with technology, at what point do we stop being human? Does it even matter? 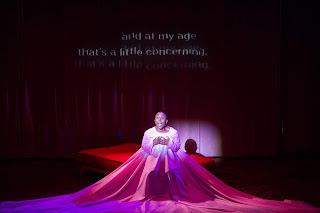 Together with two of the UK’s most innovative and inspiring theatre companies - Unlimited Theatre and RashDash - HOME’s World Premiere of Future Bodies in September 2018 immerses itself fully into these and other such probing questions, smashing together science fact and fiction, to create a thrilling theatrical exploration of the impact of science on human development. 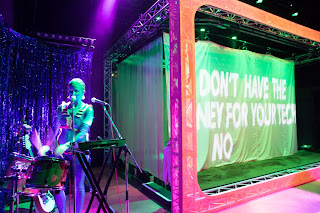 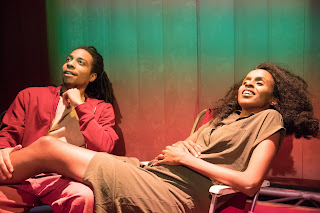 This visceral and playful production - creatively captioned throughout to allow for full accessibility - fuses spoken word, live original music and movement through a series of humorous and thought-provoking vignettes to delve deep beneath the skin, peel back the layers, and shed a spotlight on consciousness, cutting-edge technology and its very real implications.

Future Bodies imagines a future where anything is possible when it comes to biological enhancement. 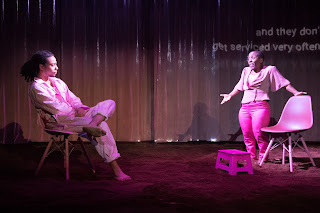 A fully collaborative production - Future Bodies was born in 2015 when Unlimited’s Artistic Director Jon Spooner was commissioned by the Science Museum to make an interactive performance installation about human enhancement technologies with RashDash’s Abbi Greenland as the main performer. 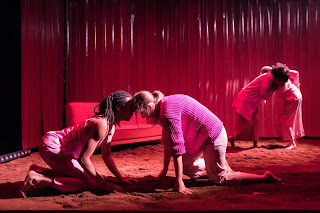 Future Bodies brings together other leading artists and UK-based scientists and researchers in the fields of brain implants, smart drugs, and biotechnologies to tell these stories, share ideas, and ultimately question the brain’s relationship to the body. 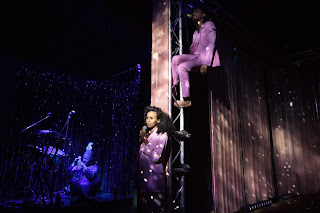 Playing numerous humans and occasionally body parts are a multi-talented and diverse cast of six. They are: Manchester actress Yusra Warsama (On Corporation Street /ANU Productions/HOME), recent TV appearances include Call The Midwife and Our Girl; RashDash’s Becky Wilkie who has written all the music and songs and was most recently seen in the Royal Exchange’s production of RashDash’s Three Sisters; Alison Halstead, following her acclaimed performance as La Poncia in Graeae and the Royal Exchange’s production of The House of Bernarda Alba. She was a part of the all-female acrobatics skills ensemble in ENO’s Aida. Later this autumn, Alison will be in Royal Court’s production of Hole, also directed by RashDash. 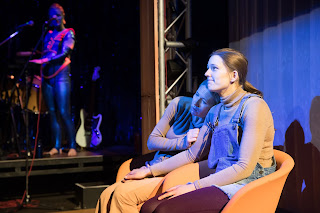 The remaining cast comprises Lara Steward, who communicates both through speech and sign language, having been deaf since the age of three. Her past credits include Redefining Juliet (Many Rivers Film for BBC Shakespeare Season and Barbican Pit Theatre Open Lab); Kate Maravan, whose numerous TV credits include Safe, The Coroner, New Tricks, Emmerdale, Doctors, Touch of Frost; her theatre credits include One Cold Dark Night (Bush Theatre), Opening Skinner’s Box (Improbable), Four Minutes, Twelve Seconds (Trafalgar Studios and Hampstead Theatre), and Enduring Song (Southwark Playhouse); and Deshaye Gayle, who graduated from the Royal Central School of Speech and Drama in 2017. His theatre credits include Sex with Robots and Others Devices (King’s Head Theatre), The Incident (Arcola), and The Words are Coming (Theatre 503). 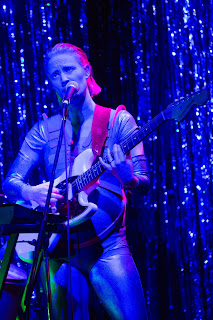 Future Bodies is supported by Arts Council England and the Wellcome Trust, and is also a trailblazer event for the 2018 Manchester Science Festival.

Tickets available online from www.northernstage.co.uk/Event/future-bodies or from the box office on: 0191 230 5151
Posted by North East Theatre Guide at 21:35