Preview: Stepping Out by Richard Harris at Newcastle Peoples Theatre 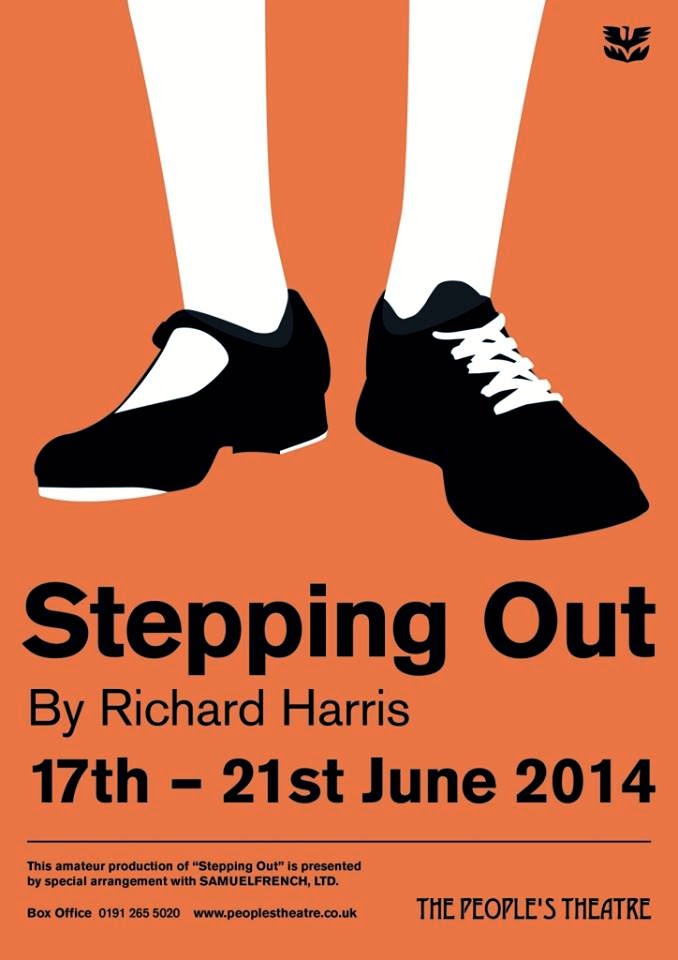 The People’s Theatre prides itself on the variety it offers. So as well as regularly performing plays audiences might not have seen before they are also not adverse to some old favourites too.
From Tuesday 17th June they present the Richard Harris toe-tapping comedy Stepping Out that charts the exploits of the Mavis Turner Tappers, a class of amateur hoofers who meet once a week in a scruffy church hall and who are forced to raise their game and work as a team when they are invited to take part in a big charity show.
It’s a play so popular with People’s members and audiences that two of its cast are returning for a third time!  Anne Havis returns as acerbic pianist Mrs Fraser, while Roger Liddle reprises his role as the only man in the class, the rather hapless Geoffrey.  They are joined by eight actresses brand new to the play, and in some cases brand new to tap-dancing.
Because Stepping Out isn’t your usual production, as on top of the typical blocking and line learning there’s the added challenge of learning how to do the Time Step, the Maxi Ford, paradiddles and much more! Experience amongst the cast ranges from over ten years tapping to never having worn a tap shoe before lessons started in March. But under the patient tuition of choreographer Julie Bowman, Head of Dance at Central Newcastle High School, the routines have taken shape.   Julie comments, “it has been great fun to teach tap to the cast. They have worked very hard to learn and perform. I am delighted to be part of this company, and am looking forward to the show.”
One of the great appeals of Stepping Out has got to be its characters. They’re a rag-tag bunch from different backgrounds and walks of life, each coming to the weekly class for their own different reasons.  Director Sally Cooper says “the people that we meet are so diverse and fabulous. They’re each juggling the traumas we all face in our daily journeys through life. Just about every problem of family, work, self-esteem, self-confidence and the decisions we make are represented.”
So The People’s Theatre is the place to be next week to see how Lynne, Dorothy, Maxine, Andy, Sylvia, Rose, Vera, Geoffrey, Mrs Fraser and Mavis cope with the steps - and each other - in this energetic, feel good comedy that is the ideal way to step (ball change) into summer!
Photos by Paula Smart: https://www.facebook.com/thejazzdevilphoto
STEPPING OUT by Richard Harris
DATE:              Tuesday 17 – Saturday 21 June 2014
TIME:               7.30pm
VENUE:           The People’s Theatre, Stephenson Road, Newcastle upon Tyne,
NE6 5QF
TICKETS:          £12.50 (Concessions £10)
TELE:                0191 265 5020
WEBSITE:         www.peoplestheatre.co.uk