Award Winning Play Returns
One of the Guardian’s Top 10 Plays of 2013, the brilliant “Wet House” is coming back to Newcastle’s Live Theatre from Wednesday 17th September to Saturday 11th October before going on tour to the Hull Truck Theatre (14th – 18th October) and Soho Theatre in London (21 October – 16th November). 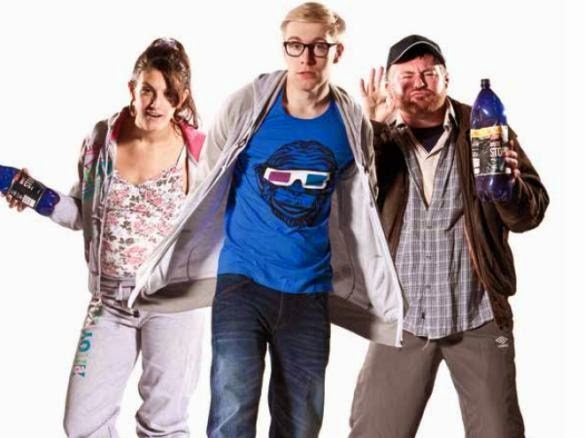 It was a big hit with audiences in Live Theatre’s 40th anniversary year and went on to win many awards in the Newcastle Journal’s Cultural Awards. Wet House, a play about life in a homeless hostel, won three prizes including Performance of the Year and Writer of the Year. Plus, Wet House actor Joe Caffrey was named Performing Artist of the Year for his unforgettable performance as Dinger.

Based upon his own first-hand experiences of working in a wet house, Paddy Campbell’s startlingly original first full length plays asks who will look after the people that no one else will look after? The new show will feature many of the original cast so we have reproduced our review from the original show below (http://jowheretogo.blogspot.co.uk/2013/09/review-wet-house-at-live-theatre.html).
There will also be a discussion on Sunday 5th October on Homelessness & Addiction Discussion with writer Paddy Campbell and a chance meet the team behind the show on Tuesday 7th October.
Ticket Details:
Wednesday 17 September to Saturday 11 October
LOCATION: Main Theatre
SUITABILITY: 14+, contains strong language, scenes of violence and adult themes
TICKETS: £22-£10, over 60s concs £22-£10, other concs £15-£5
DURATION: Approx. 2 hours and 30 minutes including an interval
http://www.live.org.uk/whats-on-book/wet-house-0
Hull Truck: http://www.hulltruck.co.uk/
Soho Theatre: http://www.sohotheatre.com/whats-on/wet-house/
The Jowheretogo Review of the original production:
Review: "Wet House" at Live Theatre
An Alcohol-Fuelled Free-For-All 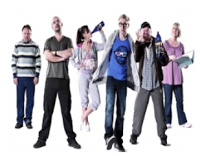 The Live Theatre in Newcastle has provided gritty drama in the past. Not known for "safe" theatre it faces issues head on and presents them with realism. This play, written by Paddy Campbell, a product of the Live Theatre writing course in 2007, and a one-time worker in such an establishment, is no exception.

The "Wet House" is a homeless hostel where alcoholics are allowed to drink, providing them with a "safe" place to exist and be sheltered and to keep them off the streets. Andy, fresh from failing at university, and ready to be a useful citizen, walks into this alternative reality where normal social rules no longer apply and it isn't only the residents who are dysfuctional and damaged.

The writing is exceptional, in my view, and one liners are delivered by the cast, especially Chris Connel with the skill of a seasoned stand-up. However this play, despite having laugh out loud moments had me close to tears with the tragic stories behind the characters, and the brutality meted out by Connel's character Mike on residents he felt deserved it.

Back in the day, my old Dad told me about the legendary Patricia Hayes playing a drunk in "Edna the Inebriate Woman" the BBC Play For Today in 1971 and her amazing performance. The drunks in this production were utterly believable, tragic, and at times hilarious. Joe Caffrey quickly transformed from the loveable smelly old tramp to a man who had lost his family through drink and saw no future for himself. Eva Quinn played  Kerry the  young woman set on a trail of self distruction and facing the loss of custody of her baby through drink and drugs. She expressed the anger and hopelessness of this character so well, I was close to tears.

Riley Jones, as Andy changed from the awkward young man with a normal life, to a mentally scarred individual with an unhealthy relationship with drink, in an alarmingly short time...with help from his messed-up mentor, Mike. Helen, another staff member was equally controlled by ex-army bully Mike and was played brilliantly by Jackie Lye. David Nellist had a hard role to play. Spencer, a convicted paedophile, terrorised and violently attacked by his "key worker" Mike, was a pitiful character, spiralling down into alcoholism to hide from the shame and hopelessness that filled his life.

This play was amongst the best theatre I have seen this year. The combination of comedy, violence and utter gloom these characters faced, made for an emeotional rollercoaster I hadn't bargained for. Live Theatre truly hit the spot with this production.

The Cyrenians work with vulnerable, disadvantaged and homeless people, to give them a roof over their heads and a support network. They will have representatives at the panel discussion. I have witnessed their work as I used to live next door to one of their houses on Westgate Road. The thing I noticed about the men that stayed there was not that they were threatening in any way. They seemed afraid to even say "hello" and surprised that us (students, as we were) would let on to them. Now I present a radio show in the basement of one of the charity's houses, its funny how things come full circle. They do such valuable work with people who may be difficult to cope with, and not always easy to sympathise with.

Everyone has a story.

"I'm a middle aged woman working as a tramp-farmer" (Helen)