Preview: An Audience With Tim Brooke-Taylor at Darlington Civic Theatre

Best known as one third of TV comedy trio "The Goodies", Tim has been delighting audiences with his gentle, zany humour ever since joining the famous Cambridge Footlights back in the early 1960s.
As a student performer he appeared alongside the likes of Bill Oddie, Graeme Garden, John Cleese, Graham Chapman, Eric Idle and Jonathan Lynn touring extensively with the Cambridge Circus Revue, before moving into television, where his credits include" On The Braden Beat", "The Frost Programme" (as editor), "At Last the 1948 Show" and "Me and My Girl".
Now a regular panellist on the ever-popular radio shows, "I'm Sorry I Haven't A Clue" and "Just A Minute", Tim will be at the Tivoli in conversation with broadcaster Chris Serle, best known for his work as a reporter on "That’s Life" with Esther Rantzen, sharing anecdotes and film clips from a career spanning over 50 years.
Tim has also appeared in countless stage productions and written several books.
His most memorable ‘claim to fame’ came with the popular TV series The Goodies with Bill Oddie and Graeme Garden.  Brooke-Taylor, Garden, and Oddie also appeared on Top of the Pops with their song "Funky Gibbon".
After the end of The Goodies on UK television, Brooke-Taylor also worked again with Garden and Oddie on the animatedtelevision comedy series Bananaman, in which Brooke-Taylor was the narrator, as well as voicing the characters of King Zorg of the Nurks, Eddie the Gent, Auntie and Appleman.
Brooke-Taylor was appointed Officer of the Order of the British Empire (OBE) in the 2011 Birthday Honours.
An Audience With Tim Brooke-Taylor covers all these subjects and more with Tim in conversation with the broadcast journalist and former That’s Life! co-presenter Chris Serle.
Tickets* £13 & £15
To book contact the Box Office on 01325 486 555 or visit www.darlingtoncivic.co.uk
*plus £1 per ticket restoration levy 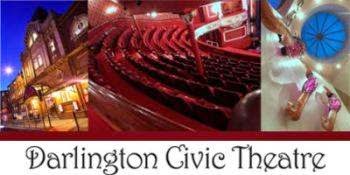