Birds have a different madness to us 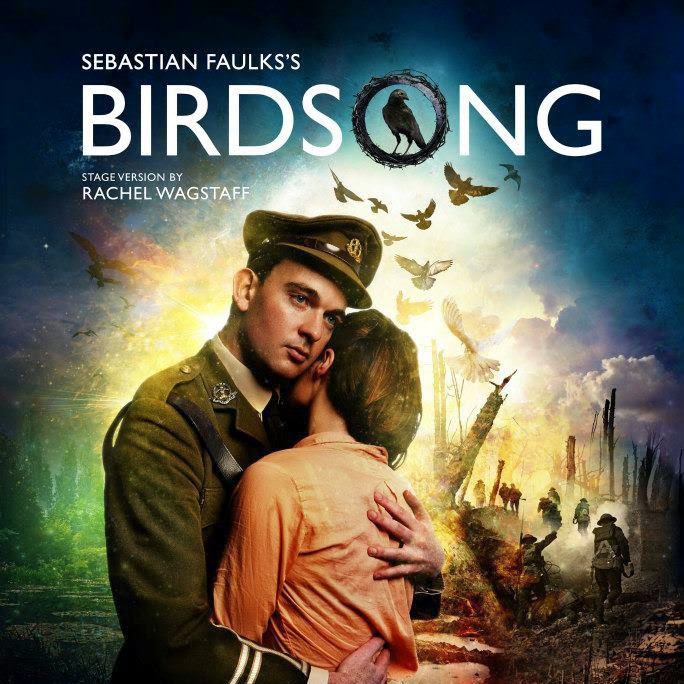 Birdsong
Hull Theatre 24thMay 2014
Stage Version Written by Rachel Wagstaff
It is always going to a challenge to produce a drama about the First World War without evoking memories of much more recent shows such as Blackadder Goes Forth.  Perhaps it is that the war, or its participants are no longer with us, or that those of us who had the privilege to meet them had few, if any, words about what they had seen or done. Whilst the Education Secretary dismisses such television programmes, they do live within the current generations collective memory. In the hundredth anniversary of that war it is very important to acknowledge the sacrifice made by a generation. Many did not come back. Those who did had their lives changed forever. We also acknowledge that there are current disputes around the war being fought by troops that did not start the fight but will suffer the consequences.  This adaptation of Sebastian Faulks’ 1993 novel Birdsong is a sympathetic and moving account of those times which keeps away from the sentimentality of some period pieces. 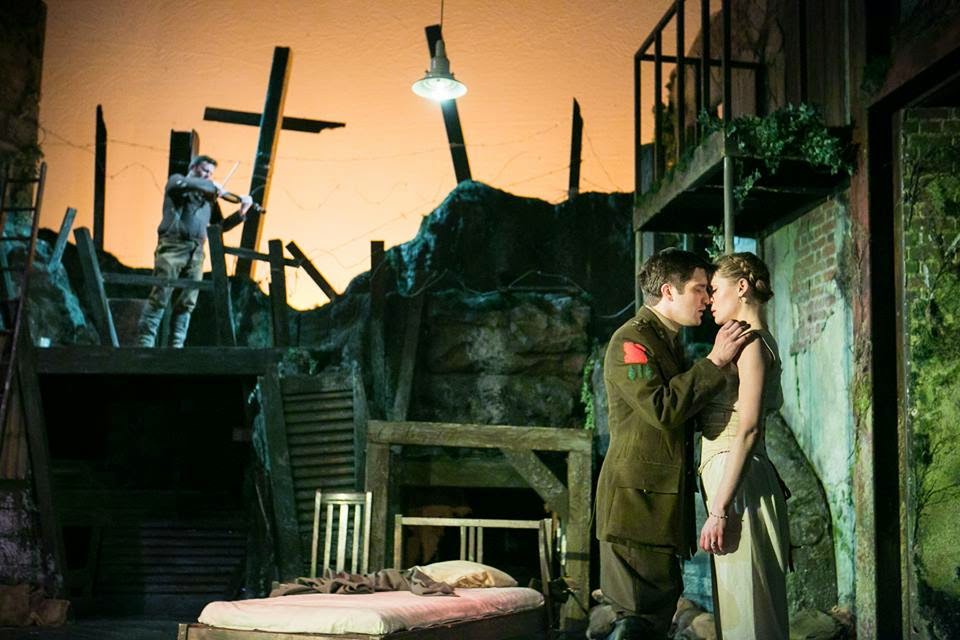 The play centres around Stephen Wraysford, who is brilliantly portrayed by George Banks. As the story toggles between 1910 and 1916 France, the character is fighting his past when he met the love of his life Isabelle, characterized by the fabulous Carolin Stoltz, and his personal demons don’t fly away as he leads his men in the trenches as a lieutenant in the British Army. The horrors of war are aptly demonstrated by the young lad Tipper (Jonny Clarke) and the need to get away from the noise and make the most of leave is brought into focus by Evans, brought to life by Samuel Martin who also provided the live violin onstage. 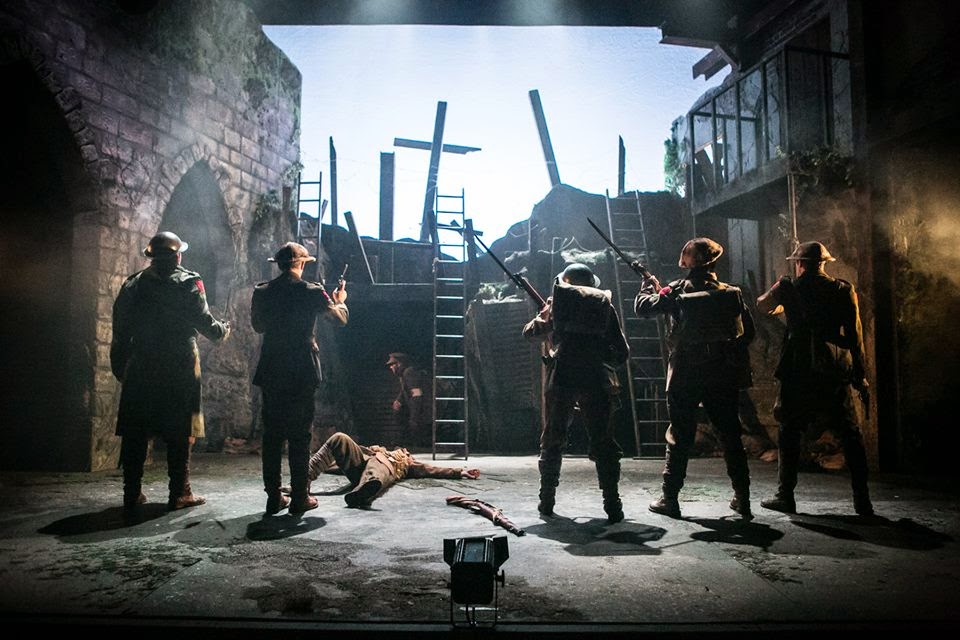 The plight of the British Soldier was marvellously captured by Peter Duncan in his role as Jack Firebrace, a former miner who tunnels under no-mans land. His love of his son, who is discovers by letter is ill back home and he is unable to request leave to return, is nicely captured. Through these parallel stories, of Jack and Stephen, the audience is asked to reflect upon the futility of war and the desperation for its participants. The victims of their situation also included the women folk and Selma Brook, Elizabeth Croft and Lucy Grattan combine to remind us that it was not just the soldiers at the front who were the only ones to suffer the ravages of war. 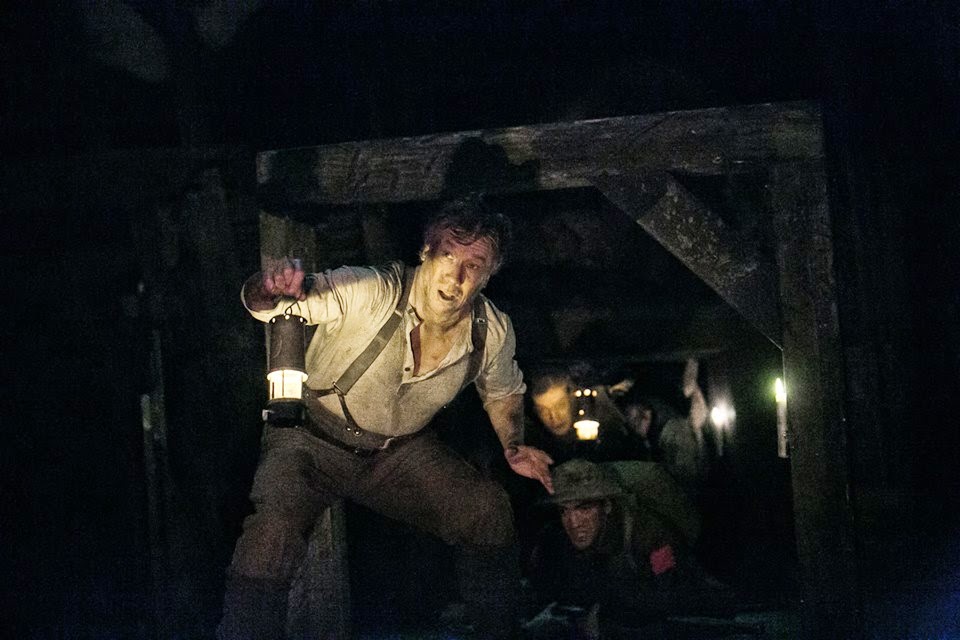 This strong company is complemented by Malcolm James as the harsh factory owner Azaire; James Staddon as Berard – a man who always gets his prey; and Simon Lloyd as the trusted Shaw.  The set was a work of art in itself, capturing the claustrophobic nature of the tunnels, the misery of the trenches and then opulence of pre-war France. 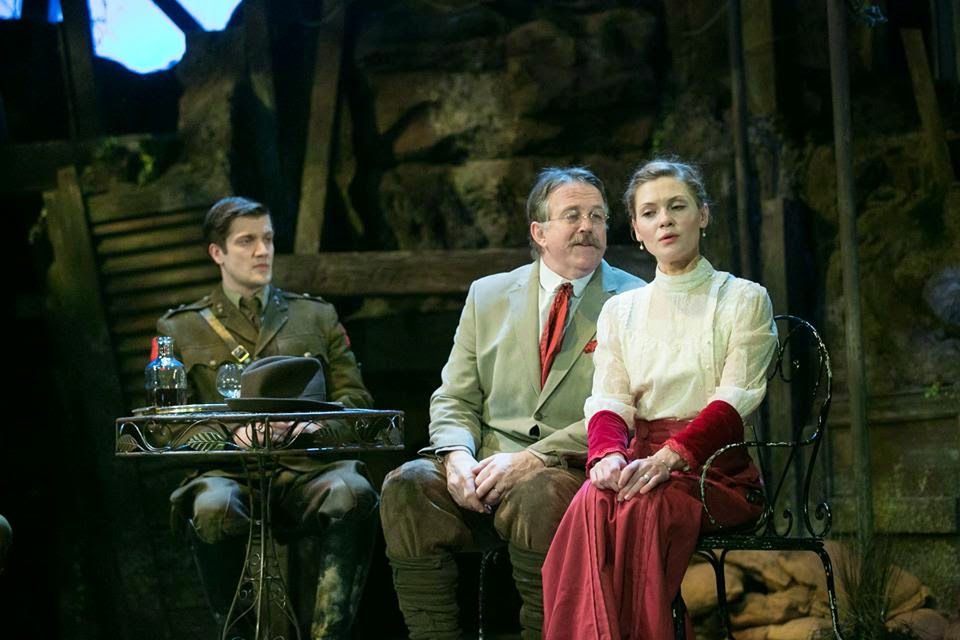 This is a haunting and yet still beautiful production played by a superb cast. It is a fitting tribute to the fallen who should be remembered for the sacrifice that they made. 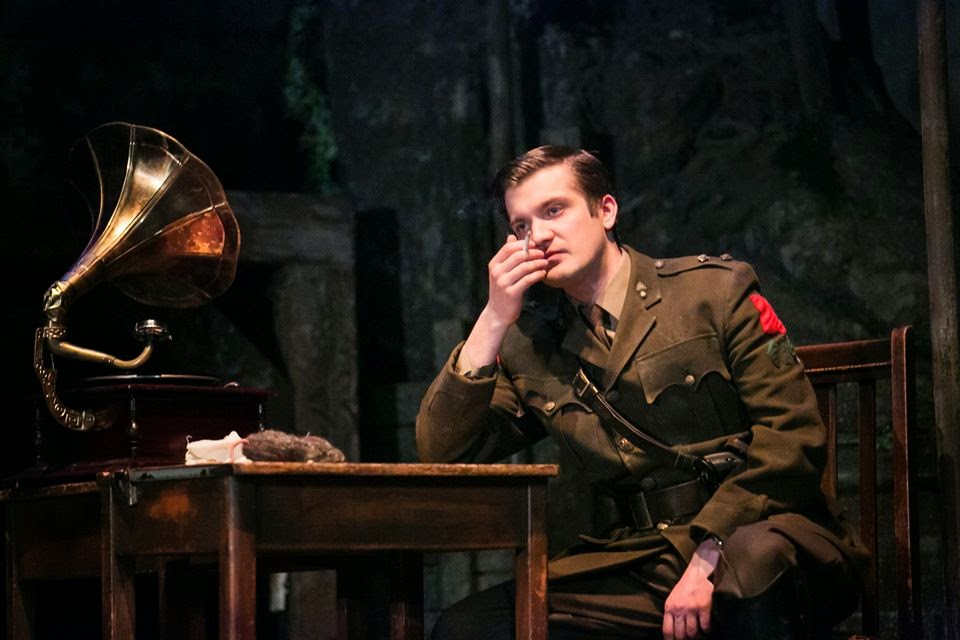 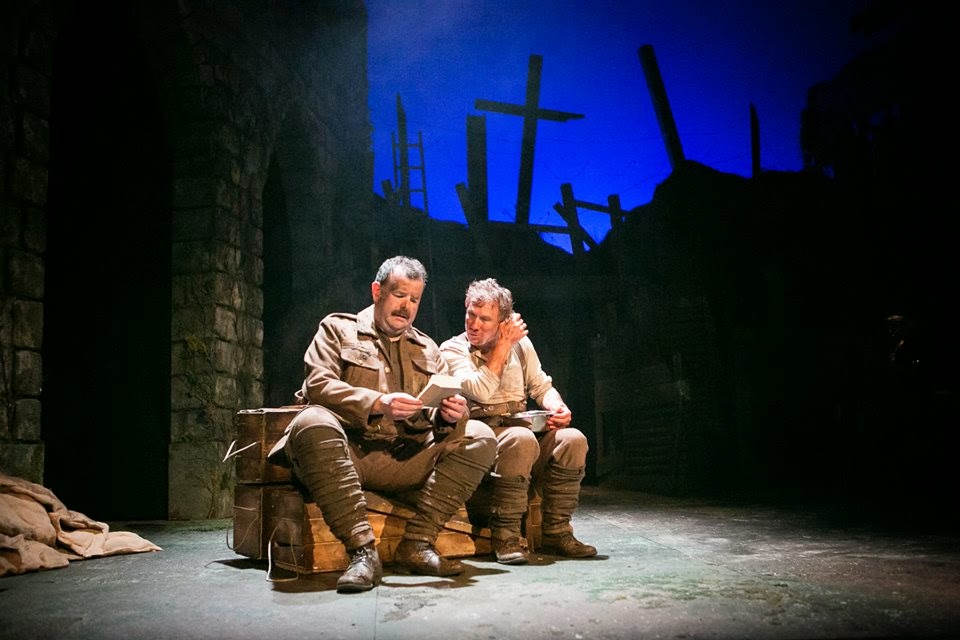