Hexham Gathering 2014
Thursday 22 May to Sunday 25 May 2014
The Hexham Gathering is perhaps the country’s leading festival aimed at providing performance opportunities for a host of hugely talented young singers, dancers & instrumentalists. Hundreds or performers converge on Hexham each year providing a vibrant kaleidoscope of music and spectacle throughout the town centre and at a variety of other venues across Tynedale.
QHA Marketing Manager Simon Haworth says “The Hexham Gathering 2014 has all the usual much-loved ceilidhs, sessions and concerts (both outdoor and indoor). But the really unique thing about the Hexham Gathering is the pairing of top folk and traditional performers with some of the brightest rising stars in the new generation of folk musicians, alongside school and youth groups from Tynedale and beyond.  The Hexham Gathering is a chance to see artists on their way up ... demonstrated by Julie Fowlis who played at the Hexham Gathering in 2006…  and now she is a hugely respected and widely known artist, recently seen hosting the BBC Folk Awards alongside Mark Radcliffe.
It’s very much a repeating theme in that so many of the artists go on to much greater success as their careers develop. Watch out for the artists playing around Tynedale in the lead up to the Saturday events… “
This year’s line up includes: Julie Fowlis, Breabach, Andy May Quartet, The Jeremiahs, Jim Boyle & Dave Gray, Barrule, Folkestra, Tarset Ceilidh Band, Down in the Atticand lots more.
One of the many highlights include performances of Queen's Hall Arts’ own folk groups Down in the Atticand 4th Generation on Sunday 25 May at 1.00pm at the Queen’s Hall.
Tickets for events start from £6.00 (concessions from £4.00) and are available from the Queen’s Hall Box Office on 01434 652477 or the website www.queenshall.co.uk.
Twitter: @QueensHall and @_Folkworks - Join in the conversation: #HexGath14

Twitter: @Queenshall and @_folkworks - Join in the conversation with #hexgath14 - See more at: http://www.queenshall.co.uk/whats-on/music-dance/895#sthash.6kgXEBa9.dpuf
Twitter: @Queenshall and @_folkworks - Join in the conversation with #hexgath14 - See more at: http://www.queenshall.co.uk/whats-on/music-dance/895#sthash.6kgXEBa9.dpuf
Twitter: @Queenshall and @_folkworks - Join in the conversation with #hexgath14 - See more at: http://www.queenshall.co.uk/whats-on/music-dance/895#sthash.6kgXEBa9.dpuf
Events:
Jim Boyle & Dave Gray
Thursday 22 May 7.30pm
At Stocksfield Institute and Community Association, Stocksfield
Jim Boyle and Dave Gray are a new duo with a delightful repertoire of traditional tunes on fiddle and melodeon, playing with precision and ease. This concert will be packed with other gems, including regulars such as Broomley First with the culmination of their Hexham Gathering project, and village favourites, the Stocksfield Stompers.
Tickets: £7.00 l £5.00 (conc)
Andy May Quartet
Friday 23 May 7.30pm
At Allendale Village Hall
Andy May is one of the region’s foremost Northumbrian Pipers and known to many as one of the Bad Pennies alongside Jez Lowe, as well as a key member of the pan-European group, Baltic Crossing. Andy’s quartet showcases his prowess as a piper and multi-instrumentalist, steeped in the heart of the tradition.
Tickets: £7.00 l £5.00 (conc)
Barrule
Friday 23 May 7.30pm
At The Hearth at Horsley
The unique sound of traditional Manx music: the Celtic world’s best kept secret! Barrule is an exciting new trio hellbent on taking the Isle of Man’s music to a wider world. Barrule fuses three musical forces – Mabon’s Jamie Smith, fiddle-player Tomás Callister and Adam Rhodes on bouzouki. Together they create a powerful and distinctive sound to put the small island in the Irish Seafirmly on the map.
Tickets: £7.00 l £5.00 (conc)
Tarset Ceilidh
Friday 23 May 7.30pm
At Tarset Village Hall
Ceilidhs in Tarset Village Hall have been gathering momentum with the Hall’s own ceilidh band and a host of great musicians with local connections. Come to dance!
Tickets: £7.00 l £5.00 (conc)
Saturday 24 May
Hexham Town Centre 10.00am to 4.00pm
Songs, dancing and tunes throughout Hexham with outdoor performances from a huge variety of school and youth groups.
Hexham Gathering Festival Club at Trinity Methodist Church Hall
Informal performances and sessions all day.
Ceilidh at the Bandstand 12.30pm to 2.00pm
Plenty of room to dance! Free Event
Queen’s Hall Informal Concert 2.00pm
Soloists, duos, bands and more in a fast flowing afternoon of acoustic music. Free Event.
Queen’s Hall Arts Centre Evening Concert
Julie Fowlis / Breabach
Saturday 24 May 7.00pm
It is little wonder that when Disney Pixar were searching for the perfect, authentic singing voice to feature in the Oscar, Golden Globe and BAFTA winning ‘Brave’, their worldwide hit animated film set in the ancient highlands of Scotland, they chose one of the Western Isles’ true contemporary treasures - Julie Fowlis. Brought up on North Uist in Scotland’s Outer Hebrides, Fowlis has been a proud standard bearer for Gaelic music and culture over the course of a solo career which has spanned over ten years. “Julie Fowlis could be the first Scottish Gaelic crossover star in the making.” The Daily Telegraph
Ever since launching their career as winners of an Open Stage Award at Celtic Connections 2005, Breabach’s star has been steeply on the rise, an ascent that continues with the release of their fourth album, Ùrlar. Breabach are fresh and creative with a dynamic synergy of songs and tunes, traditional and modern, sweetness and fire.
“Breabach once again displayed all the artfulness, ambition and imagination that set them so decisively apart from the pack.” The Scotsman
Tickets: £17 | £15 (conc)
Hexham Gathering Ceilidh
Saturday 24 May 7.30pm - 11.00pm
At the Wentworth Leisure Centre, Hexham
Put on your dancing shoes and join in a giant ceilidh. An event suitable for all members of the family.
Tickets: £8.00 l £6.00 (conc)
A money-saving ticket is available for both the Queen's Hall Concert and the Ceilidh.
Tickets: £22.00 | £18.00 (conc)
Sunday 25 May
Down in the Attic and Friends (inc 4th Generation)
1.00pm
At the Queen’s Hall Arts Centre
Down in The Attic and 4th Generation, resident young folk bands at Queens Hall, present a fast flowing lunchtime concert of energetic music with special guests.
Tickets: £6.00 | £4.00 (conc) 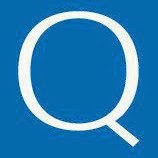 Gig in the Park
With Folkestra and The Jeremiahs
2.30pm
At the Bandstand, Abbey Grounds, Hexham
A relaxed afternoon in the park with free outdoor music at the bandstand.
Folkestra is a youth folk ensemble with Kathryn Tickell as Musical Director. Folkestra performed at the BBC Proms’ first ever Folk Day and has since played alongside Sting, Andy Sheppard, and Thea Gilmore.
The Jeremiahs are an exciting new band from Ireland, playing original and traditional songs and tunes, from rousing sea shanties to emotional ballads of hardship, love and loss. The band is creating quite a stir, rapidly becoming hugely popular on the Dublin folk scene.
Free event
Tickets for all events from Queen’s Hall Box Office 01434 652477 or online at www.queenshall.co.uk
Any young performers of traditional music, song or dance wishing to get involved and participate in this event should contact folkworks@thesagegateshead.org for more information.
If you want to find out any more information then full programme details are available from the information point at the Queen’s Hall during the Hexham Gathering weekend.  The Hexham Gathering is organised by Folkworks of The Sage Gateshead in partnership with Queen’s Hall Arts.