Preview: Annie Get Your Gun at Sunderland Empire 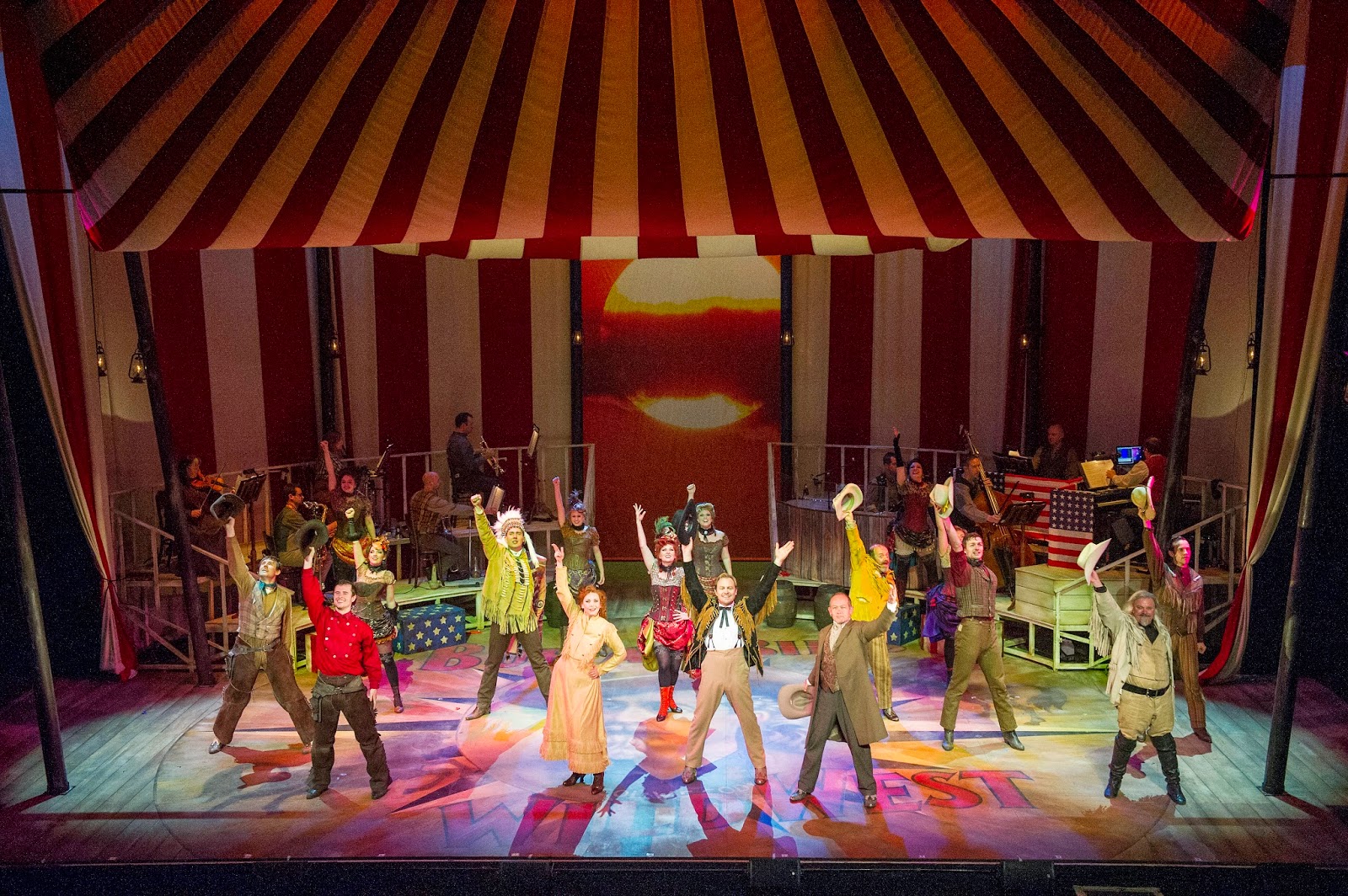 Annie Get Your Gun
Sunderland Empire - 3 –  7 June 2014
The producers of the recent Barbican production of South Pacific and the Sadlers Wells production of West Side Story present a major new production of this Tony Award-winning version of Irving Berlin’s classic musical, Annie Get Your Gun, starring Emma Williams as Annie Oakley, Jason Donovan as Frank Butler and Norman Pace as Buffalo Bill. This exciting show is at Sunderland from the 3rd to the 7th June as the second stop on a National Tour. 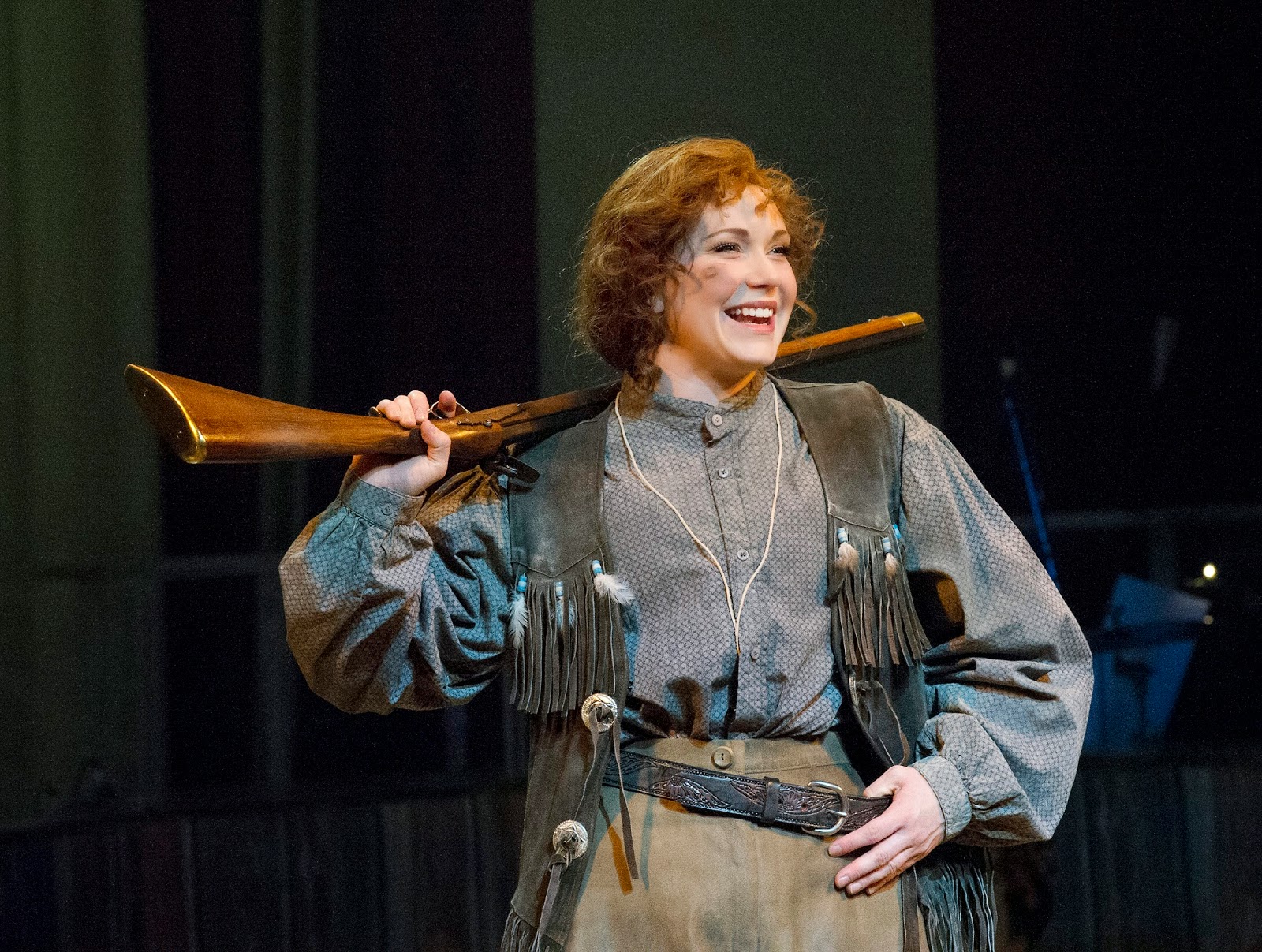 A star of stage and screen, and having performed on the musical theatre stage across the globe, Jason Donovan has appeared in hit musicals including Priscilla Queen of the Desert, The Sound of Music, War of the Worlds and Joseph and The Amazing Technicolour Dreamcoat. Now he will appear as Frank Butler in this new version of the classic Broadway smash hit. Jason is joined by Emma Williams as Annie Oakley. Emma is the twice Olivier nominated star of Chitty, Chitty, Bang Bang and Love Story. Her other credits include Sunset Boulevard and Sweeney Todd: The Demon Barber of Fleet Street.  Jason and Emma will be joined by the much loved Norman Pace as Buffalo Bill, who most recently starred the West End production of Chicago. 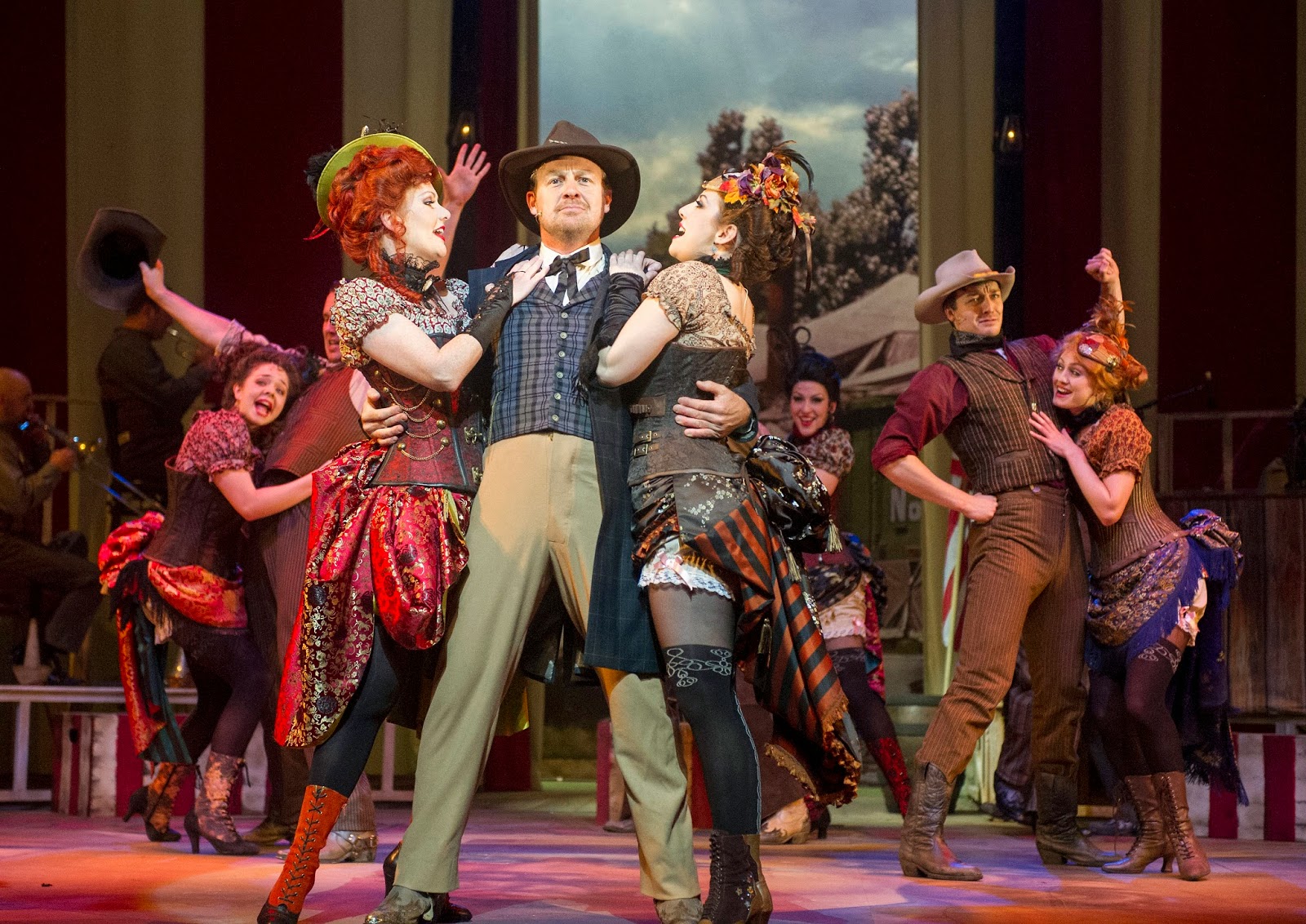 With timeless classic songs including There’s No Business Like Show Business and Anything You Can Do, I Can Do Better, Annie Get Your Gun tells the legendary story of Buffalo Bill’s Wild West female sharpshooter, Annie Oakley and her romance with fellow sharpshooter, Frank Butler. When Buffalo Bill’s Wild West show comes to town, it only takes one glance for sharp-shooting country girl Annie Oakley to fall head over heels for its star marksman, Frank Butler. Both have truly met their match, revealing their competitive natures as they vie for best shot – and each other’s hearts. 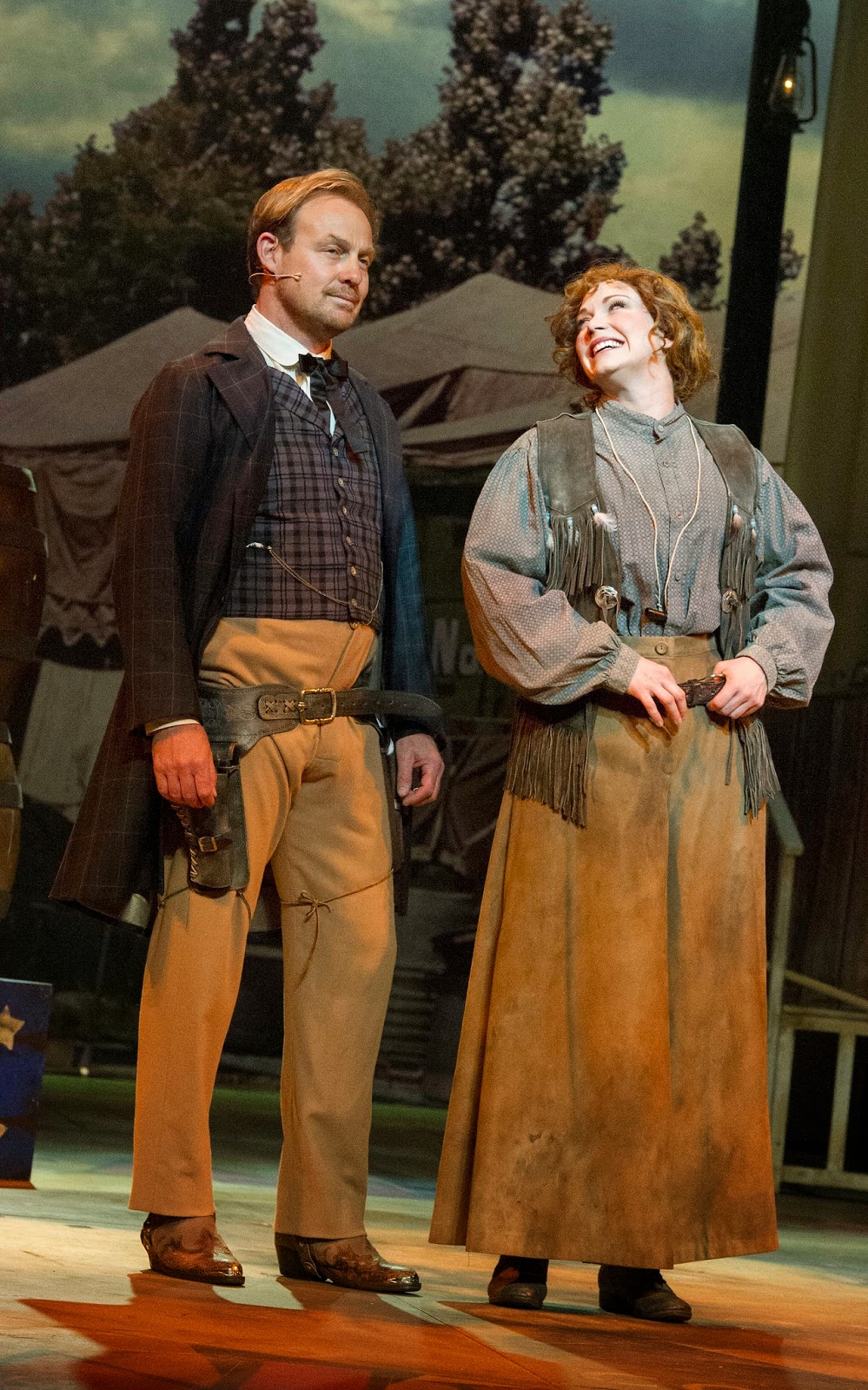 Jason Donovan said; "I've been very lucky in having some great roles to get my teeth into in the past, but now having the chance to star in the UK premiere production of this award winning version of such a classic musical is very exciting. I'm very much looking forward to performing such brilliant songs and appearing alongside a truly great cast as we bring the Wild West to theatres across the country." 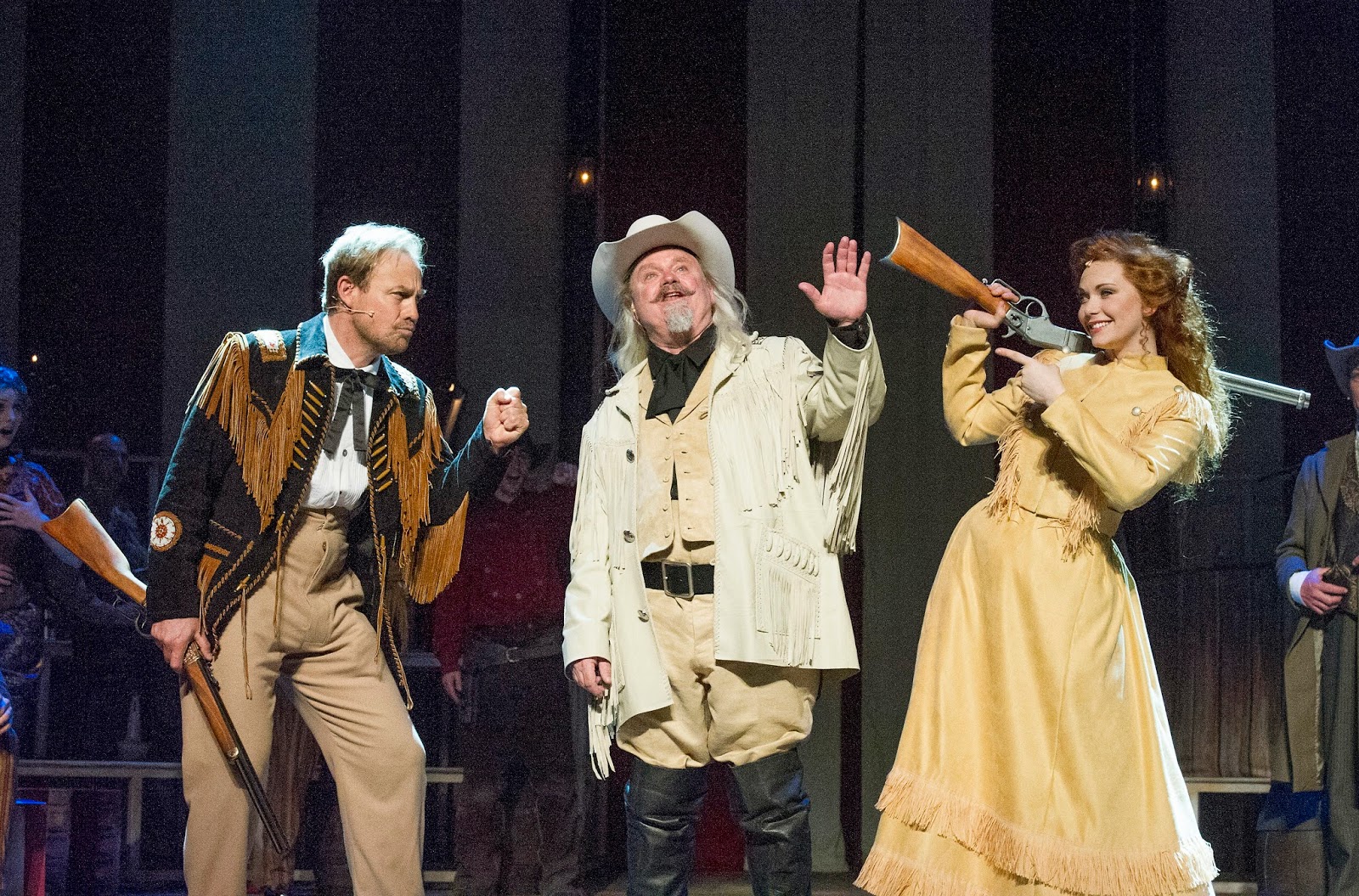 Norman Pace said; "I can't wait to get out on the stage and play Buffalo Bill alongside Jason Donovan and Emma Williams, with a script and songs written by the legendary Irving Berlin. Even though it's nearly 70 years since the show was first performed on Broadway, there's still a real sense of fun and excitement to a timeless production that I'm very honoured to be a part of." 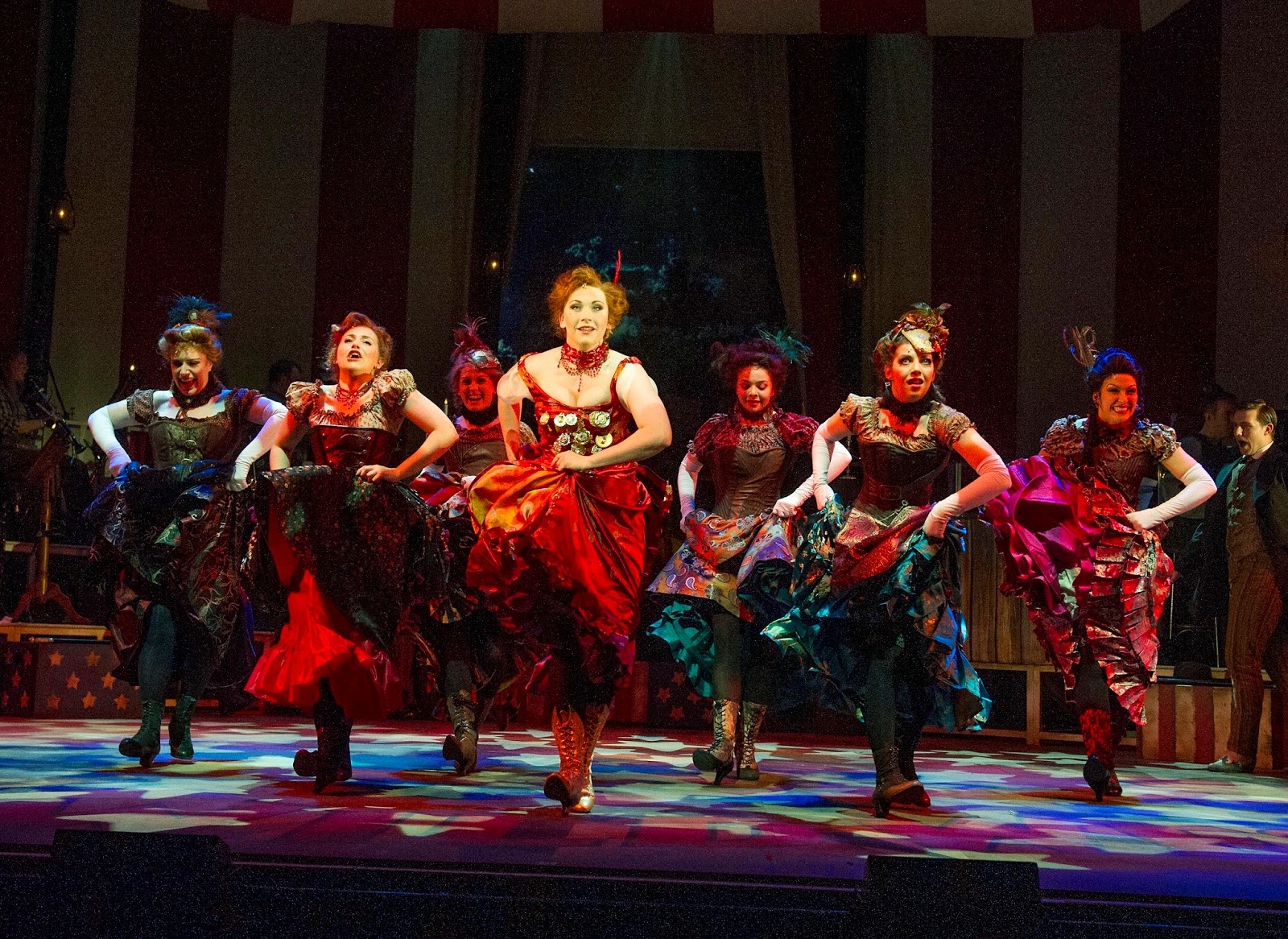 Leading lady Emma Williams said; "I'm thrilled to be playing the legendary Annie Oakley alongside Jason and Norman, and performing iconic songs such as Anything You Can Do, I Can Do Better and You Can't Get A Man With A Gun. Annie Oakley has been played by so many incredible actresses before that it's a privilege to fill those cowgirl boots, and I couldn't be more excited to be Doin' What Comes Natur'lly!"
Now, Howard Panter and The Ambassador Theatre Group are thrilled to be producing this version on tour across the UK, bringing this much loved musical to a new generation of theatre-goers, with a brilliantly talented cast. 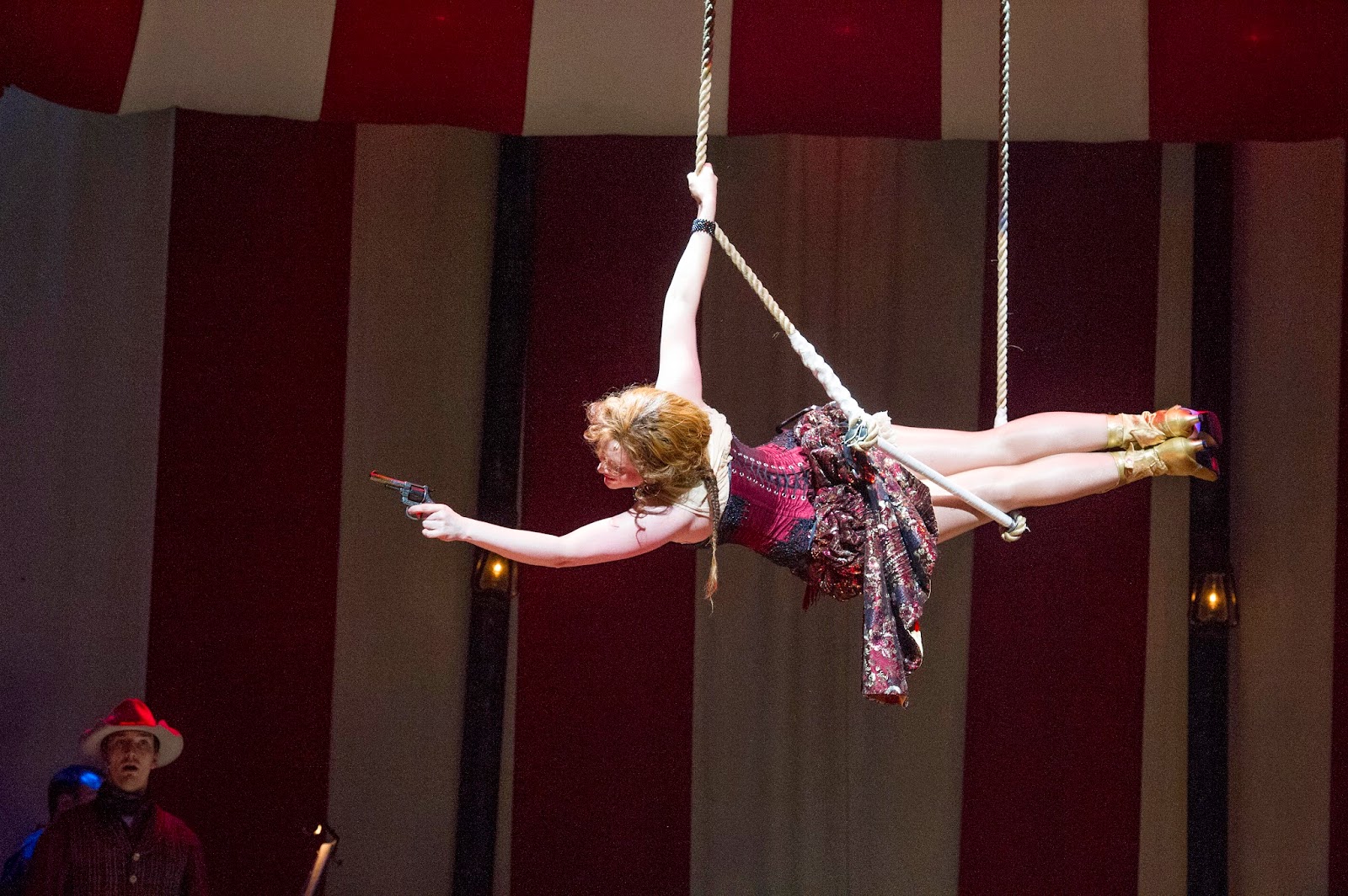 Emma Williams is blogging about her experiences on tour and you can follow her at http://www.emmawilliamsactress.blogspot.co.uk/

Ticket Details:
Tickets available in person from £10.50 at the Box Office or from £13.40 via the Ticket Centre on 0844 871 3022* or online at www.atgtickets.com/Sunderland*
Premium seats also available.
*£2.85 transaction fee applies to  telephone and online sales.
Tour Dates: 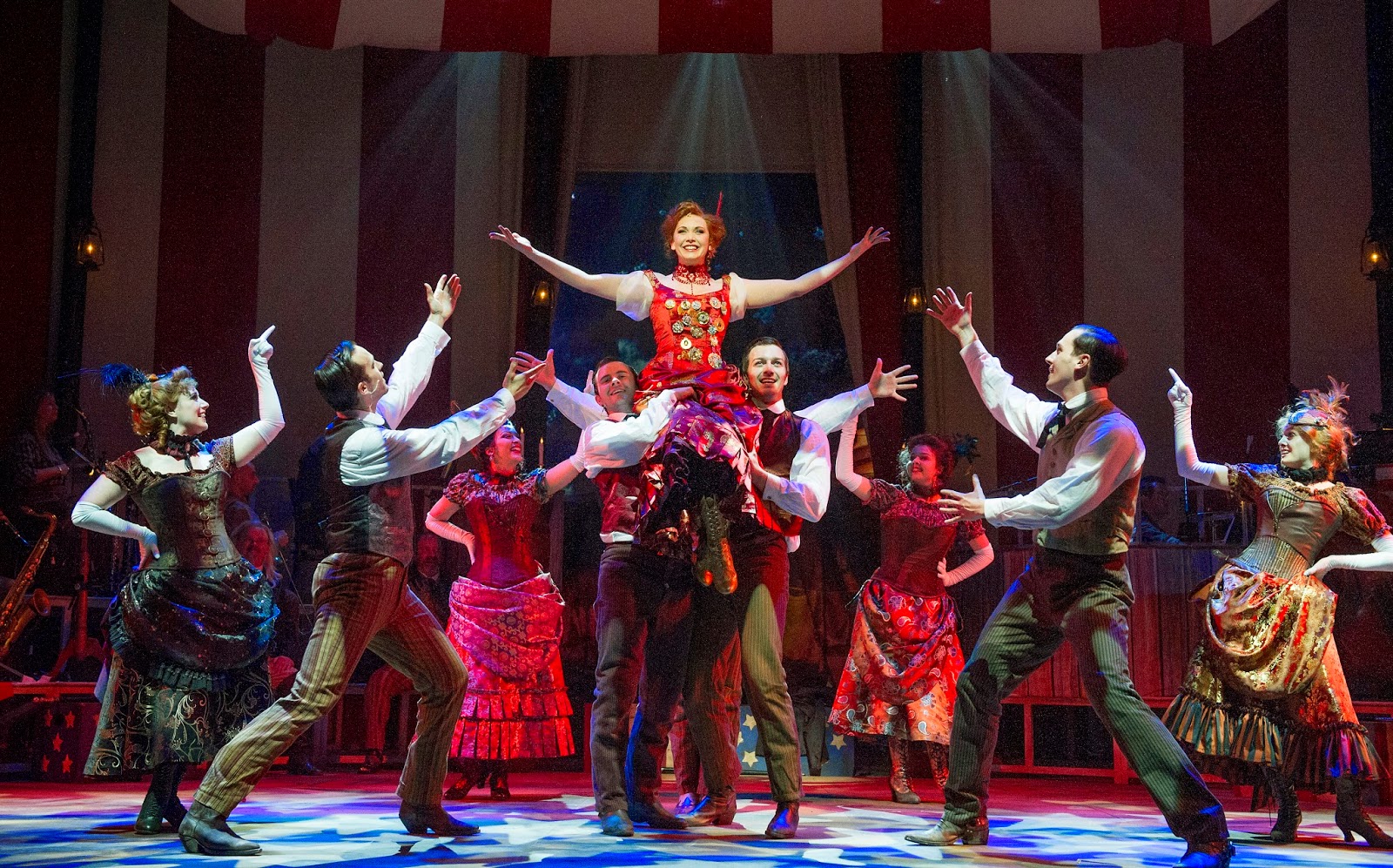