“Miss Abrahams, do you know the purpose of life?”
Duet For One
by Tom Kempinski
Fresh from performing in the fabulous The Steamie, Anna Dobson returns to the intimate surroundings of the Peoples Theatre to appear in the Tom Kempinski play Duet For One from Tuesday 27– Saturday 31 May.
Stephanie Abrahams is a brilliant concert violinist struck down by Multiple Sclerosis. During six therapy sessions, psychiatrist Dr Feldmann helps his patient cope with her misfortune. Witty, insightful and tragic, their contest of wills makes for a deeply engaging evening in our studio theatre. 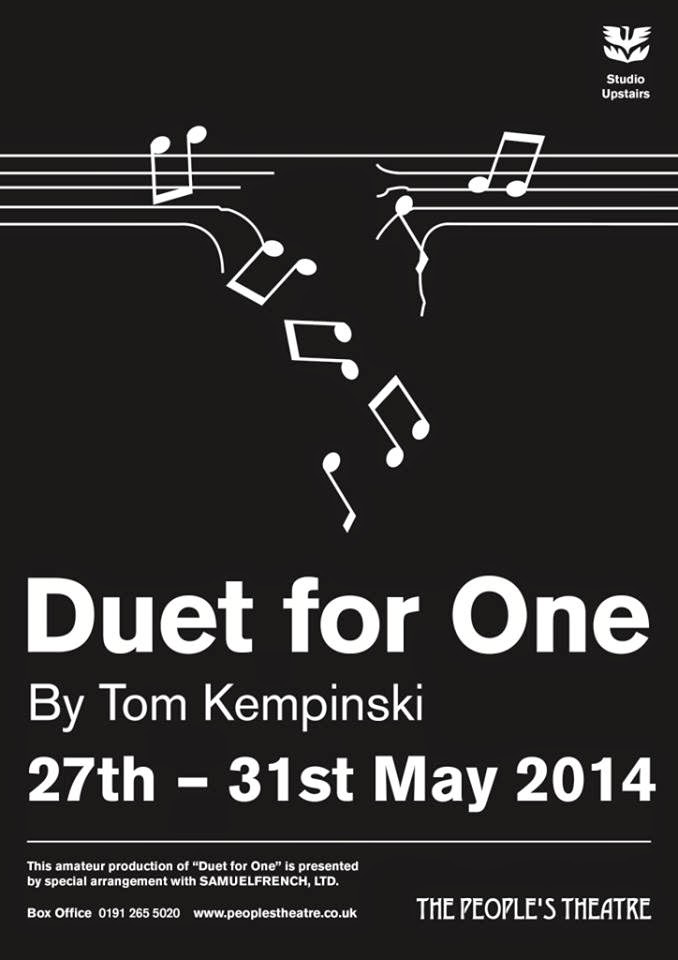