Preview: An Evening of Dirty Dancing at Darlington Civic Theatre 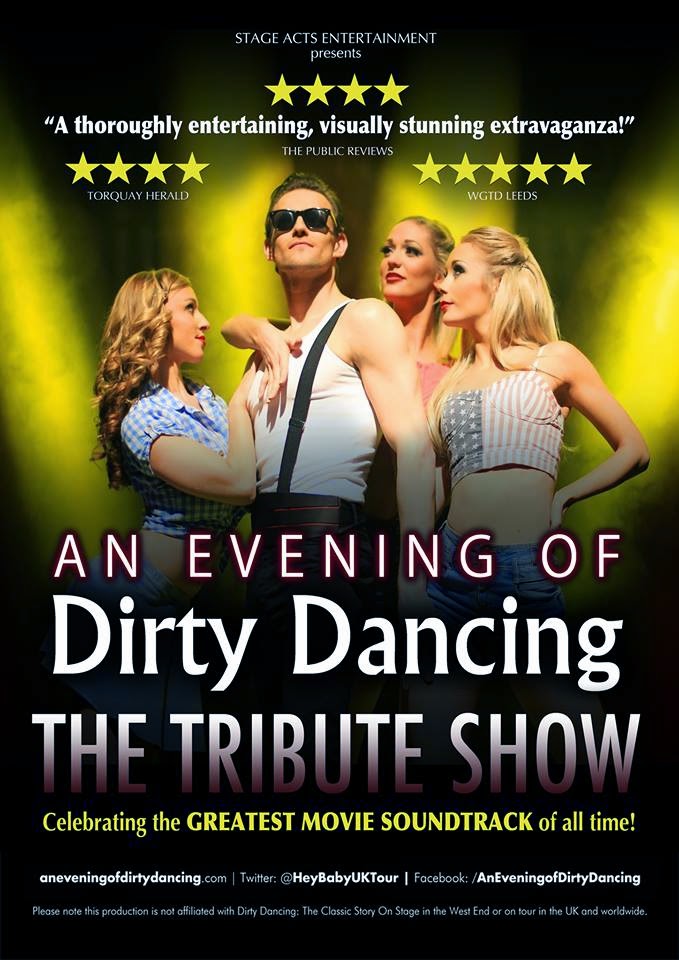 Coming to the North East is a smash hit tribute to one of the greatest movie soundtracks of all time, An Evening of Dirty Dancing: The Tribute Show is coming to the Civic Theatre in Darlington on 6 June and features local performer, Victoria Rachael Mccabe. The show is a fully choreographed, highly interactive celebration of the music from the iconic movie and kicks off it’s 4th UKtour at the venue.
Now in it’s 4th smash-hit year, An Evening of Dirty Dancing: The Tribute Show is directed by Paul Spicer with choreography by Leanne Harwood. Dirty Dancing boasts the greatest movie soundtrack of all time and all the hits are here, superbly performed in this fast moving, slickly choreographed theatrical treat. Songs include: Big Girls Don’t Cry, Hey Baby, Wipeout, Do You Love Me, Hungry Eyes and, of course, the Oscar-winning (I’ve Had) The Time of My Life.
Victoria Rachael Mccabe attended Hummersknott School and studied performing arts at The Tiffany School of Dance, before moving to London to train at the prestigious London Studio Centre. Since graduating she has appeared in Footloose,toured the world performing aboard Celebrity Cruises and was the winner of Disney’s Search for a Star.
Victoria Rachael Mccabe said “I’m delighted that the tour is visiting my hometown. As a child I performed at the Civic Theatre many times; it's a lovely theatre and it'll be absolutely amazing to perform there again. I am particularly excited that my exceptionally supportive family will be able to see the show on their doorstep. I’ve always expressed that the North East is the friendliest place in England so I'm sure we'll have a fantastic audience. Get your dancing shoes on and thank you for having me back!'
Matthew Mckenna will lead the production direct from the final cast of London’s We Will Rock You. His previous theatre credits include Riff Raff in The Rocky Horror Picture Show, Electra in Starlight Express and Andrew Lloyd Webber’s Phantom of the Opera. He’s joined by Tricia Adele Turner who recently played played Vivienne Kensington in Legally Blonde and Jane in Carnaby Street The Musical. The production also features Matt Cox, James Williams Davies, Laura Ellis, Peter Houston and Grace Reynolds.
Paul Spicer said “The atmosphere is always electric. There’s something about this soundtrack that ignites even the dullest of days. We totally encourage our audiences to dance and sing and immerse themselves in the summer of ’63, and it seems they can’t get enough of it. This is a multi-award winning soundtrack steeped in nostalgia. I challenge anyone to come along and not have a fantastic time.” Please note this production is not affiliated with Dirty Dancing: The Classic Story on Stage in the West End or on tour in the UK or worldwide.
“A thoroughly entertaining, visually stunning extravaganza” - The Public Reviews
“All singing, all dancing, highly watchable entertaining” - The Stage
Information:
Tickets £19.00* / £17.00 (concession). *Plus £1 restoration levy on all ticket prices
To book online go to www.darlingtoncivic.co.uk or call 01325 486555
Website: www.aneveningofdirtydancing.com
Twitter - www.facebook.com/HeyBabyUKTour
Facebook - https://www.facebook.com/AnEveningofDirtyDancing
The Tour: 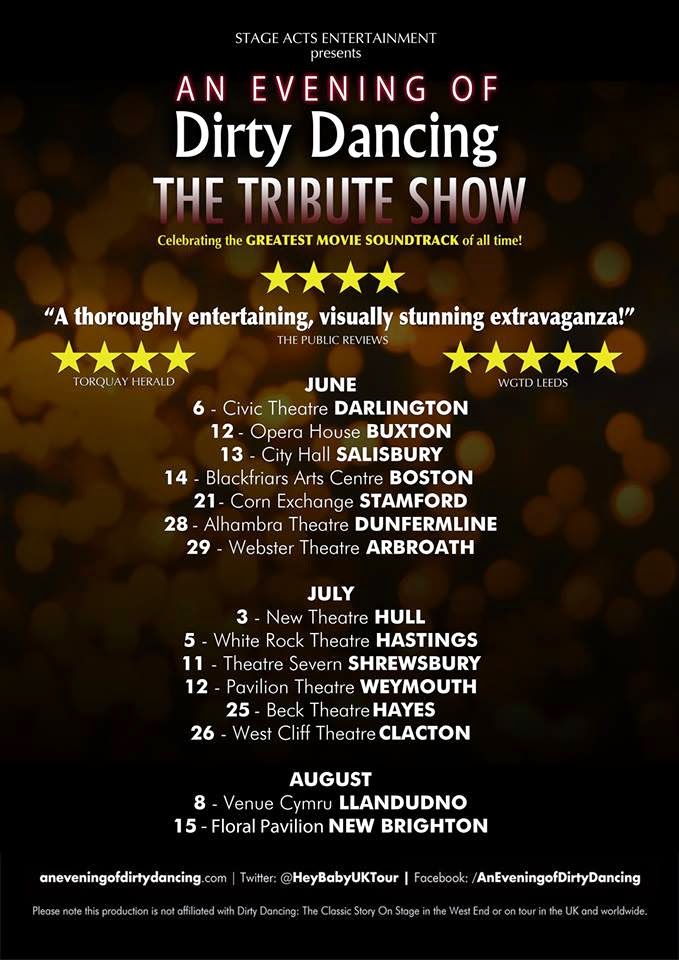