First performed in 1996, this two-hander is set in a 90’s Manhattan apartment. Two men from different generations meet up on several occasions. The drama comes from their differences, the comedy from recognising common human traits. A great script coupled with a strong cast makes Gateshead’s Little Theatre well worth a visit this week. 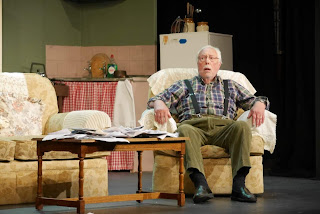 Ross Gardiner has had a traffic accident involving elderly Mr Green. As part of his punishment for the incident, he is has to carry out community service. This involves a weekly visit to support his victim. The trouble with the first visit is that Mr Green has forgotten why the young man is there. Ross offers to clean and to get the shopping in. Recent widower Mr Green is independent in both mind and actions.  They agree to contact the social worker as the visits are clearly not working. 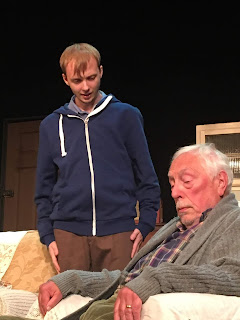 Ross returns the following week as he has been told he has to carry out the visits regardless. Armed with kosher soup, the American Express employee tries to support the sometimes stubborn Mr Green. Over nine scenes there is an exploration both of this odd couple and their relationships with their families. Bit by bit, they open up. 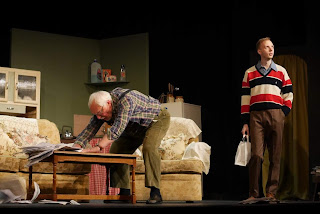 This play has been described as a “New York Jewish Comedy” and indeed it explores what it means to be a Jew in New York but it also at other elements of identity. The humour, like any good comedy, comes from the recognition of the situation.  The script is wonderful. 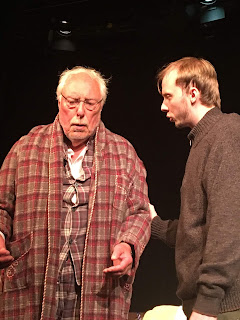 But a wonderful script needs careful execution to make a good show. James Soulsby and Christopher Bache are convincing as Ross and Mr Green. Both are able to show entrenched positions, based upon faith and life’s experiences, without looking absurd. As a result, the audience can feel sympathetic towards both men. It would have been easy to create two caricatures that it was difficult to have any connection with. Director Mark Buckley has developed strong performances. 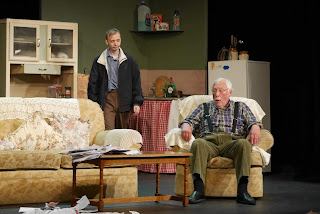 The only drag are some of the gaps between scenes, though a number of the audience used these to discuss their feelings. Changing costumes and applying make up takes time – the reaction of one such change certainly resulted in an immediate reaction from the audience.

Visiting Mr Green was a very good evening’s entertainment. A strong story and cast combine to produce a heart-felt play.

Tickets:
Full Price   £9, Concessions £7
Tickets can be purchased in person and over the phone via our Box Office or online
Box Office is staffed pre-play week Monday to Friday from 6:30pm to 8:00pm - please feel free to come into the theatre or call us during these hours.
An answerphone service is available when Box Office is closed.