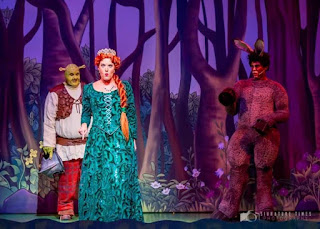 I almost didn’t get to see this production, but I was really glad I managed to squeeze it into Saturday afternoon.  Having only seen the cartoon film, I wasn’t sure what to expect.  What I got was a superb afternoon of entertainment. 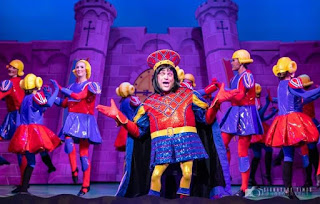 The lively and varied score by Jeanine Tesori, with the book and lyrics by David Lindsay-Abaire, added an extra special element to the Shrek story.  This was beautifully played by an excellent orchestra, under the baton of the talented Mark Thompson as musical director. 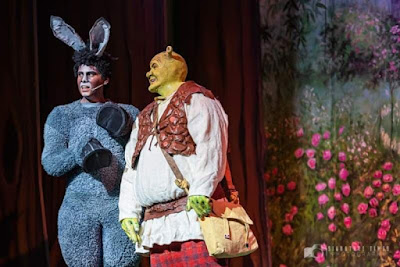 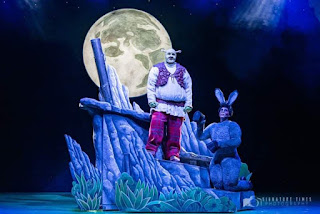 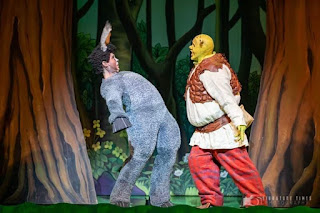 As I was unfamiliar with the show I was pleasantly surprised to find myself smiling all the way through.


There was a large cast and there wasn’t a weak link anywhere, even down to the ‘weenies’ who danced their little hearts out. 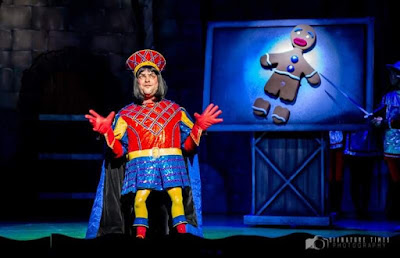 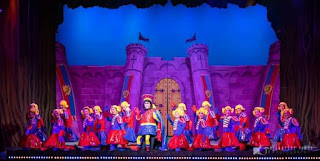 An extremely talented principal line up performed with enthusiasm and energy. Markus Sayers-Franklin was an adorable Shrek, wringing every ounce of emotion from the role. Nathalie Baxter, as Princess Fiona gave us faultless vocals. Gareth Lilley had the audience rolling as he shuffled around the stage as Lord Farquaard and James Forster was an absolute tour de force as Donkey. If I didn’t know better, I’d think he had been lifted directly from the cartoon! 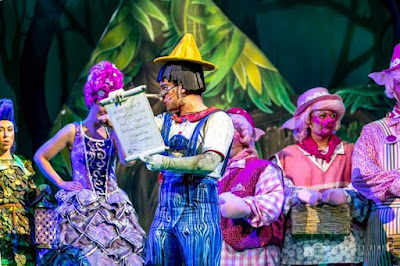 I did feel for the cast. They must have been cooking in their costumes, many of which were ‘fat suits’, on the hottest week of the year.

The main principals were ably supported by many minor principal roles, so many that it is impossible to name all who are worthy of a mention. Suffice it to say the entire cast gave everything they had to their performances and should all be proud of what they achieved. 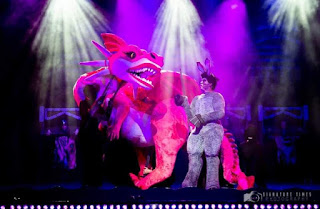 Choreography was well executed and enhanced the production, costumes, and wigs, were excellent, giving the show a very colourful look.  Makeup was masterful, the set worked extremely well, even the trees were choreographed, or so it seemed as they whizzed back and forth assisting with scene changes - very effective.  Atmospheric lighting from Paul Oliver and razor sharp sound from Jo Mellor completed the onstage elements of the production. Of course, the backstage crew must also take a bow as the production never faltered and that doesn’t happen without that unseen army of workers. 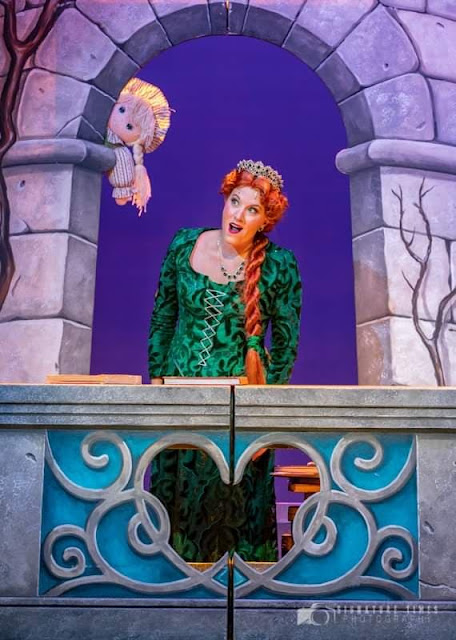 To bring a production of this standard to the stage is very much a team effort and I congratulate every single person involved. Apologies if I have missed anyone who should have been mentioned.

It is a much used cliché, when discussing amateur theatre productions, that it was of such a high standard that professionals couldn’t have done any better but, in this case, the cliché just happens to be true. Bravo Astravaganza!
Review by Val Shield
Photography: Signature Times Photography 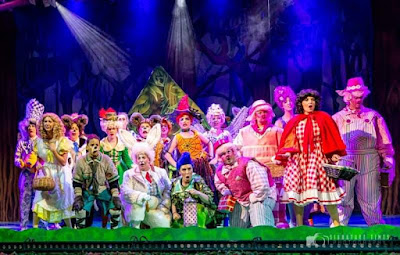