Children of War – a film by Brian Single

Newcastle Tyne Theatre & Opera House
Amnesty International in association with Whitley Bay Film Festival A screening of CHILDREN OF WAR, a film by Bryan Single
Followed by a panel discussion with contributions from Amnesty staff
Amnesty International Children’s Human Rights Network and Whitley Bay Film Festival are teaming up to celebrate the 30th anniversary of the UN Convention on the Rights of the Child and the campaign for the UK to sign up to Optional Protocol 3 of the Convention. 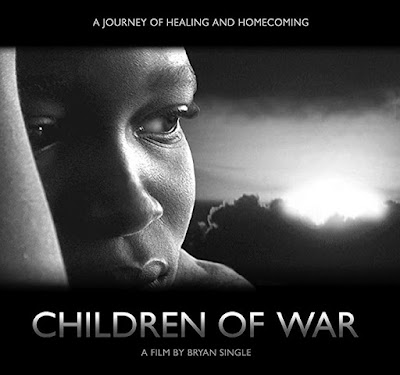 Optional Protocol 3 provides for a complaints directly to the Committee on the Rights of the Child when any right guaranteed by the Convention on the Rights of the Child has been violated.
Filmed in the war-zone of northern Uganda over a period of three years by Director Bryan Single. ‘Children of War’ is a unique and incandescent documentary which follows a group of former child soldiers as they escape the battlefield, enter a rehabilitation centre, and undergo a process of trauma therapy and emotional healing. The children struggle to confront and break through years of captivity, extreme religious indoctrination and participation in war crimes with the help of a team of trauma counsellors. As these fearless allies guide the children forward into new lives, Children of War illuminates a powerful and cathartic story of forgiveness and hope in the aftermath of war.
There will be a panel discussion, contributions from Amnesty staff and we hope a special guest Keynote speaker.