Stars of tomorrow to shine when Chicago arrives in Durham

Up and coming young actors from across County Durham will transport audiences to roaring twenties Chicago this summer.

Inspired by the longest-running American musical in Broadway history, the show follows Roxie Hart who murders her faithless lover and convinces her hapless husband, Amos, to take the rap. However, Amos finds out he has been duped and turns on Roxie, who is convicted of murder and sent to death row.  Here she meets a fellow ‘merry murderess’ Velma Kelly and the pair vie for the spotlight before joining forces to seek fame, fortune and acquittal.

All the razzle and dazzle of this much-loved story will be brought to life by a talented cast of North East actors, who have been perfecting their skills as members of GTSS for many years. The show follows recent successful productions of Rent and The Addams Family.

For Emma Ditchburn, from Esh Winning, taking on the lead role of Roxie is a dream come true. The 15-year-old has been a GTSS member for ten years and has appeared in many roles, including Chip in Beauty and the Beast and Alice Beineke in the Addams Family. Emma said: “This is my first lead role and I’m so excited. It’s an honour to play such an iconic and energetic role.” 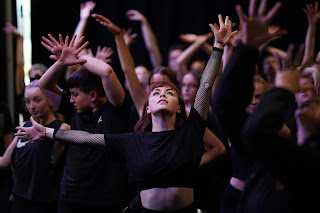 Amy George, 19, from Satley, is also set to dazzle audiences as the glamorous Velma. Chicago will be her final production with GTSS after 11 years of membership and many memorable performances, including Morticia in the Addams Family and Maureen in Rent.

In September, she is moving to London to study for a BA Hons in musical theatre at the Emil Dale Academy. “I am really looking forward to playing Miss Velma Kelly,” said Amy. “I can’t think of a better show to end my time at GTSS. I’ve learnt so much during my time here and I’ve made so many great friends.”

Amy’s sister Charlotte, meanwhile, will take on the role of Matron Mama Morton in her eleventh and final show for GTSS before embarking on a BA Hons in musical theatre at Leeds College of Music. 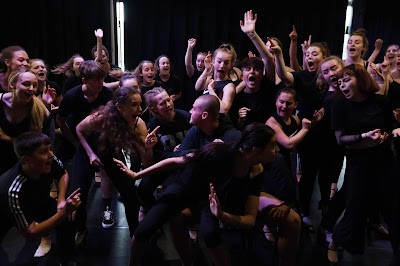 Charlotte, 22, said: “GTSS has been vital in my training in the run up to auditioning for drama school. It has strengthened my passion for performing and helped me to develop my skills and confidence.”

The bright lights are also beckoning for 18-year-old Travis Ross, from Gilesgate, who is portraying the suave and manipulative lawyer Billy Flynn in the production. Travis is heading to London in September to study for a BA Hons in musical theatre at the prestigious Arts Educational Schools.  He said: “I’ve really enjoyed my time with GTSS and would like to thank everyone for their support over the years. It has given me such an excellent grounding in musical theatre and opportunities to perform on stage in professional shows.”

Those who enjoyed GTSS’ last summer production, The Addams Family, are sure to remember Ryan Chatton’s portrayal of Lurch, the quiet and faithful butler. Ryan, 17, will return to the stage as Amos.  Ryan, from Consett, said: “I’m thrilled to be playing Roxie’s husband Amos in Chicago. It’s a great role and it’s wonderful to be part of such a talented cast.”

Kate Sorahan, theatre education officer at Durham County Council, said: “Chicago is certainly going to wow audiences this summer and I’m so proud of all of our cast and crew who have worked so hard. GTSS is about nurturing young talent and providing those all-important early opportunities for the stars of tomorrow to shine.”

Chicago High School Edition runs at the Gala Theatre in Durham City from Wednesday 31 July, to Saturday 3 August, with performances at 7.30pm each evening and also at 2.30pm on Thursday and Saturday. Tickets cost £16 or £14 for concessions.

GTSS is widely regarded as one of the North East’s leading youth theatres and currently has more than 200 members aged three to 23. To find out more, visit www.galadurham.co.uk
Posted by North East Theatre Guide at 17:35