Life has been a game of chance for Rory Connor since the day he was born. This ambitious, working-class lad fears nothing and nobody, playing the odds to claw his way up from the mean streets of 19th Century South Shields. But then one day his luck changes ...

The 1995 television mini-series starring Robson Green and David Nellist (whose dad Derek is a long-time member of the People’s) is a staple of the Drama channel, but this is a rare theatrical outing for this popular local classic. This stage adaptation by Ken Hill was last seen on Tyneside in 1985 at the Newcastle Playhouse (now Northern Stage) starring Denise Welch. 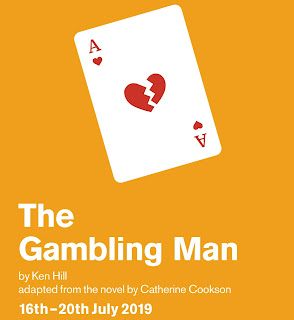 This production is performed by special arrangement with Sheila Land Associates and the Catherine Cookson Charitable Trust.

The Catherine Cookson Charitable Trust was established in 1977 and it supports a wide range of activities including arts and culture as well as general charitable purposes. Its principle aim is to identify and meet the local needs of the area in which Dame Catherine was brought up and resided, and we were delighted to receive a very generous donation towards our recent £1.6 million redevelopment.

Cookson’s dramas are always popular with People's audiences. The last time they brought one of her stories to their stage – 2015’s The Fifteen Streets – it was the biggest selling play of that Season, beating a Noël Coward and a Shakespeare! It’s little wonder, however, as Cookson is one of the most widely read British novelists, with more than 100 titles to her name and sales topping 100 million.