DAVE JOHNS AT THEATRE ROYAL
FOR ONE NIGHT ONLY 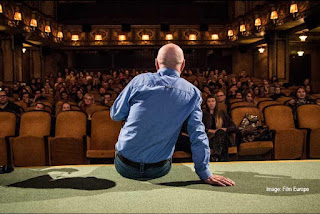 
It’s the stuff of fairytales – a stand-up comic is plucked from the circuit by a world famous film maker and cast in the title role of one of the most acclaimed British films in recent years.  For Dave Johns, the last two years has been a rollercoaster ride of red carpet surrealism. In his new stand-up show he supplies a gripping and down-to-earth account of how an affable Whitley Bay lad ended-up as the toast of the Cannes Film Festival, winning BAFTAS and rubbing shoulders with the likes of Woody Allen, Stephen Spielberg and Meryl  Streep.

Following a hit run at the Edinburgh Fringe, Dave brings his I, Fillum Star show to the city closest to his heart, where the film I, Daniel Blake is set and his own career began.

In 1989 Johns’ launched the Comedy Café on Westgate Road and invited  the emerging Jack Dee and Jo Brand to appear, but realising they needed an MC stepped-up and did it himself.  Finding he was rather good at it and pricing tickets at £3.75 including soup and a bun, the club became a city hot spot and Dave went on to host many more comedy stars including Eddie Izzard, Steve Coogan, Harry Hill and nervous 14 year old lad called Ross Noble who went on to do rather well for himself.

So Johns became a successful comedian, touring throughout the UK, a regular with the Comedy Store Players and appearing on much loved TV shows like Never Mind the Buzzcocks and 8 Out of Ten Cats.

But just when he was thinking of giving-up comedy and running donkey rides on his beloved North East beaches he sent a speculative, jokey text to the casting director of I, Daniel Blake.  Twelve months later he was shocked to pull in multiple Best Actor awards as the film secured a plethora of international plaudits and the Cannes Festival’s Palme d’Or. 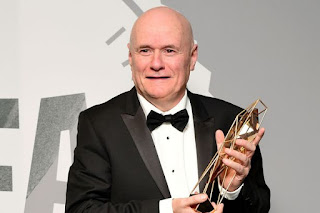 A must-not-miss opportunity to see a Newcastle legend telling his fairytale story in his hilarious own words for one night only.

Dave Johns appears at Newcastle Theatre Royal on Sunday 1 October 2017 at 7.30pm. Tickets £19.50.  Tickets can be purchased from the Theatre Royal Box Office on 08448 11 21 21 (Calls cost 7ppm plus your phone company’s access charge) or book online at www.theatreroyal.co.uk 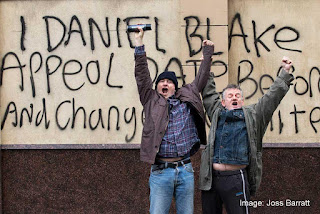