Preview: And Then There Were None at Sunderland Royalty Theatre 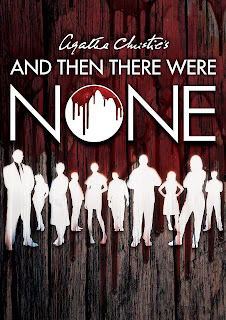 The mystery thriller by the world’s bestselling author, which was recently made into a BBC mini-series starring Charles Dance and Miranda Richardson, follows a group of strangers invited to stay at a house on a remote island.  Each is revealed to have a dark secret buried in their past – but when the guests begin to die one-by-one in mysterious circumstances, it becomes clear that the murderer may be one of them.
Director Billy Towers says, “And Then There Were Noneis a classic Agatha Christie thriller. Although first published as a novel in 1934, the passage of time has not dimmed its suspense, mystery or the brilliantly drawn characters which make for a great thriller. It’s a tremendous example of the thriller genre at its best, and one I can confidently call it a timeless classic.”
The play features a large cast, including Helen Bowie as Vera Claythorne, James Errington as Philip Lombard and Andrew Barella as Justice Lawrence Wargrave.
Tickets:
Tickets can be booked via www.ticketsource.co.uk/royaltytheatreor on 0333 666 3366.
Posted by North East Theatre Guide at 14:28