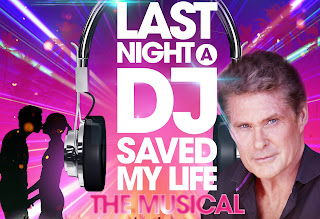 David Hasselhoff will star in a brand new musical – Last Night A DJ Saved My Life, which comes to Darlington Civic Theatre for one week only from the 23rdNovember.
A DJ dad, a wild child daughter and a trip to the party island of Ibiza with a pulsating dance track from the 80’s and 90’s.
David Hasselhoff, the iconic star of Baywatch and Knight Rider, plays Ross, a hilarious hedonist. He’s Ibiza’s top 80’s DJ who doesn’t realise a new decade has dawned, disco is out, the club scene is in.
He tries to keep up with the times... and with Mandy, his new younger girlfriend, but matters are complicated when his teenage daughter Penny arrives to stay. Father and daughter haven’t seen each other for three years, since a messy divorce, and she is no longer a demure school girl, but a wild child who quickly falls for Rik, the holiday rep. 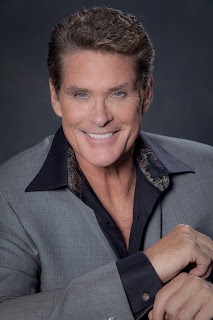 It’s the story of two generations colliding, as a badly behaved parent tries to control a wild child teenager! This hilarious hit-fest is also a touching father and daughter drama, set against a background of sun, sea, sex, drugs and hits that take us back to the 80’s and 90’s when we wore denim overalls, girls had hair scrunchies and guys played Nintendo Game Boy. Think ‘Mamma Mia’ on speed! ‘Friends’ meets ‘Ibiza Uncovered', with the soundtrack of our lives.
Underscoring this coming of age tale of love, laughter and friendship is a string of hits from the record number one ‘Everything I Do I Do it For You’ to M. C. Hammer’s ‘Can’t Touch This’ from ‘Ride on Time’ to ‘Things Can Only Get Better’. We dare you not to dance!
From the makers of ‘Dreamboats and Petticoats’ and ‘Boogie Nights’ comes a heart warming and hilarious story promising to be the ‘Mamma Mia’ party night of the year!
Tickets:
Last Night A DJ Saved My Life is at Darlington Civic Theatre from Tuesday 23rdNovember to Saturday 28th November 2015. Tickets* are priced from £23 to £35.
To book contact the Box Office on 01325 486 555 or visit www.darlingtoncivic.co.uk
*All ticket prices include a £1 restoration levy
Posted by North East Theatre Guide at 15:48