News: Dooby Duck to join the cast of Cinderella at Darlington Civic Theatre

Disco Legend Dooby Duck to join the cast of
Cinderella at Darlington Civic Theatre!
Darlington’s Civic Theatre’s pantomime will have a hugely entertaining  disco sequence in the form of the loveable, if a little highly strung, Dooby Duck! Hatched in 1981, Dooby made his stage debut in pantomime alongside the late Les Dawson, which proved so popular it led to a Royal request to appear at the Children’s Royal Variety Performance at the London Palladium.
Dooby has travelled the world, together with his friends, appearing for several seasons at the Folie Russe in Loews Hotel, Monte Carlo and has had three series of his own for BBC TV; Dooby Duck’s Disco Bus, Dooby’s Duck Truck and Dooby Duck’s Euro Tour; as well as a series for NHK TV in Japan, where he appeared as a guest on a weekly Saturday night variety show. Hehas also made numerous television, theatre and cabaret appearances across the world.
Throughout the 90s Dooby took to pantomime like a duck to water, appearing at venues across the country, and now, thirty years on, he’s back providing some very unique entertainment at the Prince’s Ball!
Dooby Duck is just one of the thousand puppet creations created by Roger Stevenson Animations, Europe’s leading Marionette Company. The Company was started in 1963 by Roger Stevenson and has specialised in puppet entertainment for over 50 years. One of Roger’s first major projects was to make and animate The Ken Dodd Diddymen puppets for their many television and stage appearances in the late 1960s and early 1970s. Roger has appeared on six Royal Variety Shows and today his work can be regularly seen on TV, incorporated into cabaret and at holiday parks across the UK. 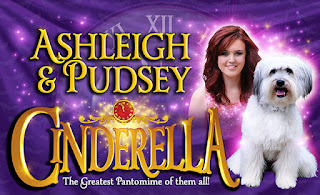