Going Viral receives a Fringe First Award
A play that has been produced by ARC and written and performed by Middlesbrough born Daniel Bye has received a prestigious award at the Edinburgh Fringe Festival.
A Scotsman Fringe First Award has been awarded to the brand new show Going Viral which received a series of 4 star reviews last week at the Edinburgh Fringe Festival. The awards are one of the most long established at the festival and are only awarded for new pieces of work.
The show has been praised for Bye’s trademark blend of comedy, storytelling and performance lecture and explores the spread of disease, panic and ideas. Drawing on science and social study, it is performed solely by Bye himself and delves into the terrifying knowns and unknowns of epidemics, how they spread and how society reacts.
Dr Mark Booth, Senior Lecturer in the School of Medicine, Pharmacy and Health at Durham University is the scientific advisor for the show and has helped to inform its material and structure through his background in epidemiology of parasitic infections in developing countries. Dr Mark Booth commented: “ARC in Stockton on Tees and Durham University have a history of collaboration so I wasn't surprised when Annabel Turpin got in touch and asked if I would like to work with Daniel Bye on his new work around the origin and spread of an epidemic condition. Public awareness of how infections can enter our bodies, easily spread across populations, cause illness and confusion, and also lead to inequalities in terms of personal, institutional and national wellbeing can make a significant contribution to discussions about the value of scientific research.”
Writer and performer Daniel Bye said: “Winning a Fringe First is about as big as it gets, so I’m absolutely thrilled.”
ARC's Chief Executive and producer of Going Viral, Annabel Turpin commented: "Winning a Fringe First is a huge accolade and further evidence that some of the UK's best new theatre is being made right here in Stockton."
Bye’s recent work includes The Price of Everything, How to Occupy an Oil Rig as well as Story Hunt; a show which took the form of a treasure hunt-meets-walking-tour of town centres which has been performed in Stockton, Middlesbrough, Gateshead and Berwick as well as other towns around the UK.
Tickets:
Going Viral will be performed at ARC on Thursday 3 December at 7pm and is priced as Pay What You Decide, tickets can booked person at ARC, via www.arconline.co.ukor by calling the Box Office on 01642 525199.
Running Time: 70 mins. Suitable for ages 14+
Company Information
Written and performed by Daniel Bye        Directed by Dick Bonham
Designed by Emma Tompkins                    Lighting design by Katharine Williams
Scientific Advisor Dr Mark Booth                Dramaturg Sarah Punshon 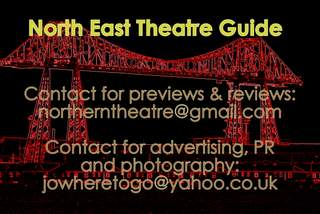