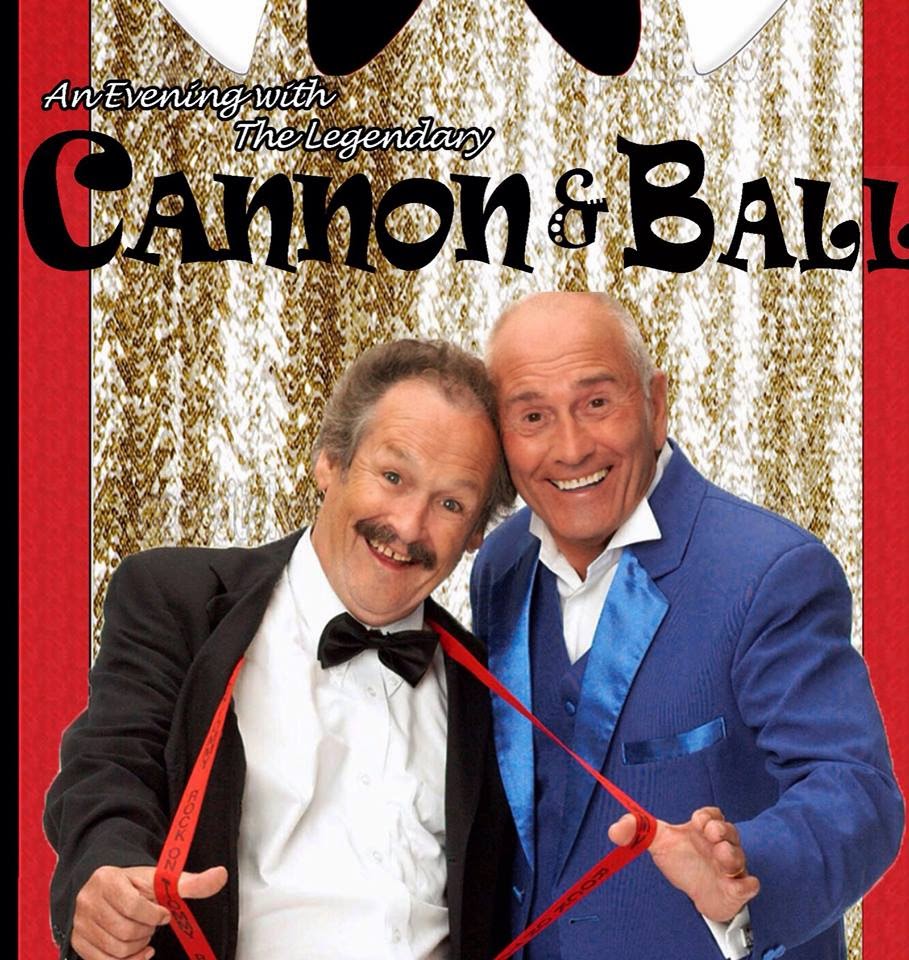 Alnwick played host to 2 established entertainers who have not lost the knack of delivering a good night.
In a show of 2 halves Tommy Cannon and Bobby Ball spun through a set of well crafted family friendly routines.  Jokes and comic routines were freely interdispersed with interaction with the behaviour of the audience. Here lies one of the differences between this show and the modern comics. There was none of the “hello, what’s your name, what do you do – right I’ll now crack a humiliating joke.” There was no over reliance on catchphrases either. Bobby was willing to respond to the whole audience at once without resorting to swearing.  It is clear that there is a strong relationship in this act as they reacted to each other on topics such as table tennis and welding.
The second half was more conversational – similar to the ITV shows “An audience with…” As they told their story and answered written questions from the audience they kept the laughs coming. Cannon and Ball have had to learn the craft the hard way. As they said tonight “After 18 years of doing the clubs, we became overnight successes”. It left one thinking how habits have changed in the last 30 years. No longer are variety acts given much of a chance to shine. Older acts are given limited coverage.  Nor do families sit down together to watch television together on a Saturday evening. The walls of the Playhouse are adorned with six large portraits of comedy heroes such as Eric Morecombe and  Norman Wisdom – perhaps there seems to be fewer legends out there to replace them.
The two experienced entertainers kept the Alnwick crowd in the palm of their hands for the full show. The audience lapped up their timeless humour.  It was a masterclass in merriment.
The tour continues:
Whitby Pavilion Theatre 29th August
Mill Rythe Holiday Village Hampshire 30th August
Bridlington Spa 31st August
Skegness Embassy Theatre 3rd September
This review was written by Stephen Oliverfor Jowheretogo PR (www.jowheretogo.com). Follow Jo on twitter @jowheretogo, Stephen @panic_c_button or like Jowheretogo on Facebook https://www.facebook.com/Jowheretogo
Posted by North East Theatre Guide at 00:19