Newcastle Theatre Royal Gets Major Makeover
For the first time in 26 years, the backstage areas of Newcastle’s historic Theatre Royal, including the Green Room and dressing rooms, are set to undergo a major refurbishment which starts today. 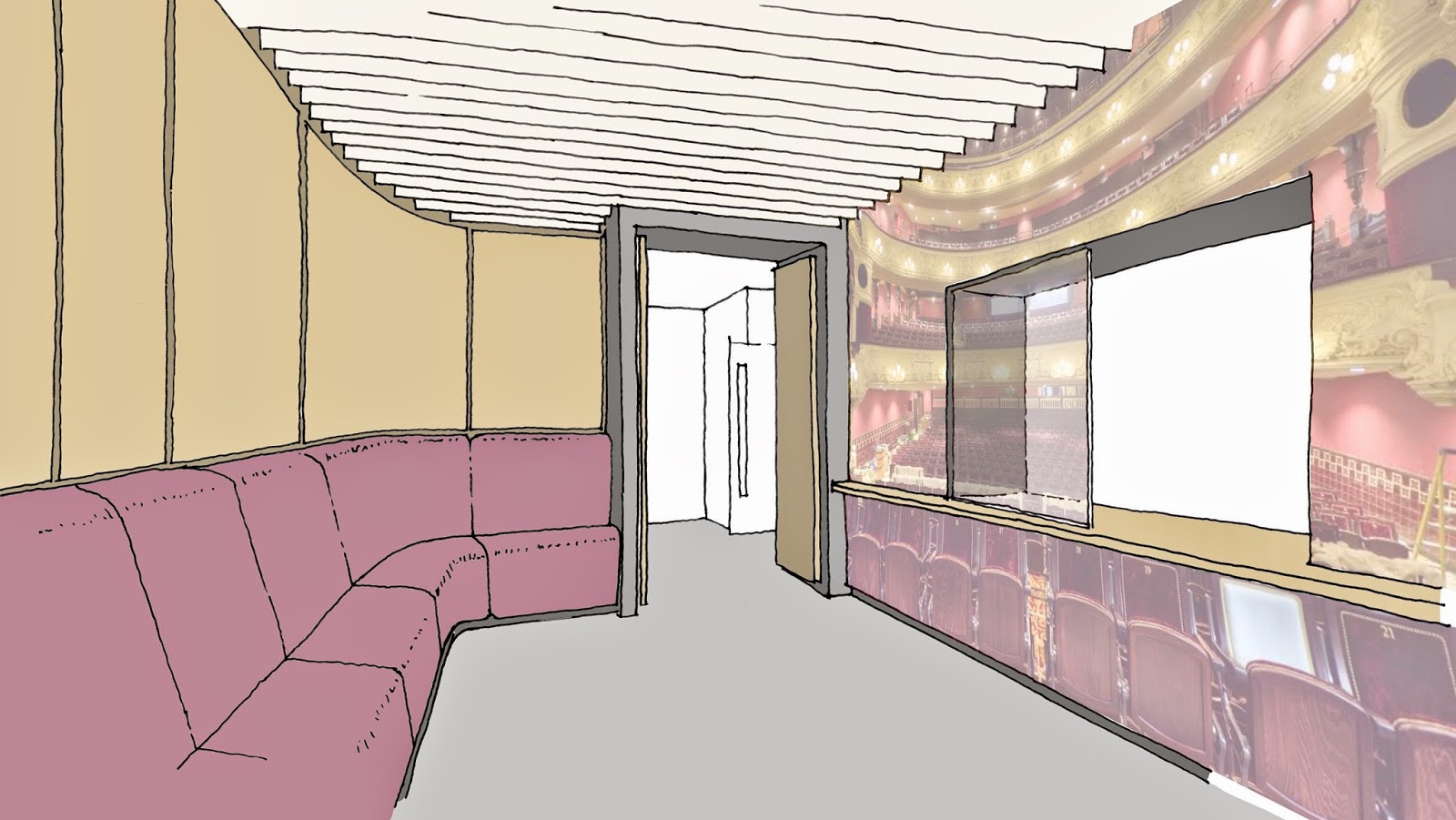 The work is scheduled to take a little over a year, finishing in September 2015.  It will be the first time the backstage area has been refurbished or decorated since 1988, when the whole Grade I listed building was redeveloped.  The work is the second act in a major facelift, ‘Act One’ being the Theatre’s award winning £4.9 million auditorium restoration which took place in 2011.
This time the focus will be on the areas that the public don’t normally see – the stars’ dressing rooms, rehearsal rooms, Company Manager’s Office, Stage Door reception and Green Room (the area where performers wait before they are called onstage). There will be some rebuilding work where the ground floor will be opened up to increase space, but mostly major redecoration to drastically improve comfort, accessibility and facilities for visiting companies and their performers.
The new design aims to maximise interaction between Theatre staff and the touring companies, something which is inhibited by the current layout.  The entrance will be opened up to allow those in the waiting area to get a greater sense of the theatrical operation beyond the secure doors, and the communal spaces will be much more comfortable, relaxing and with better technology.  All the dressing rooms will be thoroughly modernised and improved, featuring new furniture, finishes, washing facilities and service points, and the principle dressing rooms will feature beds for the first time.  The Green Room will also benefit from the addition of a fishtank, a feature widely known to provide a serene and relaxing backdrop for nervous performers! 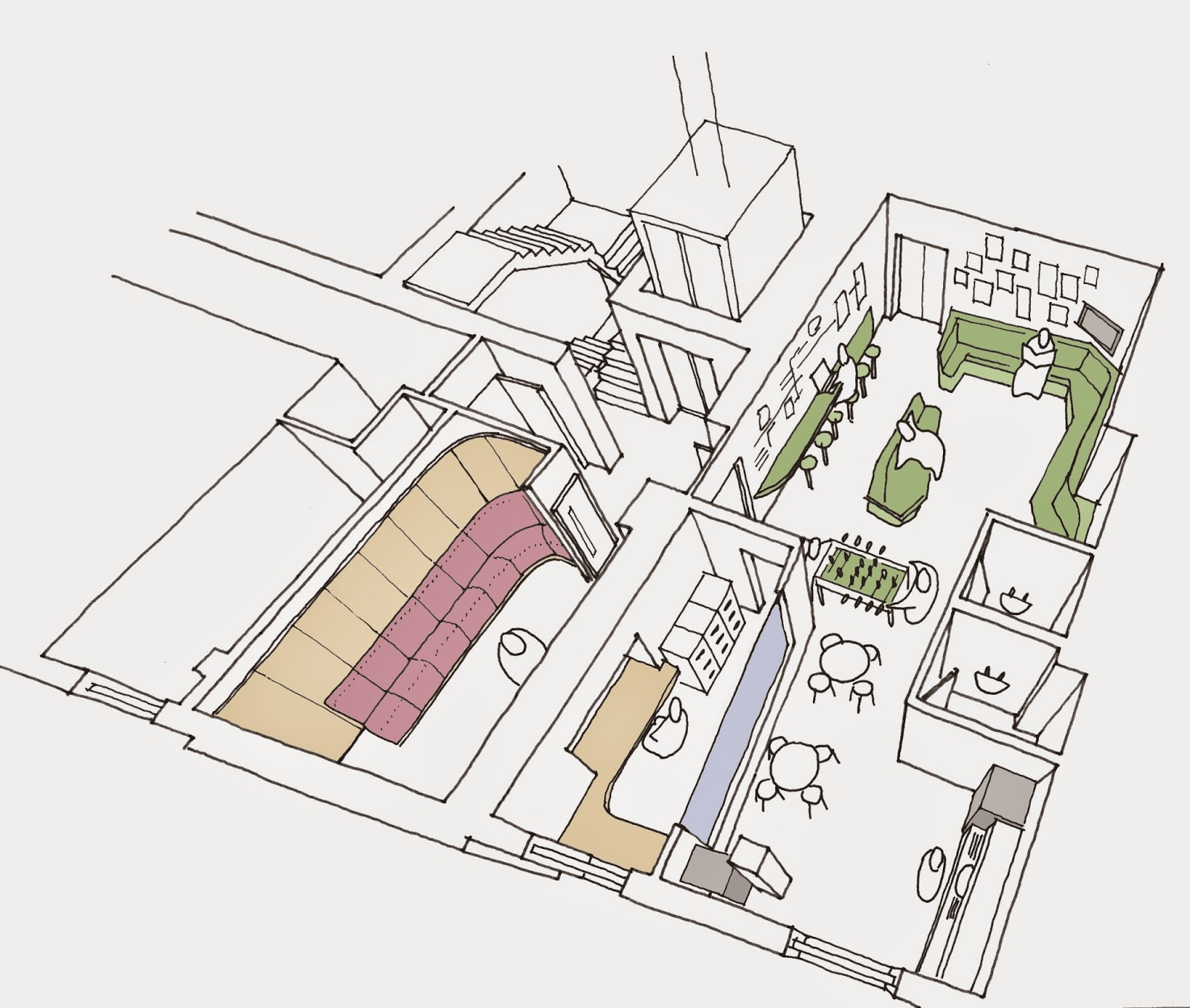 The architect on the project is Will Mawson, of Newcastle based firm Mawson Kerr, whose recent projects include the high profile £1.6 million Sunbeams music therapy centre in Penrith and the Friar House Apartment Hotel in Newcastle.  Newcastle City Council’s construction team will manage the build itself, led by Project Officer Mark Preston.
The project has been made possible thanks to a generous legacy left by a longstanding Friend of the Theatre, Joyce Thwaites, with some of the Theatre’s own savings.  The Friends of the Theatre Royal have also made a donation of £5,000 towards the project.  In total the work will cost £530,000.
Theatre Royal Chief Executive Philip Bernays said: “We’ve wanted to refurbish our Back-of-House for a long time now, but as we are a charity it’s been a question of waiting until we had enough money to do a good job.  When we were left a generous legacy we were delighted to be able to allocate it to this.  Companies love visiting us but do often complain about the facilities in the backstage areas, so it’s great to be able to finally help them.  We are carrying out the work in floor-by-floor phases to minimise disruption, working our way down from the top floor dressing rooms and stopping work during our biggest shows such as the RSC, Opera North and our world-famous Pantomime, for all of which we need every inch of space.”
Will Mawson of Mawson Kerr said: “We are delighted to be able work on this project – the Theatre Royal is a stunning building and a fine example of a Matcham Theatre and so naturally we were excited to play a part in enhancing it for the enjoyment of future generations.  We believe the general enhancements will provide a modern, comfortable and inspiring backstage area befitting the high calibre of performers who reside there.”
Cllr Stephenson, Cabinet Member for Communities at Newcastle City Council, added: “We are delighted that Newcastle City Council is able to provide the construction service for this refurbishment. This is a fantastic project which will go a long way in sustaining one of the North’s most treasured and well-loved theatres.”
During the refurbishment process, all shows will appear to schedule as normal and other Theatre functions will continue undisturbed, including the Learning programme, Bars and Box Office.
For further information about leaving a legacy, please call Anthony Dorman, Corporate Sales Executive on 0191 244 2599 or seek professional guidance from your solicitor. You can include the Theatre in your will by directing your gift to the Theatre Royal Trust (Reg Charity No: 504473). The Theatre Royal has full charitable status and as such a legacy gift to the Theatre is exempt from Inheritance Tax.
Posted by North East Theatre Guide at 19:07