Newcastle’s Theatre Royal boosts the local economy
Last year Newcastle Theatre Royal made a gross economic contribution to the region of £4.1m, as revealed in the company’s Annual Report out today. 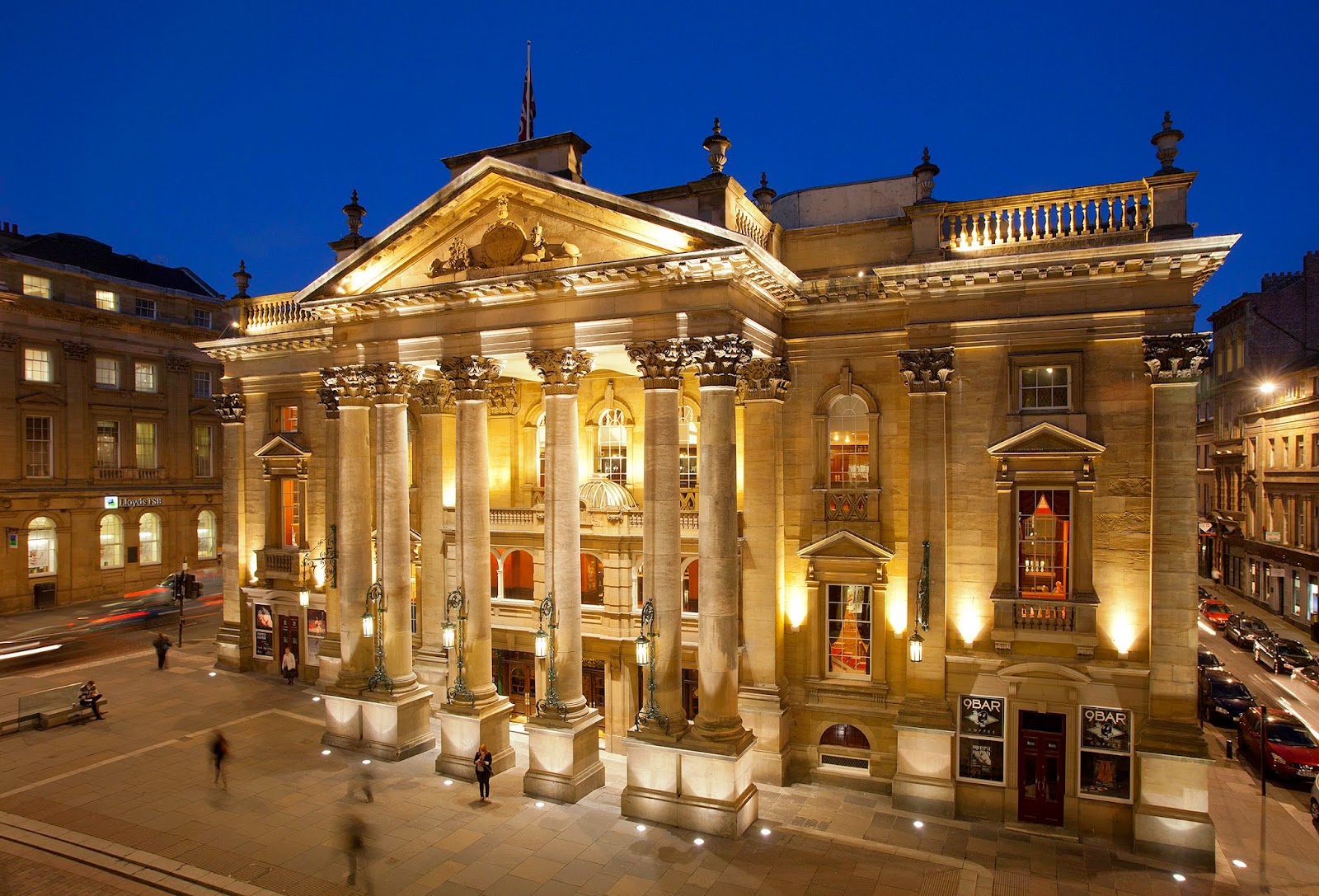 Newcastle Theatre Royal’s Annual Report for 2013/14 details record breaking figures and against the general economic background, shows a continuing success story.
Between 1 April 2013 and 31 March 2014 the Theatre welcomed 42 visiting theatre, opera, ballet and dance companies, offered 48 productions and presented 409 performances to 337,447 people. The average audience capacity was 69% per performance, which is about 10% above the national average.
With a turnover of £9.85 million, the Theatre supported 90 full time equivalent jobs across the North East and returned £600,000 to Government in Tax, National Insurance and VAT.  The total annual economic benefit of the Theatre to the North East was independently calculated at £4.1 million.
Chief Executive Philip Bernays said: “2013/14 was a great success, we maintained our high levels of attendance and, as a testament to the strength of the staff team and their teamwork, renewed our Investor in People accreditation with flying colours. My thanks go out to our dedicated staff, our committed Board of Trustees, our sponsors, supporters, audiences and partners (particularly Newcastle City Council, who despite difficult times remain a bedrock).”
Over the course of 12/13, the Theatre sold £7.65m worth of tickets and 27,487 people joined as first time ticket buyers.  The most popular show was the annual Pantomime which accounted for 27% of visitors, closely followed by musicals at 23.6%.
Highlights of the past year include the opening of a new permanent exhibition The Story of Theatre, in partnership with the V&A, Newcastle City Library and Tyneand Wear Archives and Museums, as the concluding part of the Theatre’s 175th birthday celebrations.  In addition, the venue’s famous Christmas pantomime, Jack and the Beanstalk broke all previous Box Office records with attendances of over 92,000. In January 2014, it held its first ever ‘Relaxed’ performance, a performance of the panto specifically designed to welcome people within the Autistic Spectrum Condition, with learning disabilities or sensory and communication disorders into the theatre – it was a huge success and is set to be repeated in 2015.
The financial squeeze meant the theatre had to reduce the capacity of its Learning Department and refocus its work, centring it on the Theatre Royal building and productions. Yet it continued to deliver a programme of participatory creative learning experiences which helped to develop new audiences and provide an experience and learning opportunity of real significance. Over 7,500 people engaged in some way with the Learning Programme during the year.
The Theatre is also famous for having the most generous Friends scheme in the UK and the largest arts membership scheme in the region – last year it attracted a total of 6,685 Friends & Advantage members.  It’s also a favourite among the business community and received support from 15 corporate sponsors.
Chairman Councillor Ged Bell said: “In times of uncertainty, we have had a great year thanks to the quality of our productions, high attendance levels, and dedication of the staff.
He added: “The Theatre Royal is good for Newcastle – it really is the jewel in the crown of our great city, not only boosting the local economy but enriching the social and cultural scene in a very unique and special way. My thanks to all who have supported it over the year, to our audiences, to the Friends of the Theatre Royal, to our sponsors and our donors, to my colleagues on the Board of Trustees and to Philip and all the staff – no one works as hard as they all do to deliver a programme of such quality for so many people.”
For more information visit http://www.theatreroyalannualreport.co.uk/
Posted by North East Theatre Guide at 13:07