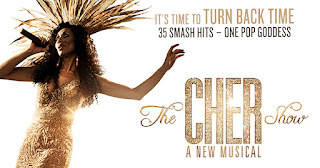 “All of us invent ourselves. Some of us just have more imagination than others.”  CHER

A new musical, a jukebox biographical about, singer, actress and entertainer Cher lands in Sunderland this week and is already proving to be popular with the North East crowds. 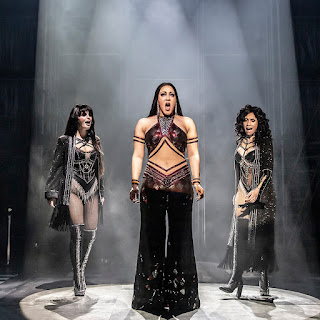 This show features three actors to play Cher: Babe (Millie O'Connell) covering the 60s era; Lady (Danielle Steers) covering the 70s and Star (Debbie Kurup) from the 80s. This also fits in nicely with the three phases of her career: early music followed by television and then Broadway leading in to film work. Having 3 performers covering the titular character means that there is always one living in the contemporary timeframe whilst 2 are available to narrate, discuss the internal monologue occurring in Cher's head and act like the ghosts in Christmas Carol. It makes this show stand out from other biomusicals and it works as an idea. 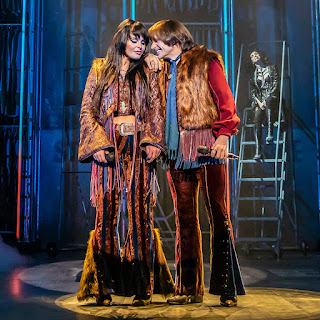 The story then starts with Cher's unhappy time at school ahead of meeting up with Sonny Bono (Lucas Rush). Once Sonny starts calling the shots Cher gets work with producer Phil Spector (Sam Ferriday) before the couple became a hit turn in their own right. Fairly quickly a tone is established: Cher is one of the good, clean living people whilst most men in her life have issues. So whilst there are warts - they tend to be on the people she meets. However fans of Cher may want a positive interpretation of events and so it works. 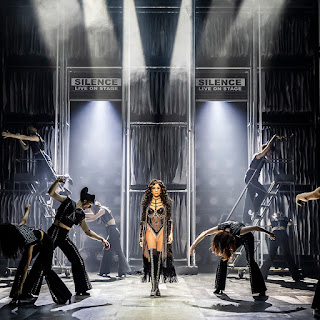 The show is filled with music that you'd associate with Cher (Believe, If I Could Turn Back Time, I Got You Babe, Strong Enough, etc.) and the vocal performances, and live band under musical director Danny Belton, are really strong. I would even go as far as to say that every effort is made in the final megamix the recreate the sound of each famous record rather than a live version of it. 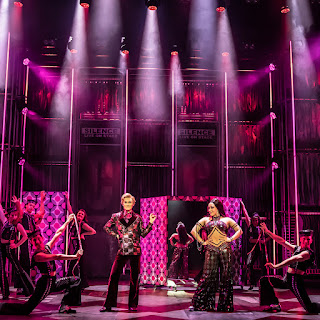 Ben Cracknell has clearly had fun designing the lighting for this show as moves from dramatisation to full live show. Along with the fabulous clothing designs from Gabriella Slade, you do get the feel of a big West End show landing in this corner of the North East. 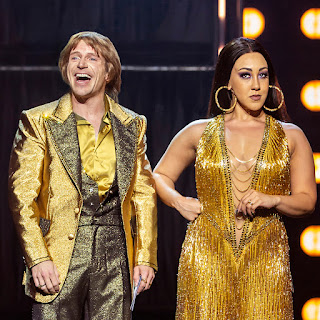 The Sunderland Empire is on of the bigger stages up here and yet the choreography from Oti Mabuse manages to fill the space. In fact I go as far as to suggest that perhaps there are, on occasion, too many dancers on stage.  The ensemble work hard as they move from being dancers to television staff to make up support in a flash. 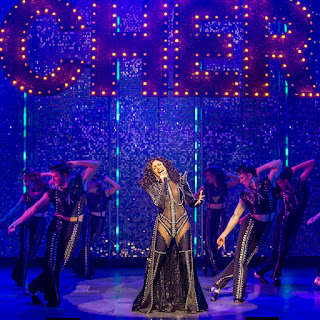 Director Arlene Phillips keeps a keen pace on the action for much of the show up to the last quarter of Act 2 when things seem to slow down. The Rick Elice script is littered with plenty of lighter, humorous moments and the occasional break in the fourth wall. The audience were happy clapping along to the songs when invited to do so.

So, in short, it is a real treat for fans of Cher - and given how full it was last night, Sunderland loves Cher ❤️