The UK and European premiere of Claudia Rankine’s The White Card will open at Northern Stage in Newcastle-upon-Tyne in May before a three-month UK tour. 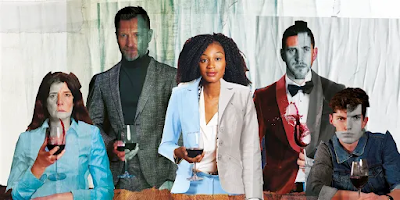 The White Card by Claudia Rankine

“There’s never been a more urgent need for this play and the discussions it will force about race in the UK.” – Natalie Ibu

"The White Card is an invitation to have the difficult and necessary conversations about the discomfort we usually negotiate silently when it comes to race relations.” - Claudia Rankine

Natalie Ibu said, “The White Card is a courageous and clever debate-play about the privilege of whiteness and the consuming of black trauma as art. Choosing to direct it feels like a provocation - to this building, this sector, this place. Northern Stage is a place to debate ideas, so I’m delighted that we can introduce an internationally renowned writer to the North East. Claudia Rankine is an amazing thinker and writer and, as a Black woman, she has given me a language for my own experiences. Although set in America, the play is just as relevant in the UK – a country where a young Black girl can be strip searched at school or a Black man can be stopped and searched simply for wearing a coat on a sunny day – I think there’s never been a more urgent need for this play and the discussions it will force about race in the UK.”

Claudia Rankine is the multi-award winning author of six collections of poetry, including the international bestseller Citizen: An American Lyric. The White Card premiered in Boston in 2018 and was published by Graywolf Press in 2019. Claudia explains why it remains so relevant, “For me, The White Card is an invitation to have the difficult and necessary conversations about the discomfort we usually negotiate silently when it comes to race relations. The goal is not to get rid of the discomfort, but to increase the possibility for intimacy inside new narrative frameworks. On the heels of Steve McQueen’s amazing series Small Axe, which documents the history of racism in London, it’s prime time to think about how conversations around class struggle can often erase or occlude necessary dialogues that acknowledge how anti-Blackness is inextricable from the history of the United Kingdom. The White Card stages the discussions that we have privately about the roles of art, race, suffering, discrimination, and patronage—out loud and beyond what is comfortable to say and hear. It understands that true conversations about race and racism can feel like a crisis to those committed to silence and disavowal. I am honoured that the incredible Natalie Ibu will direct The White Card. It is a relief to know that both the said and the unsaid in the play will be in such capable hands.”

In a move to remove barriers when it comes to balancing careers and family life, the lead role of Charlotte will be played by Estella Daniels (Chloe/BBC ONE & Amazon) for the first half of the run, before handing over to Christine Gomes (Romeo and Juliet/Orange Tree Theatre). Natalie Ibu explains, “Recent research by Parents and Carers in Performing Arts showed that one in four women are doing 90% or more of the childcare and struggling to work or seek work, and 72% are considering abandoning their career in the performing arts. If you overlay that with Kimberlé Crenshaw’s work on intersectionality, I bet those stats are even worse for Black female pregnant actors. As a sector we must act now to support working mums or mums-to-be or continue to lose incredible talent from our stages, as well as setting our equality goals back decades. ”

Natalie Ibu explains it’s important that the way this production is made is as radical as the work, “The White Card is about making the unseen, seen. Embracing the politics of the play and bringing together an incredible team of creatives who are all from the global majority was absolutely vital on this project. We’re also committing to engaging as many Black makers, brands and retailers as possible - for example, sourcing costumes from Black owned companies. I’m proud that, at Northern Stage, we take diversity seriously, both on and off our stages.”

In an addition to the original production, a local ensemble of Black women at each venue will work with movement director Rachael Nanyonjo on the transition between scenes, transforming not just the physical space but shifting the perspective and power. Natalie explains, “I had the privilege of meeting Claudia Rankine in New York and asked her if there’s anything she wished she’d done differently. She thought about it for a moment and then said that she wished she’d given Charlotte – our single Black protagonist – community. That moved and stayed with me. As Black women, our experiences so often shift from traumatic experiences of being “the only one” publicly to nourishing experiences of being one of many, privately. So, this ensemble of women are really important to us, Black women making the production, and really important to the play.”

A co-production between Northern Stage, Birmingham Rep, Leeds Playhouse and Soho Theatre, in association with HOME Manchester, The White Card premieres in Newcastle in May before touring to London, Leeds, Manchester and Birmingham and streaming online from 16 May - 16 July.

Available online from https://www.northernstage.co.uk/Event/the-white-card and from the box office: 0191 230 5151